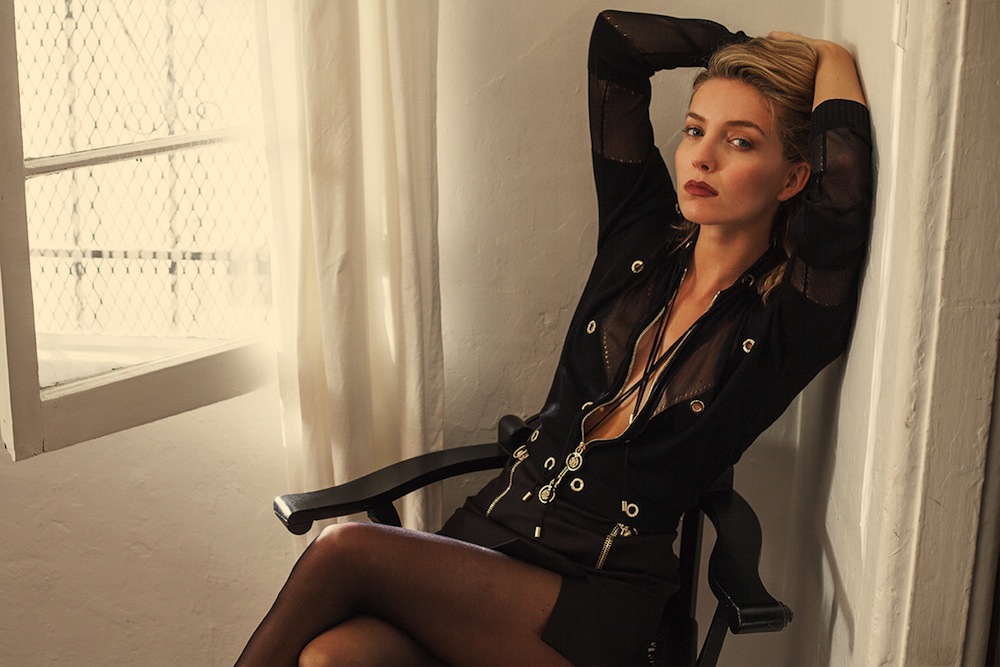 A side-effect of watching Steven Knight’s period gangster series Peaky Blinders is that you might find yourself muttering: “By order of the Peaky Blinders” in a bad Brummie accent. It will pop into your head at inopportune times, not unlike Game of Thrones‘ “You know nothing, Jon Snow,” or Orphan Black‘s “Hello, seester,” or even Fargo‘s “Aw, jeez.” The difference is that no one will know what you’re talking about. For the moment, Peaky Blinders‘ is Netflix’s best-kept secret.

Set in Birmingham after World War One, Peaky Blinders follows the working class Shelby family as they battle the government, the communists, the IRA, the gypsies, and other, more well-established bookmakers and bootleggers for control of the city’s underworld. There’s Arthur (Paul Anderson), the eldest brother who suffers from anger blackouts; John (Joe Cole), the second-to-youngest brother who does what he’s told; Finn, who was just a child when his brothers went off to war together; and Tommy (Cillian Murphy), the family’s Michael Corleone: clever, measured, and a natural leader. If Tommy has any equals in intelligence and common-sense, it is the women in his life: his rebellious sister Ada (Sophie Rundle), his aunt Polly (Helen McCrory), his sister-in-law Esme, and Grace, the beautiful Irish barmaid at his brother’s pub.

For Annabelle Wallis, who plays Grace, Peaky Blinders is the first in a series of career-confirming new projects. The British-born actress recently finished filming Mine opposite Armie Hammer, and Grimsby, Sacha Baron Cohen’s newest comedy. “It’s definitely opened doors,” she explains of Blinders. “This blonde, blue-eyed, very girlish looking actress, who maybe a lot of people perceived as good for one thing, they’ve now seen me play a dark horse, shape-shifting character.”

Later this month, the show’s second season will premiere on Netflix. Most of the characters are back, with a few high-profile additions including Tom Hardy and Noah Taylor as the leaders of London’s Jewish and Italian gangs respectively, and Charlotte Riley (Hardy’s spouse in real life) as a rival love interest for Tommy. Grace, though absent for the first few episodes, also returns.

HOMETOWN: I was born in Oxford. I grew up in Cascais, Portugal.

SCHOOL OF LIFE: [Growing up in Portugal] very much shaped who I am. It’s given me a bigger world to learn from. I went to international school. I had 42 different nationalities in my year and only 44 kids—it was a private school. When new kids came from other countries you would adapt your voice so you could help them understand you. You would speak in their accent. I had no idea that would apply so much to my life now. In Sacha Baron Cohen’s movie I’m South African. In my last movie, Annabelle, I’m American. In Peaky Blinders I’m Irish. It’s like multiple personality disorder gone nuts.

ENTRY INTO ACTING: I’ve always known I wanted to go into acting, but being a very proud teenager I wasn’t ready to admit it until I felt like it was going to be possible. I acted in school and I did some short films in Portugal and some Portuguese theater and things like that, [but] obviously there’s only so far you can go, so I moved to London and pursued it here. It all fell into place very quickly. I got an agent and from that point on I got very ballsy and said, “I’ll get the work with or without you so you better send me to these auditions.” [laughs]

FIRST ROLE: Somehow, I got the first one I went for—I think I was so blinded by adrenaline and excitement. She was an East End showgirl. I just winged it. I remember getting to set and realizing that I was the least experienced one. I remember thinking, “Oh my God, what have I done? What have I gotten myself into?” It worked; I’m still here

FAMILY LEGACY: I do come from an artistic family but I was in no way encouraged. Living in Portugal you’re not really affected by that. You see your family as your family and you see them on Christmas and holiday sort of things. On my mother’s side, [I’m related to] Richard Harris. On my father’s side, there was this famous musical singer named Marie Lloyd in the 1900s. When I did Peaky Blinders, the writer asked me to sing Marie’s song not knowing I was related to her. I went up to him and was like, “Did you know I’m related to Marie Lloyd who made the song famous?” Steven Knight was kind of blown away. It’s a weird thing, all of these generations later there I am, singing a song by my ancestor.

BACK-UP CAREER: [When I was a teenager] I wanted to have a nature reserve. I wanted to be an anthropologist and travel. I had gone all through South America and Africa. I had done conservation in Botswana for a bit. I was very much into those sorts of things as well as acting. It was going to be a job where I’d be out in the world.

GETTING GRACE: I went to meet Otto Bathurst, our director, and the legendary Shaheen Baig, our casting director, in London. They asked if I could do an Irish accent and I said, “Of course,” though I’d never done one before. And they asked if I could sing and I said, “Of course,” even though I’d never sung before. That was it. When I read Grace—I think I had the first two episodes— I was like, “She is for me. She is the only woman I want to play in my career: strong, rich, dynamic, many shades of grey.” Steven Knight is so good at writing women. I liked how she was equal to the men: she was fearless, she was brave beyond common sense. When you start off as an actor you work to work, but later on it becomes about choices—tactical ones, passionate ones, and she definitely was a passionate one. I knew off the bat that that was it. I walked in the room, sat down, and read. I had to sing a song right then and there but it worked out. I sang a blues version of “Somewhere Over the Rainbow.” I have a very deep voice, so it had to be a husky, more Edith Piaf version of “Somewhere Over the Rainbow.” [Steven] looked at me and said, “I will see you very soon.” And that was it.

WORKING WITH TOM HARDY: He looks like he’s having fun? Why wouldn’t he be!? He’s with Cill, he’s on a great set, he’s in good hands. He’s with people who he respects and who challenge him. I think that shows in his performance—that he feels safe on the set because he’s with people who are there for the right reasons, and that’s to create something great in a short amount of time. I think the second season’s getting better and better, and I think the third will be better and who knows how long it will last.

BY ORDER OF THE PEAKY BLINDERS: It’s kind of a silly name for these ruthless killers. I remember telling people I booked this job they were like “What is it called?” I was like “Peaky Blinders” and they were like “What?” It sounds ridiculous but I like it because there’s an instant intrigue about the name. You don’t quite understand it. It doesn’t quite make send but you want to see how it applies to these people.

SEASON ONE OF PEAKY BLINDERS IS CURRENTLY AVAILABLE ON NETFLIX. SEASON TWO WILL LAUNCH LATER THIS NOVEMBER.