Call Him Deacon: The Rising Producer Makes a Bid for Music Stardom 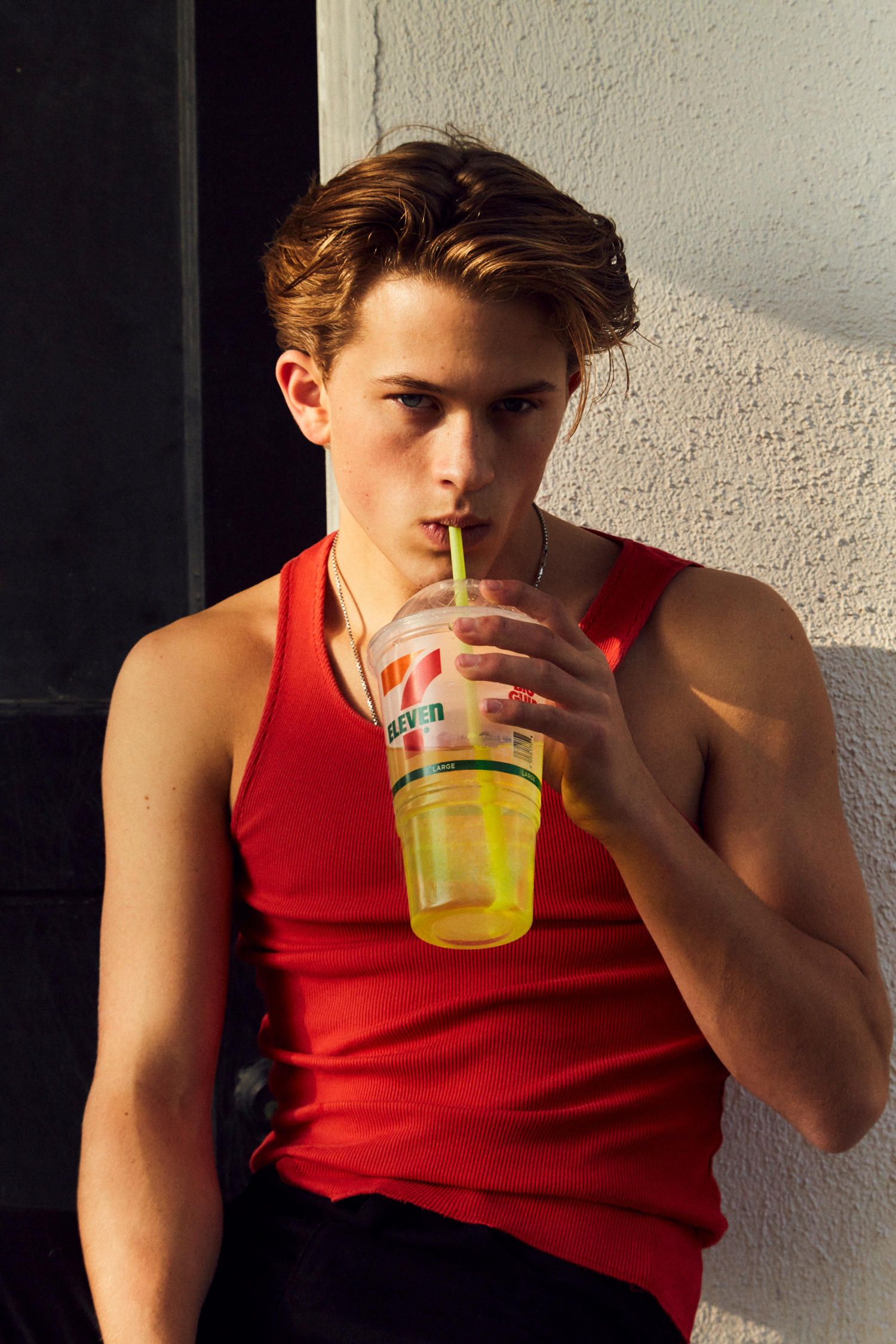 Tank Top (worn throughout) by ERL.

Although he only recently started making music, Deacon Phillippe already knows that connections are forged in the studio. “All the music I’ve made this summer has been done digitally, for the most part,” he says, acknowledging his pandemic-induced isolation. “As things open up, I’m looking forward to collaborating with people I haven’t met yet. I feel like the best records are made in person.” The 17-year-old Los Angeles native is calling from Nashville, where he and his family relocated full-time amid quarantine. It’s a formative age for any teenager, but saying goodbye to his friends, moving his classes online, and releasing music for the first time has made 2020 a consequential year for Phillippe, who records simply as Deacon. Even his debut in Interview is an auspicious one. “When I told my parents about the opportunity, both of them were like, ‘Oh, we’ve done features in it.’” Correction: They were both on the cover. Deacon is the son of the actors Reese Witherspoon and Ryan Phillippe, and he possesses an even split of not just their all-American features, but also their drive. Unlike his parents, though, Deacon prefers to remain behind the scenes—or, in his case, the boards. “When I was listening to the radio in the car with my dad, something just clicked,” he says. “I realized there’s more to making music than just being a vocalist, and that a lot of times it’s the production that makes me feel something. I asked my dad about how it works, and he taught me all the stuff he knew, and then I started watching YouTube videos.” Four years of internet tutorials and plenty of trial-and-error later, Deacon caught the attention of Kygo, one of his favorite dance-music producers, and the seeds of stardom were planted.

His debut single, “Long Run,” featuring vocals by Nina Nesbitt, even cracked the Top 20 on iTunes. In a post–Billie Eilish world, it’s easy to imagine someone so talented and young being catapulted swiftly into the spotlight, but Deacon prefers to retain some mystery for the time being. “I have a teenage voice,” he says, “so I’m going to stick to writing and producing.” And what about acting? It’s in his genes, after all. “That’s definitely something I’m interested in,” he says, but he has his reservations. “From the time I was really young, I remember paparazzi being around. I don’t really know what it’s like not to be seen by the public.”