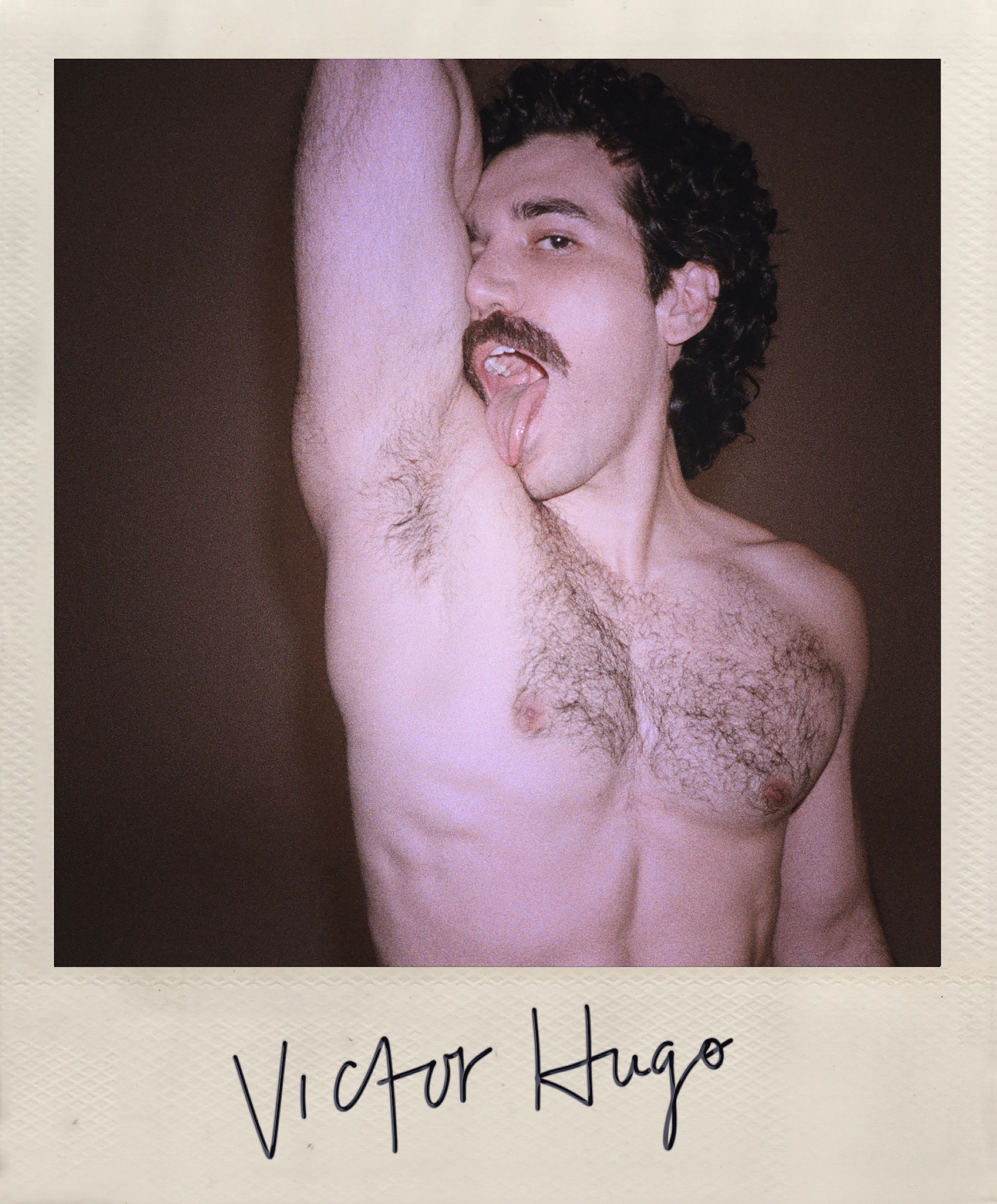 Despite sharing a name with the 19th-century author, Victor Hugo—the main love interest of the legendary fashion designer Halston—was Venezuelan, not French, and his pièce de résistance was his pecker, not Les Misérables. According to Steven Gaines, who wrote Simply Halston: The Untold Story, Hugo’s namesake was a moniker—a vanity title made up for his job as a rent boy that derived from being “huge” below the belt. In the early 1970s, the Caracas transplant arrived in New York with the intention of staying for a week, but he never left, and soon landed on the doorstep of the city’s most eligible gay bachelor.

Smitten with his energy in and outside the bedroom, Halston, as Andy Warhol explained in his 1980 photo book Exposures, “gave [Hugo] a job doing windows. Soon Halston had a theatre on the street. His Madison Avenue windows were filled with pregnant mannequins, suicidal mannequins, and mannequins reading my magazine Interview.” Hugo’s eye for the avant-garde was not lost on Halston, and his ingenuity never overlooked by the art and fashion crowd. As the artist Christopher Makos told us, “[Hugo] was a ball full of energy and creative force. If you hung around him for a while, it rubbed off on you.” Intertwining Hugo into his personal and professional life was not a coincidence on Warhol’s part. As Colacello implied, the pop artist was jealous of Halston’s megawatt success and leveraged Hugo to continually make a fool of the fashion designer. “Andy loved it when Victor showed up at [Studio] 54 in a jockstrap or at a Halston party in a Halston dress, in both cases much to Halston’s embarrassment,” Colacello wrote. “Victor later told me that Andy actually paid him to do these things.” Peter Wise, a man caught in the midst of the rivalry as Halston’s florist and a personal friend to Warhol, said the artist thought the designer was acting haughty and “so grand” since moving into his Olympic Tower headquarters. Though he didn’t imply Hugo was to blame for the contention, one can only surmise that he had something to do with the tension. On the occasion of Warhol’s birthday, Wise recalls a particularly antagonistic moment between the two kings of New York; Halston asked Wise, “‘Do you know what I’m going to give [Warhol]?’ I said, ‘No, what?’ He says, ‘I’m going to give him a bunch of cash, but I’m going to throw it in the fireplace first, so I can sit around and watch him burn his hands.’” While it’s unclear if monetary gain was the sole fuel in Hugo’s fire to create contention between Warhol and Halston, the Venezuelan certainly created a sport out of his dangerous liaisons—and a sport he was quite excellent at. The most insight into Hugo’s cunning personality comes directly from his mouth. In an interview for this magazine’s April 1975 issue, Rose Hartman asked the window dresser to describe himself, to which he answered, “Perhaps you would describe me as jaded, darling, but I prefer to say that in living there is absolutely nothing that is bad. I can only say that I live fully 24 hours a day—and I regret nothing.”