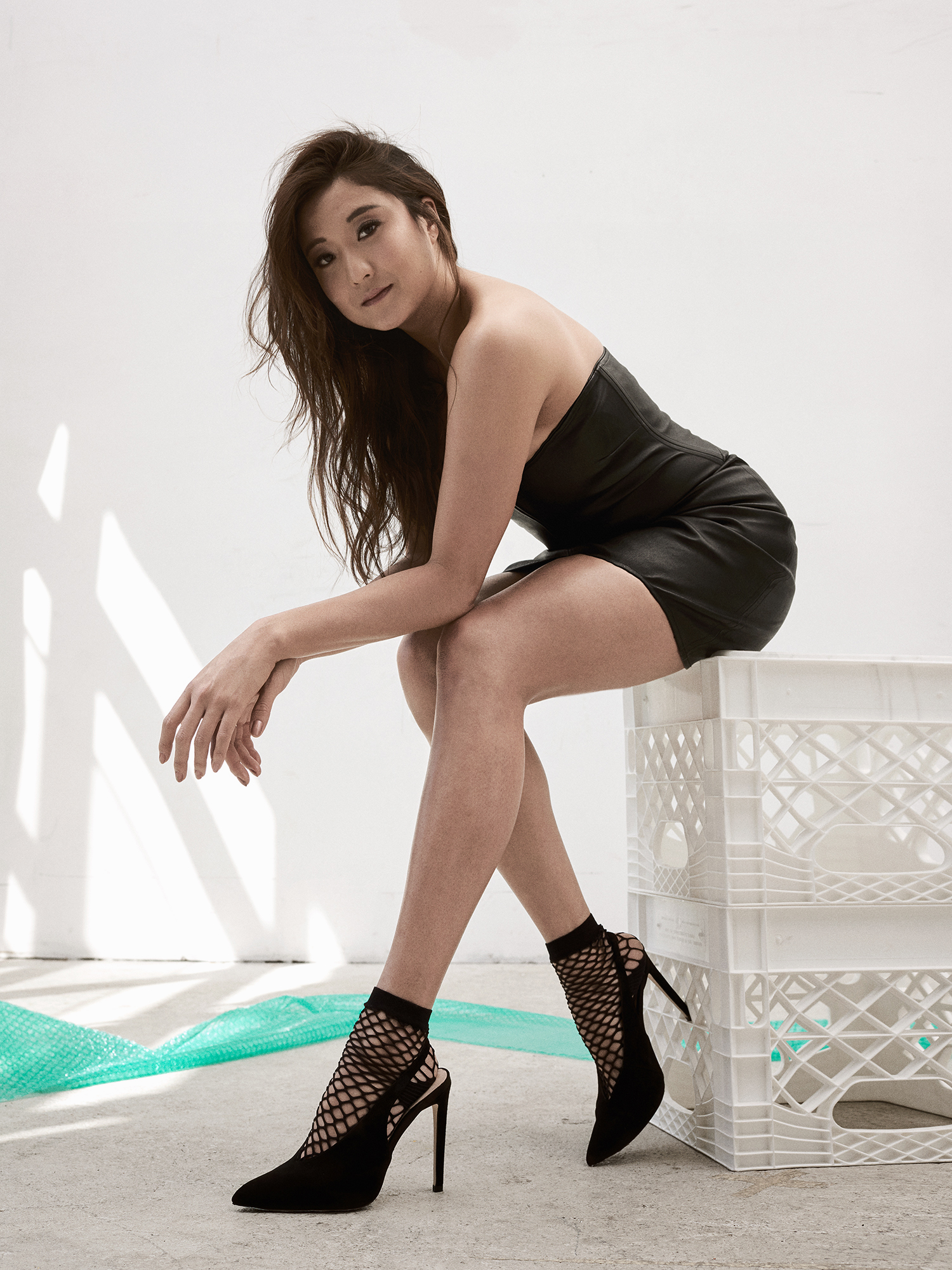 Ashley Park is no stranger to Broadway—the 26-year-old made her debut in 2014 as a member of the Mamma Mia! ensemble, and starred as strong-willed slave Tuptim in a celebrated revival of The King and I in 2015—but her role as popular girl Gretchen Weiners in the new Tina Fey-helmed Mean Girls musical has cemented her staying power. For her tender and seriously funny performance, which imbues the forever-striving Gretchen with real vulnerability and biting humor, she elevates the musical to stratospheric heights. Among a slew of other awards this season, today she was nominated for a Tony for Best Featured Actress in a Musical.

CHILDHOOD: Neither of my parents are in show-business at all. My father’s basically tone-deaf. But they have great showmanship as people, and they signed me up for dance classes very early on. I was always the runt of the class, but I was very, very dedicated. Then I started taking I piano lessons. I’ve always been super musical. But I never thought that musical theater was something I could pursue as a career until much later into high school.

BROADWAY BEGINNINGS: People like to assume The King and I was my real debut, because it was a starring role. But it was completely Mamma Mia! When I landed there I was just out of school and so green. To be in a show like that, which had been running for so long and where everyone had a routine, was incredibly valuable. I got to learn what life as a working actor is. Now I know what a call board is. Now I know how to do tax forms for a Broadway show. All of that would have been so overwhelming to not be a veteran of had I done The King and I first. The King and I was this lush Lincoln Center revival directed by Bartlett Sher. It was so much pressure as it was, so it was nice that it wasn’t my first time around the rodeo.

GETTING THE PART: I heard rumblings there was going to be a Mean Girls musical. When I heard about it, of course I wanted to be involved in it. Tina Fey is a role model of mine. But I wasn’t involved in any of the developmental pieces for the project, though a few of my friends were. Later on, I flew to New York had an eight-minute long audition. And then I got the call that night.

CREATING GRETCHEN: While we’re originating a new musical, in some ways I feel like I pulled a lot of tricks from my pocket of doing a revival. Because these parts have been done before, they’re completely iconic already. Everyone knows Lacey Chabert as Gretchen. I would never want to do an imitation of that. So whenever I’ve done a revival on Broadway, I go back to the text and figure out what the spine of the character is. And what I realized is that no matter what Gretchen’s doing, no matter what secrets she’s spilling, she’s trying to be a good friend. She wants so badly to be good. So I expressed that to Tina one morning, and by that afternoon she had written in the line: “I had never told anyone because I’m such a good friend.” Even just having that one line helped me map out her character better.

BACKSTORY: What I pulled from for Gretchen is that when I was growing up, always, no matter what, when there was a white girl in the room, I was going to be second best. What I love about Gretchen is she doesn’t want to be anything but the beta. She doesn’t want to be the leader. I could relate to that. I love how in this show Gretchen is not the quirky Asian girl. She’s the fragile wannabe, tender, dance party, just-wants-to-please-her-leader girl. She’s just a teenager.

BEING NERVOUS: Now nerves have become second-nature. You know, being an actor is so masochistic. When I’m on stage, I’m forced to go through so many things in my head, including all the ways that I could fail in that very moment.