The writer Anna Khachiyan was a struggling art critic until she elbowed her way into the public debate on her podcast Red Scare, a series of scathing biweekly conversations with fellow Russian-American Dasha Nekrasova. In New York’s center-left bubble, Khachiyan has garnered ire and admiration for her upstream takes on everything from #MeToo to A Star Is Born—which is why we asked her for her gut reaction to a few trending topics, both sacred and profane.

“A little out of touch. But he’s an artist who understands on an intuitive level that there’s a difference between playing with aesthetic symbols and ascribing a moral weight to those symbols. He’s the perfect avatar of the moment, of its bewildering terror where nobody knows what to believe anymore.”

“The left seems generally incapable of producing eccentrics. All of the interesting political personalities of our time come from the right—Stephen Bannon, Roger Stone, Ann Coulter, Candace Owens. The right is producing interesting female figures in spades. We can quibble over whether they’re feminists, but they are definitely self-determined women, as disgusting as their politics may be.”

“They’re confused. Boomers can’t cope with the non-linear ways in which information now travels—the frequency with which it’s beamed through the cosmos. There’s a generational war going on now in addition to the class war. Baby boomers like beating up on millennials for being lazy and entitled and apolitical. But how surprising is it that the biggest generation of narcissists bred the second-biggest generation of narcissists?”

“Cocaine? Rich, bored masochists? Who wants to walk through a hall of modular walls filled with bad contemporary art? But I can’t be too mean because I just gave a talk at an art fair.”

“I want Lala Kent to come on my podcast. I love Lala because she’s the feminist icon on the show and she says things like, ‘If you want your man to take you to dinner and buy you jewelry, you have to give him a blow job.’ I was just like, ‘Amen, sister.’”

“Hottest First Lady of all time. I think she’s a person who desperately wanted to escape communism in Eastern Europe and just wanted a rich husband—don’t we all? Instead, she got herself a husband who’s basically forced onto the world stage as a statesman and politician, and I don’t think she wants all of that.”

“Brilliant. I think the show foreshadowed the current neoliberal moment when people are completely unmoored from their families and any sort of human or cultural connection. The premise of the show is brilliant. A mob boss who sees a shrink? The Sopranos and Michel Houellebecq were the two cultural forces from the 2000s that saw the present we are living in now.”

“Tragic. It’s a perfect storm of big pharma, the complete erosion of social welfare, and all-around anomie and despair. Our generation is probably going to go down in history as America’s Lost Generation.” 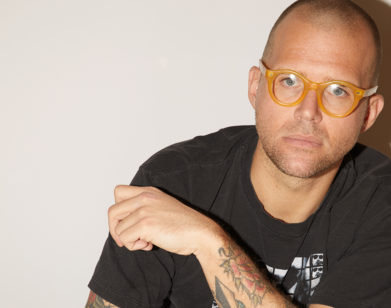