This summer, audiences checked into The White Lotus—a dark HBO comedy set in a sumptuous Hawaiian resort of the same name. Over the course of one week on the hotel’s grounds, the series pulls viewers deep into the most intimate corners of its guests’ and employees’ psyches— and there is plenty of overindulgence and indiscretion to go around. Among a cast of industry heavyweights like Jennifer Coolidge, Connie Britton, and Murray Bartlett  is one Brittany O’Grady, who appears in the series as Paula, a college student tagging along on her wealthy friend’s family vacation. The 25-year-old, Virginia-born actor holds her own as the series unfolds—as Paula digs deeper under the resort’s polished surface, she uncovers the gritty underbelly of wealth and privilege that is the paradox of paradise.

Last week, O’Grady checked out of the White Lotus and into her first New York Fashion Week. She invited Interview along for the ride as she attended the opening fête of Christian Dior: Designer of Dreams: the French house’s new exhibition, curated by the legendary Florence Müller and Matthew Yokobosky, that opened this week at the Brooklyn Museum. Below, O’Grady narrates her night at the museum—with the help of images by the photographer Quintin Belt— and gives us a glimpse of Dior’s jaw-dropping exhibition. 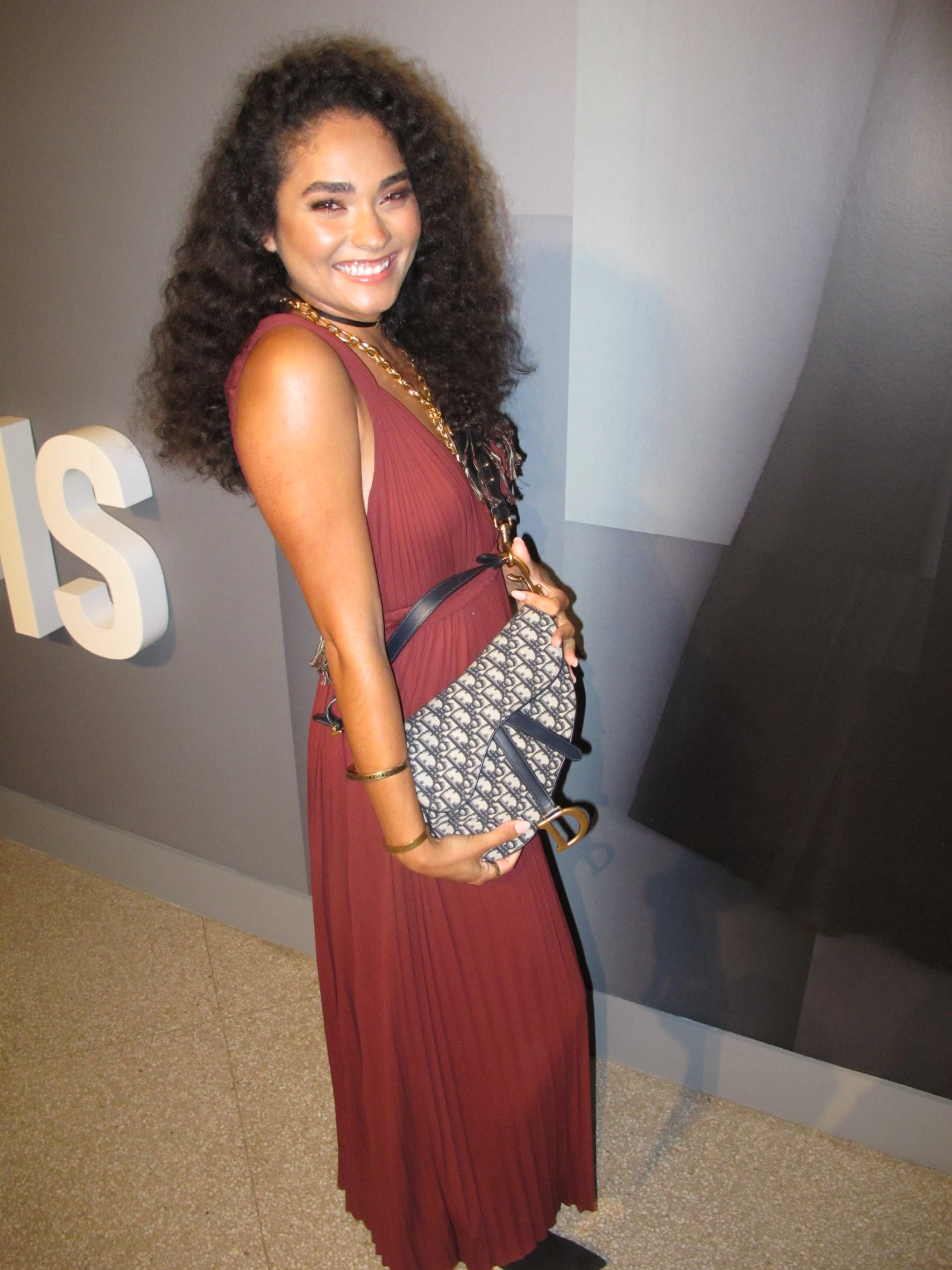 INTERVIEW: How’d you land on this Dior glam for the evening?

O’GRADY: I decided with the Dior team on this dress. I loved the color and the fabric. It was truly comfortable and I felt super powerful in it. INTERVIEW: If you were enrolled at Constance Billard, would Julien Calloway (Jordan Alexander’s character on Gossip Girl) be your BFF or arch-nemesis? XOXO.

O’GRADY: Oooh…depends on if I want to be on Julien Calloway’s good side or bad side, huh? But Jordan is truly a gem 💎 INTERVIEW: If you were a contestant on RuPaul’s Drag Race, what would be your dream “Lipsync for your Life” track? INTERVIEW: Would you leave your Dior Saddle bag alone with Armond (Murray Bartlett’s character on The White Lotus)?

O’GRADY: Only if he’d give me the Pineapple Suite for free. INTERVIEW: Pretend you’re filming as Paula for the second season of The White Lotus, describe the scene:

O’GRADY: She is being confronted about her involvement with the robbery in the Mossbacher’s suite. INTERVIEW: Choose your fighter. Are you going with the yellow eleganza number or fierce magenta princess? INTERVIEW: This ensemble screams Tanya McQuoid [Jennifer Coolidge’s character in The White Lotus]. Where do you envision Tanya wearing this?

O’GRADY: Tanya’s rehearsal dinner with Greg [Jon Gries] when they decide to tie the knot. INTERVIEW: Is Dior the designer of your dreams? What was your favorite element of the exhibition?

O’GRADY: Dior is definitely a dream. The exhibition was truly magical. I loved how the dresses were displayed, showing the magnitude and the power they all hold. Eleganza extravaganza from the Dior Archive. Fashion with a capital F! We want a seat at the table with these ladies!