By Seth Rogen and Ben Barna 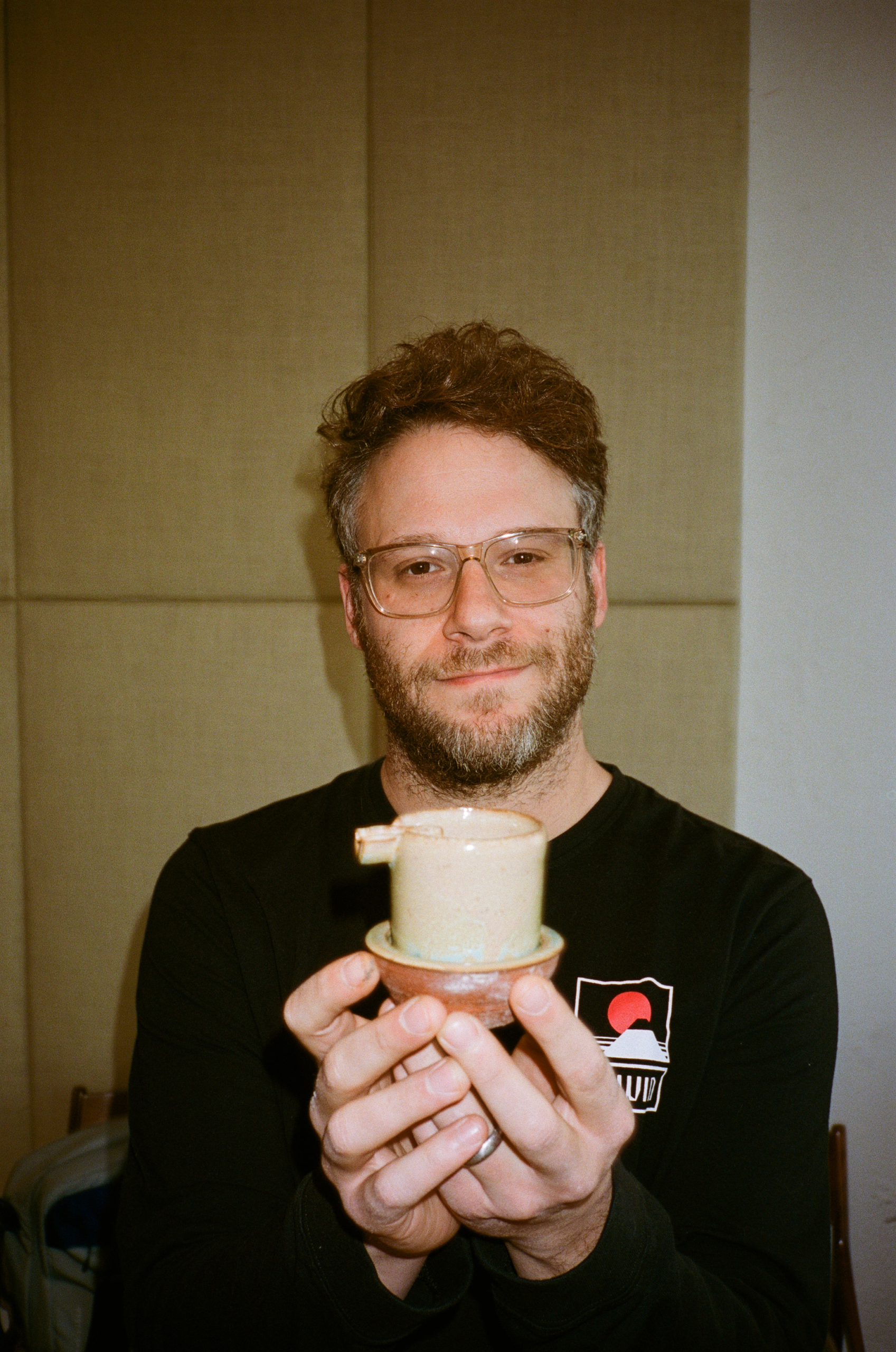 While searching for the perfect place to rest his joints, the writer, director, producer, and actor Seth Rogen began making his own ashtrays. And now he’s hooked.

“I have a busy mind, so I’m always looking for ways to keep myself occupied. The work I do is very intangible in a lot of ways, so being able to create something you can hold in your hands is very appealing. My wife has been doing pottery since high school, and she’d been trying to get me to do it for a while. Kind of parallel to that, I had an obsession with ashtrays, so they seemed like a good place to start. For one thing, they’re small and kind of easy to make, and because I smoke joints all day, I interact with them a lot. I’m always looking for a little place to rest my joints—a little bed—and I’m always imploring people not to stamp out their joints because it fucks them up. So this became the perfect chance for me to create the exact ashtray I wanted, and then I started making little saucers to rest my ashtray in, which, as it turns out, doubles as another ashtray.”

“When I first started, I didn’t know I would like it as much as I do. Me and my wife joined a studio near our house in Los Angeles, and we just found ourselves, in every moment we could, wanting to go and do it more. My first ashtrays looked like a kid made them. I knew I had a long way to go, but at the same time, I was able to make the thing I was trying to make. It was rewarding to use my own ashtrays. Right away, I really responded to smoking weed with the ashtrays that I had made, even though they were really shitty at first. There would be some days where I was super proud of myself and some days where I was saying, ‘I just can’t fucking do this.’ Just this morning, I broke a big vase taking it out of the kiln, which was incredibly frustrating.”

“We set up a studio in our home, because to be able to do it in your free time and not have to drive somewhere is really nice. We also couldn’t bring our dog to the studio, and we just didn’t like leaving our dog at home for hours on end. I identify as a lazy person in many ways, but then I slowly came to terms with the fact that I actually enjoy doing things and that I find it more relaxing to actually create more things and find more outlets of expression. That, to me, is more relaxing than just sitting around doing nothing—sometimes. I also spend a lot of time doing nothing. I’m probably watching a little less reality television because of pottery, but I still watch quite a bit of reality television.”

“Weed has always been intrinsic to my productivity. I’m a highly productive person, and I think part of the reason I enjoy being productive is because I’ve found a way to incorporate the things I really like doing into my job and my life. There’s no activity I do that I don’t smoke weed while doing, and pottery is no exception. I look forward to going home and doing something that has nothing to do with my actual job, and I hope to just keep doing it and keep getting better. There’s no endgame in sight, although it is nice when people seem to like it. I’ve made enough things in my life that people hate.” —As told to Ben Barna