Welcome to Thirstory, where we whet your appetite with pages from the Interview archive that were almost too hot to print. This week, we untuck Herb Ritts’ iconic portfolio of Madonna featured in our June 1990 issue.

Three decades ago, Madonna embarked on the Blond Ambition World Tour, a traveling circus synonymous with its religious schtick, Jean Paul Gaultier cone bras, and being dubbed “one of the most satanic shows in the history of humanity” by Pope John Paul II. 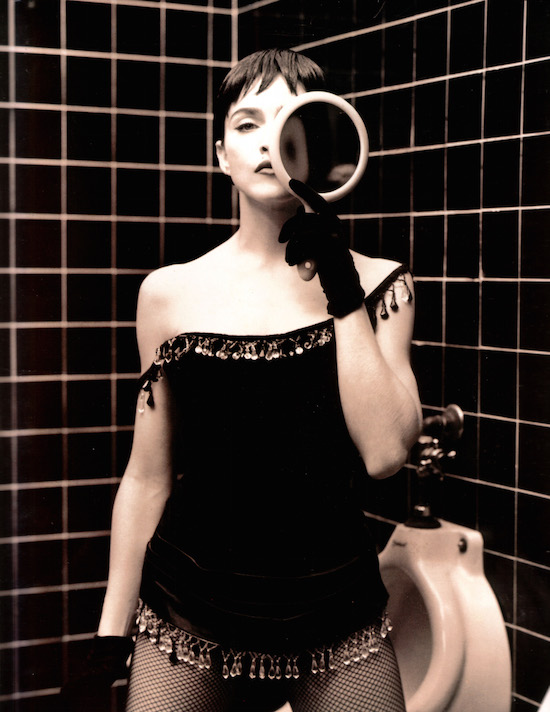 Talking to Glenn O’Brien during the tour, the Material Girl, then 32, admitted, “I do think someone is protecting me. I don’t know if it’s an angel. It could be the devil.” It turns out those guardians were Interview’s editors, who endorsed Madonna’s crotch-grabbing in all of its glory by featuring it front and center on the June 1990 issue (released mere days after she performed in Canada). In the cover portfolio by Herb Ritts, confidence perspires from the pages. As she poses in a men’s restroom, the pop icon is flanked by urinals, harnessing her sexuality in a way that eclipses the brazen erotica of the photos, exuding the power and prowess that epitomizes why she’s appeared on more Interview covers than any other person.