Kendrick Sampson on His Relentless Pursuit of Liberation 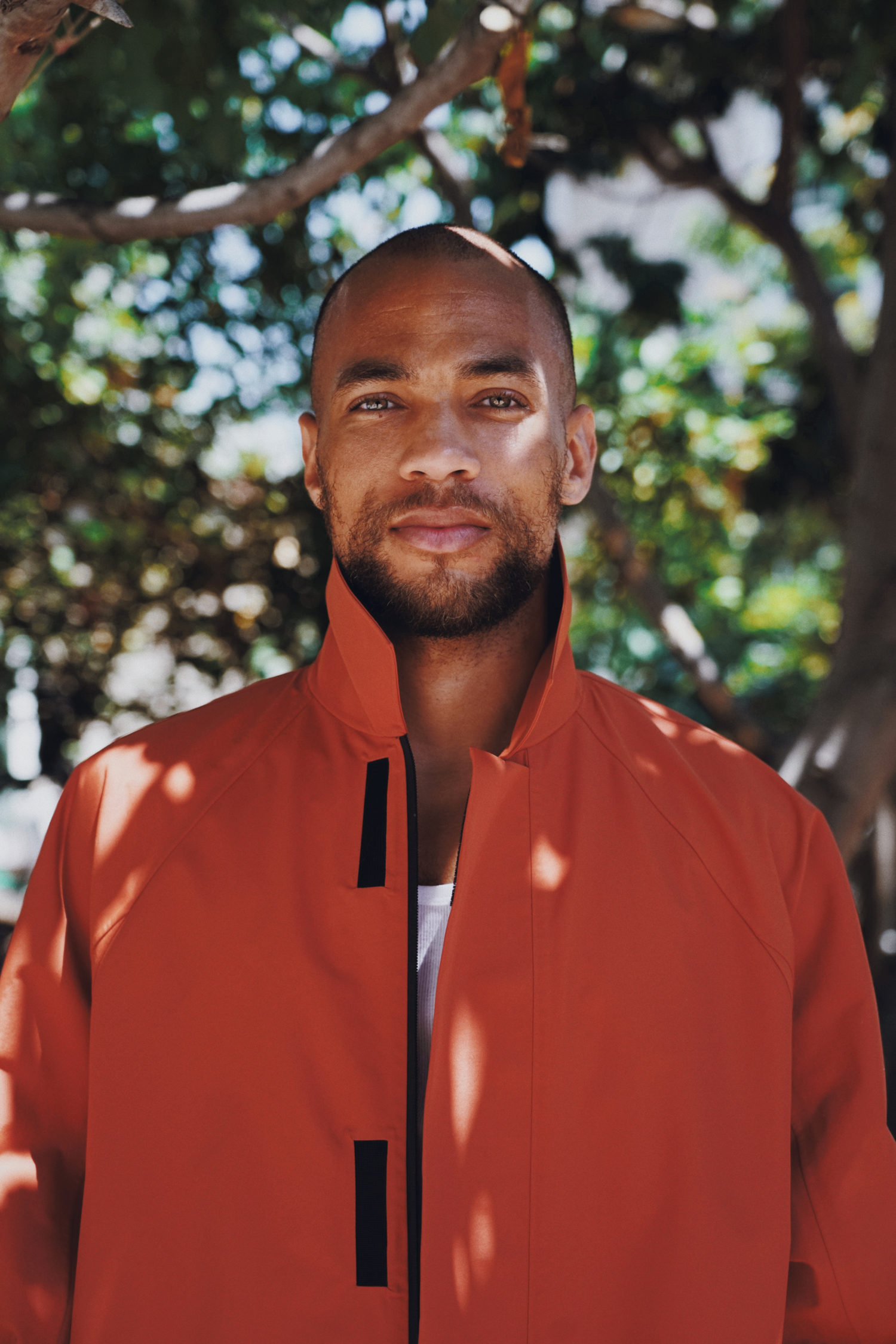 Shortly after arriving, at the age of 18, in Hollywood from his hometown of Houston, Texas, Kendrick Sampson joined the Robey Theatre Company, a nonprofit troupe dedicated to staging new plays written about the Black American experience. His time there galvanized the now 32-year-old actor, who, in addition to appearing in projects such as Insecure and Miss Juneteenth, has embraced activism, joining the Los Angeles chapter of Black Lives Matter and cofounding BLD PWR, an organization that seeks to dismantle racism in the entertainment industry.“As much as I’ve always dreamed of being the lead in massive films and winning awards, at the end of the day, that’s not my purpose,” he says. “Those are tools to effect change, stages that I can use to amplify the real work of liberation. At the end of my life, I want to be able to say that I did all I could to leave this world better than I found it. That is the end goal.”

BEN BARNA: Did anything that you witnessed as a working actor in Hollywood further galvanize your activism?

KENDRICK SAMPSON: Of course. I experienced police brutality before I was 18, and when I got to L.A., I got pulled over all the time. And then I saw glorification of police brutality in all our stories. And even just little things, like not having black barbers or hairdressers on set that could tend to our needs, and not having black executives to look out for us. Whenever we had a question or a concern, or we had experienced racism or racist remarks, who do we go to? And even our reps, a lot of the time, didn’t have the tools to fight for us. Some white person at the union is like, “Well, I’m very sorry to hear that.” And it’s like, what are the repercussions? As much progress as we’ve made, we need to make exponentially more. We haven’t even scratched the surface.

BARNA: Can you talk more about the intersection of your acting and your activism?

SAMPSON: The first theater company that I joined here was Robey Theater Company, which was named after Paul Robeson. So I got introduced to him at 18, and I was like, “He is the model for what I should be doing with my career.” And then I had a community of Black women that surrounded me and introduced me to Black acting coaches, and I learned how to value who I was even more, and really dive into that. I lived in Ladera Heights, a very Black area. We have a very anti-Black culture, but I was poured into it in a different way that was affirmative. There was a lot of discouragement, don’t get me wrong, but outside of that discouragement, I had people that elevated me, and eventually led me to a more forward-facing activism. At first it was done through my art, and just trying to fight for better roles for my friends. Not having anything on my resume, but telling my agent that I was not about to do these roles that perpetuated negative stereotypes of Black folks. And they were like, “You ain’t got no money and nothing on your resume.” And I was like, “Yeah, but that’s my face on that role, so how’s that going to work?”

BARNA: Have you ever been concerned about how your outspokenness might impact your career?

SAMPSON: Of course. There’s a lot of persecution that I feared, but I was emboldened by my purpose  and my spirituality. I’ve always dreamed of having awards, and being on stages, and being the lead in massive films, and having influence over culture. But at the end of the day, that’s not the purpose. Those are tools to affect change, sages that you can use to amplify the real work of liberation. But they are not the end goal, they’re mile markers, if that. That money doesn’t go with you when you die.

BARNA: Tell me more about BLD PWR and what you hope to accomplish with it.

SAMPSON: I co-founded it with Tia Oso and Mike de la Rocha. Hoping to make this cultural shift permanent is really the goal of BLD PWR. It’s a culmination of a bunch of people’s work, in trying to organize Hollywood around social justice issues, and connect Hollywood to the real liberators around the country, the radical folks that have been doing this work for a long time. There was a lot of trial and error, and a lot of coalition building with other folks, other artists, other actors who were trying to find their own way through, without any sort of mentorship, or program, or organization, so we decided to work at being that initiative. Hollywood perpetuates an oppressive culture, so we want to change that too. We tend to have such influence over politics and culture, and we want to organize Hollywood in a very strategic way and create safe spaces for us to commune with, and build community with radical liberators and academics, like some of the photos you see back in the Harlem Renaissance. And really create a culture of liberation in Hollywood.