When Aaron Maine sits down to write a song, he doesn’t do much else until it’s finished. From a restaurant within walking distance of his downtown Manhattan apartment and home studio, the 31-year-old musician, known to his fans as Porches, outlines the process: He starts the morning with an idea; spends the day ambling around the neighborhood, thinking about ways to develop it; returns home to start recording; keeps at it until it’s done. “I’ll sit there,” he explains, “pulling my hair out, trying to come up with one line, just to finish an idea and have something that’s listenable all the way through. I feel like that’s when all the magic happens, when you’re just fully in it.” Shirt and Pants by Salvatore Ferragamo. Bracelet (worn throughout) by Lady Grey.

Porches first emerged as a shaggy indie rock band in 2010, as Maine was relocating to the city from his childhood home upstate. Not long after, he swapped his guitar for a set of synthesizers and began writing and playing hooky electronic pop songs about love, sex, and ennui. Ricky Music, the fourth and latest Porches album, finds Maine changing it up again, swapping traditional verses and choruses for jagged sonic shards that come together with the indeterminate logic of a dream. Maine’s blend of pop directness and formal experimentation is reminiscent of Dev Hynes, who contributes vocals on the new album. Shirt and Boxers by Dsquared2, Pants by Dior Men, Necklace (bottom) by Pamela Love, Shoes (worn throughout), Aaron’s own.

The songs on Ricky Music don’t transpire in the present moment, but emerge from the haze of memory, or hover in some longed-for future that may never come—a sensibility expressed in the lyrics and in the elliptical structure of the songs, which tend to end sooner than you expect them to, dissolving just as they’re beginning to take shape. But if the creations are ephemeral and enigmatic, their creator is not. “When asked, with my life, what I’ve done,” he sings over an electric piano as the song “Wrote Some Songs” draws to a close, “I screamed, ‘I wrote some fucking songs.’” 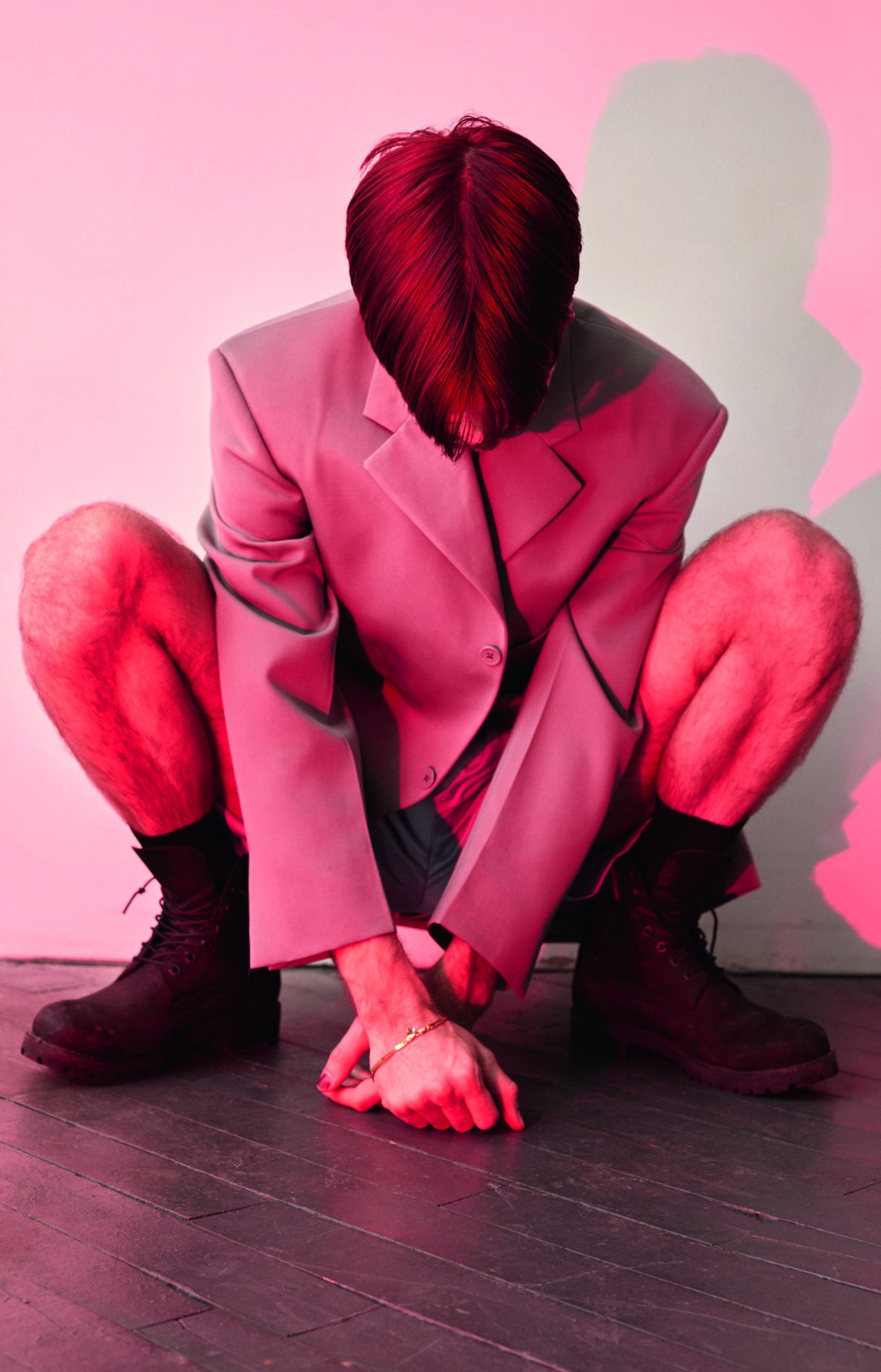 Jacket and Shorts by Louis Vuitton Men’s, Socks by Dsquared2. Shirt and Pants by Prada.