What makes Toni Braxton happy? Hip-hop and a nice cigar 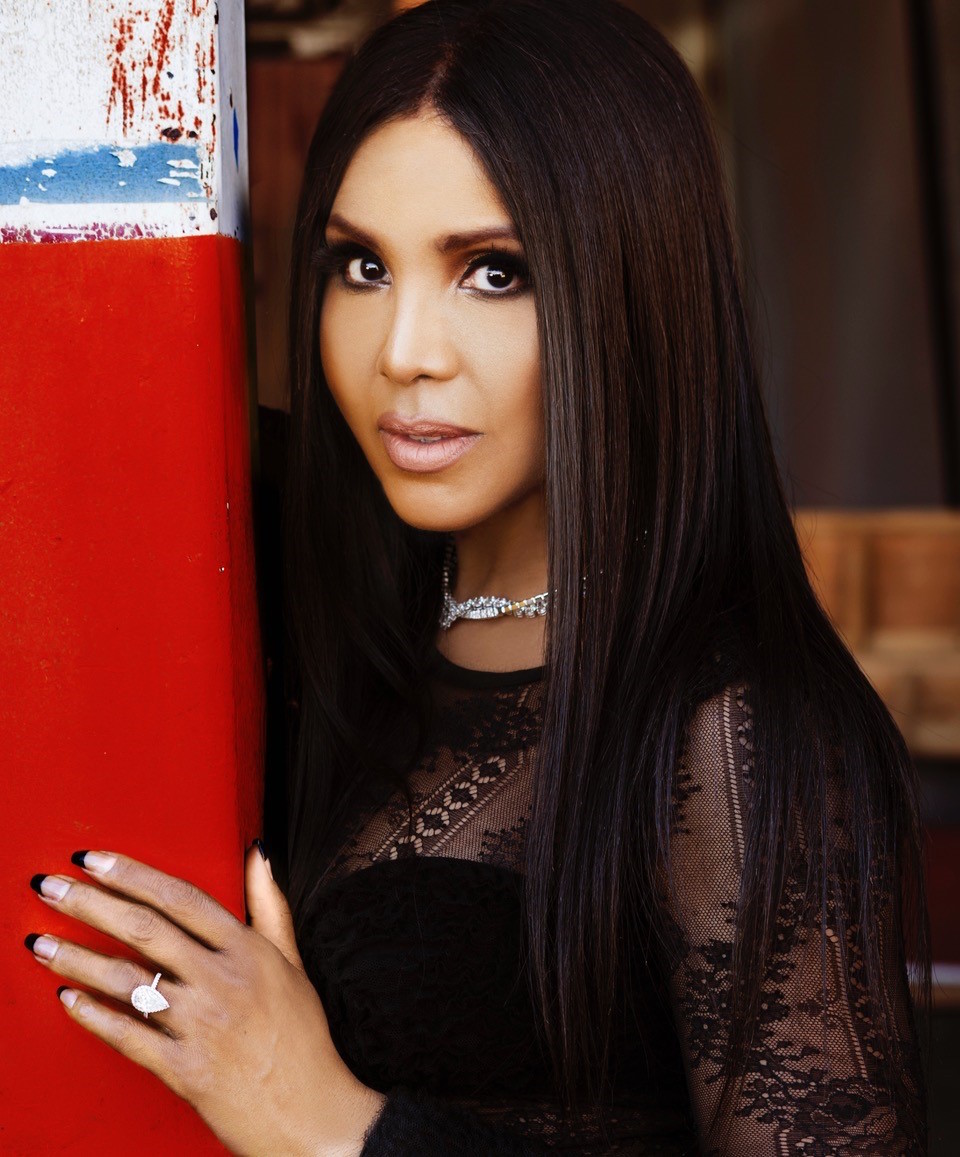 Legendary chart-topping singer Toni Braxton returned last Friday with her eighth album, the remarkably purple Sex And Cigarettes. An examination of trust and the vulnerability at the center of relationships, the album marks her uncensored debut for Def Jam.

Braxton ruled the ’90s with a string of chart-topping R&B jams like “Un-Break My Heart” and “Breathe Again,” cementing her rightful throne as queen of lovelorn ballads with a fiery edge. Over the last decade, Braxton has starred in a hit reality show, Braxton Family Values; in 2014, she released a duets album called Love, Marriage, & Divorce with her longtime collaborator Kenneth “Babyface” Williams. More recently, she announced her engagement to the Cash Money founder Birdman.

And she’s primed for a return to the charts. Though she’s struggling with Lupus, it’s clear that Braxton has regained her youthful energy, occasionally indulging in a good Cuban stogie.

DALE EISINGER: It’s been 25 years since your debut record. What are you reflecting on in that time between that record and this new one?

TONI BRAXTON: Wow, 25 years ago I was so green. I was such a creative and I had so much happiness, just because I was green. Then it got weird in the middle because I learned about the music business and that took some of the creativity away. And now, 25 years later, I just want to have fun and sing. I want to enjoy it. I can never have that green-ness again, but I can have that creativity that you have as a new artist.

EISINGER: So the business got in the way of you enjoying the singing?

BRAXTON: With every artist and in any business that you’re in, when you learn the business of what you’re doing, you have to accept you [have to] keep it corporate sometimes. But you forget we’re artists and you have to remember it’s about creativity. On this album, I said, I’m just gonna let it be organic and let it be indicative of who I am, have fun and be creative. I didn’t want to put myself in a box this time. I’ve been doing this type of music for a long time and I didn’t want it to sound dated.

EISINGER: Have you found ways as a creative person to reset your perspective?

BRAXTON: You only get one time to be green. That’s your first album. That’s why a lot of new artists, and the best new artist categories, are really important. And a beginning artist who has sustained their career will tell you it’s their first album that was their best or their favorite one, whether it was a success for them or not. It’s that first one that did something for them and it’s magical because you knew nothing about anything except the art form you were performing.

EISINGER: And you did win that best new artist Grammy in 1994.

BRAXTON: I did, and it’s very, very important to me.

EISINGER: You’re working with Def Jam on this record. You’ve worked with a lot of labels, and not all of those relationships have been exactly prosperous. What are you looking forward to with Def Jam?

BRAXTON: When you think of Def Jam, you think of Russell Simmons, you think of hip-hop. Def Jam has changed a lot over the years. You have Mariah on Def Jam, a lot of ‘90s artists who made their way there. Def Jam has a lot of young, brilliant artists, and it reminds you that it’s okay to think outside the box sometimes, to remember when you were young and how you didn’t care. It’s so nice not to care about what anyone thinks.

EISINGER: You recently announced an engagement to Birdman. How much of that relationship is reflected in the music of this album?

BRAXTON: There’s nothing. This album’s a little bit about infidelity. And we’ve been knee deep, since we’ve been together, I’ll tell you that right now. So not a lot. I found out about that stuff the hard way, and it left me stronger. But he was always there to hear the lyrics and the songs, and that was so sweet. So this is about love and love gone wrong and trying to fix it and demanding that you make things better and having respect for yourself and demanding to be respected, but at the same time being vulnerable and knowing that love can make you do silly things and it’s okay to be silly.

EISINGER: What kind of silly things are you doing?

BRAXTON: Well the lead song, the title track, “Sex and Cigarettes,” is about your partner coming home and smelling like sex and cigarettes. Maybe it literally smells like that, or maybe it’s that you know there’s another thing going on, knowing there’s infidelity, knowing there’s an affair. There’s another song on the album about, at first I really loved you, but I don’t love you like that. There’s a song called “FOH.” Do you know what FOH means, Dale?

BRAXTON: If you don’t want to be with me, FOH. So it’s got those songs that are vulnerable. It’s got those angry songs. It’s got all the emotions and the roller coaster of being in love and falling out of love and getting back in love and hoping that it works out in the end. And love prevails.

EISINGER: You seem like you’re in such a positive place, just hearing your voice. I know you’ve been through some health troubles recently. How do you maintain that positivity in the face of all that?

BRAXTON: I’m not going to lie to you, Dale. Some days I am not positive. Some days I am mad that I’m ill. But today’s a good day. And I’m going to thank you for being patient. I know my body and sometimes I push it more than I should. I think all artists do that, whether they’re sick or not or have an ailment. I just know that I have to remind myself to pace it. I have to just pace it just for me and everything will be okay. It works much better if I do that.

EISINGER: I can’t imagine being the magnitude of artist that you are and having to deal with those kinds of things. It’s very inspiring and I’m sure to a lot of people.

BRAXTON: Thank you for that. I look at Selena Gomez and I say, good for her. And she’s young, and she’s beautiful, and imagine that you want to go on tour, but your body won’t let you. And it can be disappointing sometimes. And it fills you with so much anxiety. But seeing what she did … she’s a survivor, a trooper and she’s got it. She’s a reminder that this will pass.

EISINGER: I know you’re a fan of Drake. Who else are you following these days?

BRAXTON: Everybody knows I love Rihanna. That’s my girl. I love Lil Wayne. I love Lil Kim. I love old-school hip-hop. So you’ll find me listening to MC Lyte, A Tribe Called Quest, even MC Hammer. I love hip-hop. It’s my favorite entertaining, leisure music. But sometimes I have to take it back old school and put on a little Quincy Jones. I just love the music. My music is for healing your heart, for when you’re partied out. I just love to sit in my office listening to hip-hop with a nice cigar.

BRAXTON: I don’t smoke them a lot. I have Lupus, so it’s not something that I can do a lot. I can’t splurge. But I have my vices and every now and then I take a couple puffs from a nice Cuban stogie that’s not too thick, that’s a little moist, not too much, just the right consistency.

Toni Braxton and Missy Elliott on the Power of the Tongue