YOU'RE ON YOUR OWN, KID 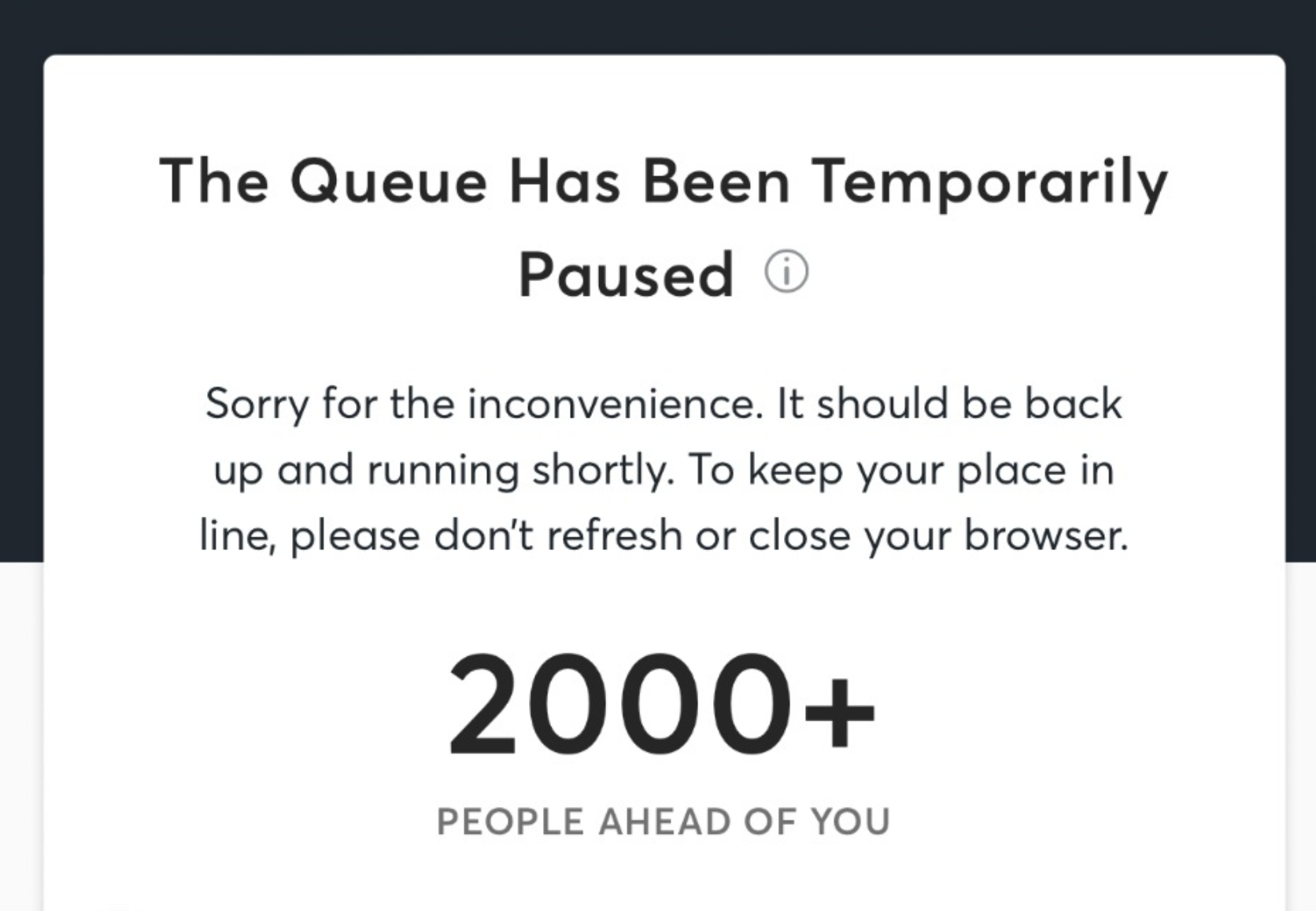 Never underestimate the power of Taylor Nation. The deluge of presale traffic for Taylor Swift’s Eras Tour, her first in nearly five years, brought the world’s largest ticketing site to a grinding halt. More than two years after Swifties mourned the cancellation of Lover Fest due to Covid-19, they gathered in online queues across the country anxiously—and patiently—awaiting their chance to secure tickets to Swift’s 2023 stadium tour, kicking off on March 17th, 2023 in Glendale, Arizona. What they encountered was chaos and confusion. Ticketmaster, it turned out, was woefully unprepared for the sheer volume of Swifties hoping to buy tickets, inspiring a tweet from Congresswoman Alexandria Ocasio Cortez decrying the service’s merger with Live Nation. “Daily reminder that Ticketmaster is a monopoly,” she wrote. The sentiment was shared across Twitter by Swifties, all well-versed in the ins and outs of antitrust law, who’d cut class or taken off work for the chance to see Taylor perform songs next year from each of her ten studio albums. So we reached out to several of them to gather dispatches from the trenches of the virtual queue. In the words of one dejected devotee, “It was so stressful. Everyone had a bad time.”

“I’m a writer who was planning to spend the day procrastinating anyway, so I’m actually sort of loving the queue experience. I’m obsessed with Taylor Swift, so any day I can spend intermittently thinking about her (with both rage and flashes of adoration) is a day very well spent. PS. Pray for me.”

“My queue is loaded about halfway at this point and I’m not feeling very optimistic at the moment. My coworker logged on at the same time as me and has already gotten her tickets. I’ve been a fan since 2006 and the last tour of her’s I went to was Speak Now. So I was really excited about this tour. But Ticketmaster has just made this an unbearable experience. When I had presale for Bruce Springsteen tickets, I believe different shows had gone on sale on different days to prevent this exact thing from happening. I don’t understand how major companies like Ticketmaster can be so incompetent in preparing for something like this. They had to know their servers would be unable to handle the influx of fans trying to buy tickets for a stadium tour for Taylor Swift. And yet they seem to have done nothing to prepare. And knowing I’m still going to have to pay an arm and a leg for Ticketmaster’s service fees is infuriating. Concerts, even for artists as big as Taylor Swift, should be accessible to all.”

“I was actually rejected from the presale—apparently I am not a “verifiable fan”—so I am just sitting here at work twiddling my thumbs, reading firsthand accounts on Reddit of Swifties who are stuck in a hellscape of their own creation while they wait for their tickets. I think it’s my way of coping but I genuinely feel relieved that I don’t have to deal with this.”

“I think that although I may sound like I’m exaggerating, what Taylor has done so far for The Eras Tour is going down in pop-culture history. Ticketmaster should’ve known better and prepared more efficiently for all of this mess, but I’m not surprised it’s gone the way it did. I’m sure it’s more difficult said than done, but they could’ve avoided this delay and chaos. Regardless, I think it’s phenomenal that Taylor has caused this much of an impact around a tour that is nowhere even started yet. I’m excited to see how it all plays out down the line for her!”

“My friend and I are from Canada and decided we’d go to New York for the weekend so we can see the show in New Jersey. We both signed up to get codes for the Jersey show, with the 27th as our primary date. I got waitlisted and she got a presale code for the 26th, which is a Friday, but we aren’t sure if we’ll be able to make that day, so yesterday she DM’ed Ticketmaster to ask if the code could be used for the 27th instead. They told her that it could be used for any of the dates in our selected market. Logging onto Ticketmaster took 20 minutes because it kept crashing. But it finally worked. When I selected May 27th, I got a notification saying “right artist, wrong date.” It wouldn’t let me go into the waiting room for any day other than the 26th, so either Ticketmaster had communication errors with their team or they lied to fans. We panicked and decided to try to get tickets for the 26th. The queue loaded at 10am and it said there were  2,000+ people in front of me. It was going slowly, but at least it was moving. Then it just totally stopped moving. My class started at 11:30 so I just kept it open on my laptop during the lecture and the line didn’t start moving again until 12:30. I managed to get two 300-level tickets. So it took about three whole hours just to get two tickets, which sucks, especially considering they’re not for the date we wanted.”

“I couldn’t get an Artist Presale code despite listening to what I thought was a sick and twisted amount of Taylor Swift’s music. But it turns out I have nothing on these stans. They’re just too powerful and appear to have nothing else to do but stream Taylor on a near constant basis. So then we tried to get into the Capitol One sale which was just like… so embarrassing. I’m sure you can understand. Then the website crashed and I watched my dreams crumble into pieces. I just want to see Taylor Swift sing and dance in a football stadium on a warm summer evening. For a reasonable amount of money. Is that so much to ask?”

“Ok so, THANKFULLY I had the day off today because the whole debacle has taken four hours and counting! I love Taylor and this is going to be a huge tour celebrating her whole career, which is the main appeal of why I need to be there so badly. Ticketmaster lets us down time and time again. It’s a bloodbath for every concert. Their practices regarding verified fans, presales, platinum tickets etc. really disgust me. The fact that they hand-select certain people to have the opportunity to try to buy tickets, and leave everyone else in the dust, is truly so wack. I was selected as a verified fan, many were not, and I still won’t be able to get a ticket. As I sit here, I’m staring at a completely gray seating chart. Once I was allowed in to buy tickets after four hours of waiting, there’s nothing left for me. I’m battling for my life!”

“This has been such a tough morning for so many Taylor Swift fans. I have been on since 8am for the “Verified Fan Sale” at 10am and almost five hours later I’m still in the queue after numerous crashes due to the Ticketmaster site being over capacity. I’ve been on the phone all morning with other fans who are just heartbroken and crying because this is such a dream for so many people. It’s really tough because Ticketmaster wasn’t prepared for the record-breaking amount of fans, even after Ticketmaster’s process for the fan verification crashed as well. I’ve been reading all the replies to my tweet and I am so happy for all the Swifties who were able to secure tickets, but it’s hard not to cry and be disappointed about not being one of the lucky ones.”

“It was a huge mess. Between like five friends, we got in twice after waiting for literally five hours. The first was for May 26th and it was completely sold out after waiting for like four hours, and then for May 28th it let me in, but there were only single seats in the 300s or like $800 seats on the floor with VIP? It was so stressful. Everyone had a bad time. We got tickets in the 300s after the five hours for May 27th. I think they should’ve had three tiers of presale, one for Lover Fest ticket holders, one afterwards for fans with boosts, and then a third presale for everyone else who got a code.”

“Basically, I was not convinced at all I was gonna get tickets originally. I’m a broke college student and I knew the resale prices are gonna be through the roof. So imagine my surprise when I got selected for the presale. I was ecstatic last night when I got my code because it actually meant [I had] a fighting chance! I was basically waiting for the waiting room to open, and just as it did, I of course clicked to join. Ticketmaster then told me I was not a verified fan. I know the account is correct, they emailed and texted me, so I know I’m verified. Other people have had similar issues. I’ve been trying for the past three hours basically just to join the line. I knew this was going to be difficult, but I was willing to settle for any seats. Now I’m most likely not going to get any. I have to go to work and can’t afford to be staring at my phone or computer praying for it to start working.”