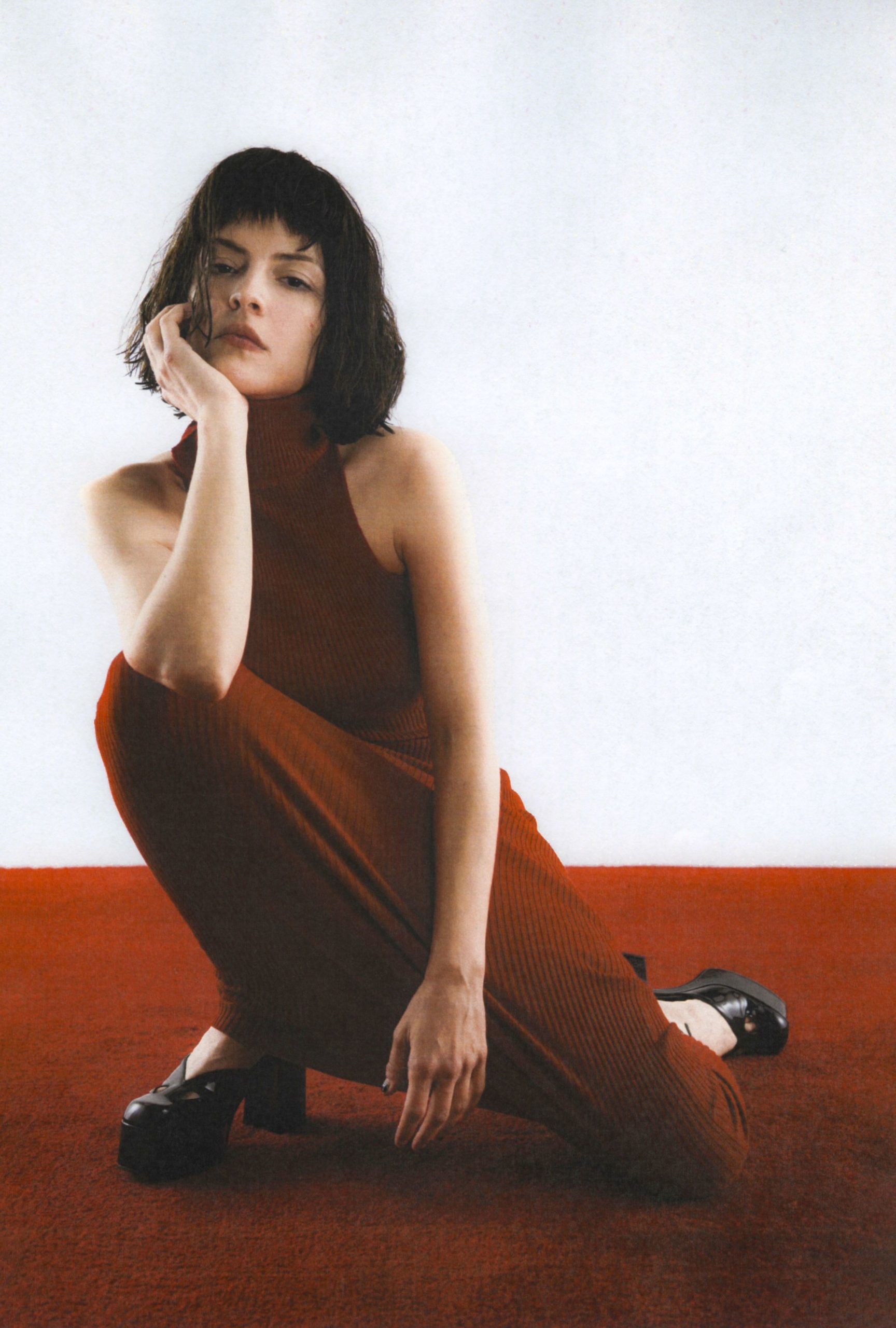 This summer, The Marías released CINEMA, a full-throttle, debut studio album. Despite their limited discography—the enigmatic soul pop outfit previously had two EPs under their belt—The Marías’ oeuvre has all the polish and silky suaveness of a legacy operation. Perhaps it’s for this reason that the band, made up of Puerto Rican-American singer María Zardoya and Josh Conway— her partner and the band’s drummer—has accumulated a dedicated following in recent years. Listeners have come to expect synth and smooth vocals from the band, but CINEMA offers a deviation from their typical fare, with sweeping string arrangements, reverb-filled garage pop, and grungy electronica on full display. “We have no idea if people are going to like these songs,” says Zardoya. One person who likes them very much is Sven Eric Gamsky. In fact, Gamsky—known to listeners as Still Woozy—liked CINEMA so much that he recently remixed “Hush,” in collaboration with the band. Below, Zardoya sat down with her biggest fan to discuss everything from ghosts, to costume contests, and acid trips.

GAMSKY: Okay, so the first question I have for you is where did you grow up?

ZARDOYA: I was raised in Atlanta—I usually just say I’m from Atlanta, because nobody knows Snellville, Georgia, which is the tiny town where I’m actually from. It’s a church on every corner, Stranger Things kind of town.

ZARDOYA: They have a motto, “Where everybody’s somebody.” There were rumors that some of the houses were haunted. We’d ride our bikes to those houses and poke around.

ZARDOYA: I loved things that were haunted for some reason. I have never experienced anything supernatural, but I was always curious to entertain it.

GAMSKY: Well it’s weird, last night I woke up in the middle of the night, and it felt like there was something in the room with me. I was so freaked out, and I had to play music to distract myself. Do you have nightmares?

ZARDOYA: I’ve had nightmares and sleep paralysis, since I was a kid. Sometimes I’ll just wake up screaming. When Josh and I first started living together, I would get up screaming and he’d be terrified. Now he’s so used to it that he just puts me back to bed.

ZARDOYA: I moved from haunted Snellville to Los Angeles, after I won a Halloween costume contest in Georgia. I won $5000.

GAMSKY: What were you dressed as? $5000 for a Halloween contest? That’s sick.

ZARDOYA:  I was dressed as a market. I created this wooden market over my shoulders and I made money and little vegetables, this whole thing. Anyway, I won that costume contest and I bought a car and just drove out here. I was like, “I’m just going to play wherever they’ll have me,” so I did open mics and just tried to get to know the city. One night there were like three people in the audience, and Josh was running sound. He came up to me after I played and was like, “I really like your voice. Would you be down to record in my studio?” We met up and started writing a lot of the songs. Eddie and Jesse are childhood friends of his, and that’s how we all came together.

GAMSKY: Did you play any songs off this album when you were playing by yourself?

ZARDOYA: One that we ended up releasing from those days was “Ruthless.” I wrote that a long time ago. My dad taught me how to play a lot of Latin standards on guitar and every time he would teach me a new one, I would just use those chords and different variations to write a song. What did you start on?

GAMSKY: Piano. My mom made me take lessons with this old man named Earl. Earl had this train track and this whole nativity scene that would be up year round, like he had a lot of time on his hands, you know? He would fall asleep while teaching us. He’s the reason I decided I wanted to be a rock star.

ZARDOYA: Earl started it all.

GAMSKY: So how is the music written, do you focus on your individual roles or is it more free-flowing?

ZARDOYA: Josh and I write and record everything, and Josh produces. He comes from a music theory background and I approach it more conceptually. I’m like, “What would this sound like if it was in the middle of a jungle?” Once the songs are fully fleshed out and all the instruments are there, the guys come in and add their magic touches.

GAMSKY: That’s awesome. You’re a Spanish speaker and you write songs in Spanish. I speak German and if I tried to write a song in German, it would be such a different song in the end. Does that creative process feel different at all?

ZARDOYA: Both languages are so integrated into my life. When I’m with my Latin friends I just go back and forth as if it was one language. If a song starts in English, but then something comes out in Spanish, we’ll just use that. It’s never a conscious thing, it just kind of happens.

GAMSKY: That’s beautiful. I’m not fluent in German so it wouldn’t be this seamless thing. I would have to force something really ugly and disgusting out.

ZARDOYA: How do you know German?

GAMSKY: My mom is Danish. She grew up in a town that was on the border of Denmark in Germany and for hundreds of years, there have been border disputes so the town that she was from was actually Germany for a while. A lot of people in the town speak German and that’s how I communicate with all my relatives.

ZARDOYA: Is your dad from the States?

ZARDOYA: My dad loves his garden, too. He’s like, “The secret is that you have to sing to your plants.”

GAMSKY: One of the first things that I noticed about the album is all the way through you have a lot of themes, it’s like finding all these little clues. It’s so cool. What were your reasons behind all those?

ZARDOYA: We wanted the album to feel like a movie. Some of my favorite soundtracks are full of little motifs. There’s this 1968 Italian movie full of beautiful, luscious strings. That melody carries the movie, and we had always wanted to do a song that was entirely a string arrangement, because we’re suckers for string arrangements. 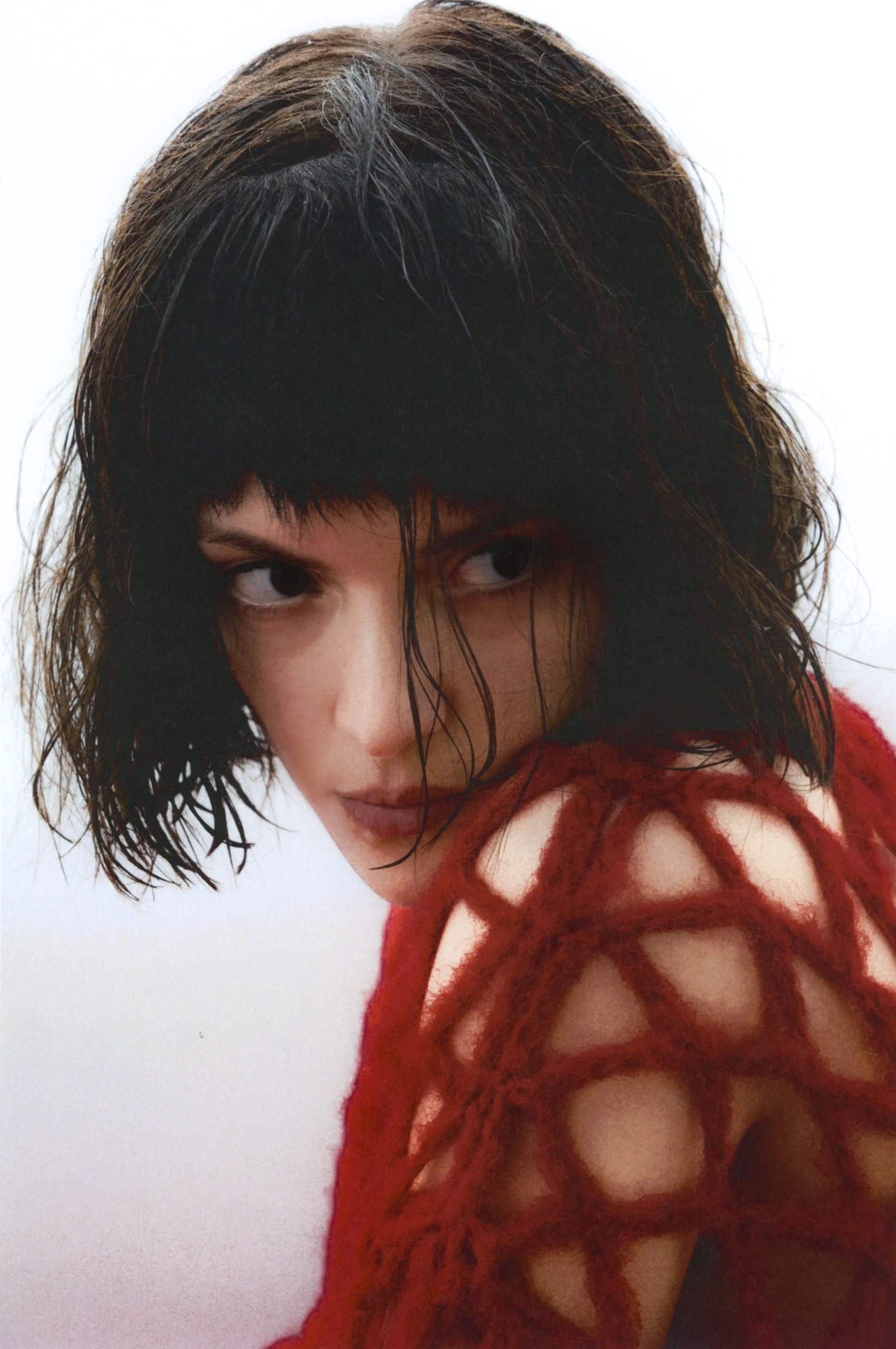 GAMSKY: I had goosebumps at the end of the last song on the album. It is just so well-done. Can you tell me about where that song came from?

ZARDOYA: It’s from a journal entry that was titled “somewhere in Minnesota.” It was a tour that was really difficult for all of us,  because it was a support tour. The headlining band had this big tourbus, so they would drive at night, get to the venue early and all that—so the route and schedule was set according to that.  We were in our little van getting up early and trying to make it to these venues, playing when the lights were still on and people were still walking in. Our younger fans couldn’t make it, because of the ticket price, so it was really difficult for us to be traveling for an audience that really didn’t care. I wrote that entry at a very dark point towards the middle of the tour where we were all just over it, and tired and exhausted. Like I said in the song, the only source of comfort that I could find was curling up like a little ball in the hotel and pretending like I was still in my mom’s womb.

GAMSKY: How long was the tour?

GAMSKY: I did the same thing actually when we first started. We opened for the Dirty Projectors and they were also on a bus, so we drove the whole length of the U.S. in a Honda with three of us and all our gear. That car still stinks. I have to just blow it up  because it’s just not usable anymore.

ZARDOYA: Headlining is different, because it’s this exchange of love and energy. I’m ready to tour again, but touring has always been difficult for me. Knowing your limitations and setting those boundaries early on is hard.

GAMSKY: Is there friction, being in a relationship and having this professional and this personal dynamic?

ZARDOYA: It’s really difficult. The two become so intertwined, it’s difficult to compartmentalize them. We have great creative chemistry and we’re good communicators, which is all you can ask for.

GAMSKY: What is your favorite song on your album?

ZARDOYA: “All I Really Want Is You.” It takes me back to mid-quarantine. We were taking it very seriously and weren’t going out much.  But we were like, “Okay, if we can’t travel, then let’s trip in our minds.” So we took a little bit of acid and went on a 10-hour walk around our neighborhood. We took ourselves on a trip.

GAMSKY: Oh my god. You were probably in the same spot the whole time, too.

ZARDOYA: I know! We were climbing trees and that song is about that moment of wanting to go back to that time tripping.

GAMSKY: How intense was it?

ZARDOYA: It was a little bit of both. We did half a tab, but it was just enough to take our minds to a different place and cleanse all of this cabin fever that we’ve been experiencing. It took us on a mental experience of reconnecting with nature and experiencing things that we wouldn’t normally, like noticing this tree that has always been there that we didn’t notice until then, or this really cool mailbox, things with so much story that you don’t realize until that moment of tripping.

GAMSKY: Sometimes tripping can bring you out of yourself and back into the world. I think a lot of people really need that. Are there songs on your album which you aren’t sure how people will react to?

ZARDOYA: Every single one. Because the album is different from what we have previously released, we have no idea if people were going to like the songs or not. The ones that stuck out the most are “The Mice Inside This Room” and “Talk to Her.” They’re so different from what we’ve done in the past.

GAMSKY: Have you gotten feedback about either of them?

ZARDOYA: For some people, those are the favorites.

GAMSKY: Those two songs have a theme, and that was such a cool thing to hear. It’s like you’ve been on this journey and you’ve heard the same thing through different lenses and now you’re almost at the end and the tune has changed. I thought it was a really beautiful way to symbolize this journey. None of us are the same as we were when all of this started.

ZARDOYA: Absolutely. It’s just about letting it all happen.