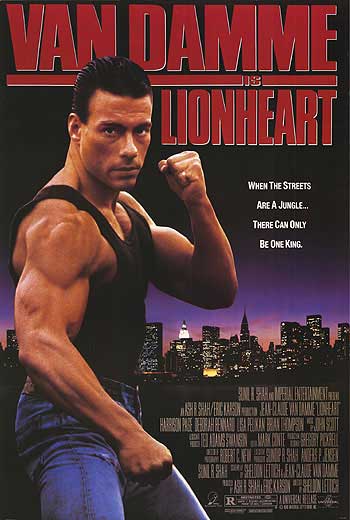 Interviewmagazine.com spent a decidedly non-denominational holiday, but we’re back for Boxing Day.

The sun never sets on Boxing Day, the British-based holiday for acknowledging St. Stephen, and shopping. In America, less so—but we still have the day off. Apropos:

If you’re still in excess of holiday cheer, see Rocky II (1979), which is far more depressing than it has any right to be. In contrast to the feel-good original, this installment focuses on Rocky’s glaring inadequacies, offering the clearest distillation of his dyslexia, unemployable skill set, and poor money management. Talk about humbling: The champ ends up working at the meat factory where he once gloriously punched hanging meat racks to “Gonna Fly Now.” Nonetheless, Sylvester Stallone’s script is great, and simultaneously heart-wrenching and knowingly comical. If you’re in for a marathon watch also Rocky IV (1985), which offers the best prediction of how American sticktoitiveness would topple the soulless Soviet Empire. As a refugee of the former Ukrainian Soviet Socialist Republic myself, this could be my personal favorite. That communist android can obliterate a punch-measuring machine, but he can never defeat the land of the free.

Fat City (1972): Stacy Keach stars as a way-beyond-his-mediocre-prime boxer. John Huston was perhaps the ultimate directors for the portrayal of the world of losers, particularly delusionals and alcoholics. This movie has both in spades. Boxing has never looked this dead end and lifeless. (If you despise boxing, but love art, may I recommend tangentially Huston’s amusing, melodramatic and amazing biopic of Toulouse-Lautrec, Moulin Rouge (1952).)

Charles Bronson is his strong, silent self in Hard Times (1975). James Coburn is wily, wiry and fun. Seeing the two paired up is just dynamite in this Depression-era story about pick-up street fights, told through the sentimental grit of the 70s by one of the great, under-appreciated, man’s man directors, Walter Hill. A certain type of person likes this sort of movie—they’re highly imperfect, brusque, and polished in some of the wrong places, but gems nonetheless.

Body and Soul (1947): This is where the formula for “corrupt boxing powers that be take down a scrappy fighter” pretty much got its start. Made by American lefties (Abraham Polonsky, Robert Rossen) when that meant you were blacklisted, this film features all of the faux moral subtlety of a public-access holiday special. But the fight scenes are good, the voice of morality mother is comical, and John Garfield’s performance cannot be denied: it’s a weird combination of over- and under-acting. Definitely of interest.

On a related note, and one that will be particularly appealing to the patriarchs of immigrant families, people who watched USA network in the early 1990s, and followers of its star’s unlikely comeback in 2008: here is the tagline for a less (but also entertaining) film about street fightighing, the Jean Claude Van Damme vehicle Lionheart (1990): “When the streets are a jungle…there can only be one king.”