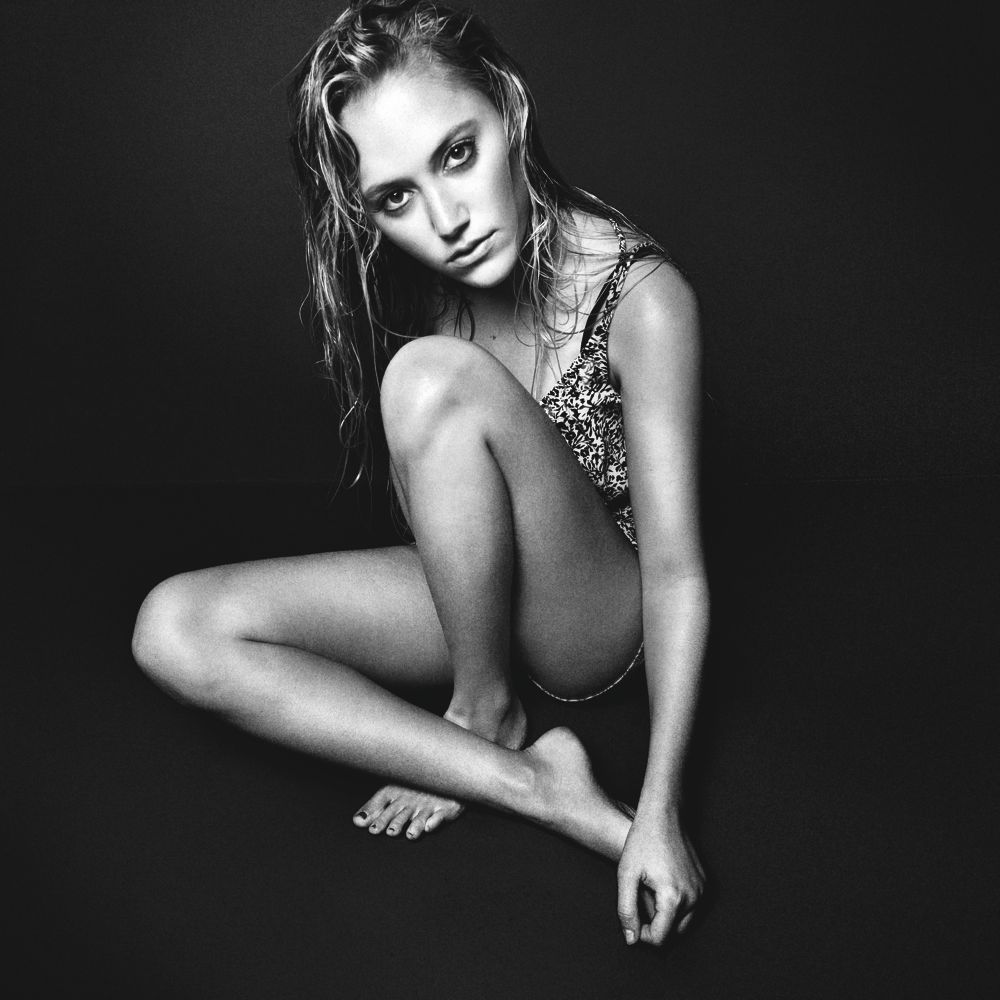 Maika Monroe was a ranked competitive freestyle kiteboarder before she got her first major film role, as Zac Efron’s girlfriend in the father-son drama At Any Price, out this month. Now instead of landing tricks while harnessing the wind, Monroe’s full-time job requires answering questions about her on-camera kiss with Efron while seated on his lap, in jean shorts and a lavender bra, in the front seat of his character’s race car. “I would say I’ve been asked, give or take, 30 to 40 times?” estimates the 19-year-old Santa Barbara native. “What can you say? It’s obviously awesome. I have no complaints.” Monroe was kiteboard training in the Dominican Republic in 2011 when she was asked to audition for the role of Cadence, a rebellious farm girl with a meth addict mother, an imprisoned father, and a heart of gold. “The director said I was very tan and very blond, and he was like, ‘This isn’t going to work,’ ” Monroe recalls. “And so until we finished the film in October, I couldn’t kite, I couldn’t go to the beach, I couldn’t do anything.” At that moment, Monroe made the choice to take a break from training in the sport that her father introduced her to at age 13. “I definitely had to let it go,” she says. “I’m not nearly close to the level of the top girls at this point.” Monroe has since completed two more movies: Sofia Coppola’s teen crime study The Bling Ring, in which she plays a stoner surfer girl; and Jason Reitman’s ’60s drama Labor Day, which co-stars Tobey Maguire, Kate Winslet, and Josh Brolin, and in which she plays another farm girl—this one, out of control. It’s a different kind of stage than the one she is used to, but she’s excited to make it her own. “With kiting, you have to land a trick, and in that instant you know whether you won or lost—I knew I could become the best in the world if I trained,” Monroe says. “But with acting, there are different variations; there’s not a right or wrong way. It’s so hard because it’s so out of your hands. I have no idea what’s going to happen!”

AT ANY PRICE IS PLAYING AT THE TRIBECA FILM FESTIVAL IN NEW YORK, APRIL 19 AND 23.