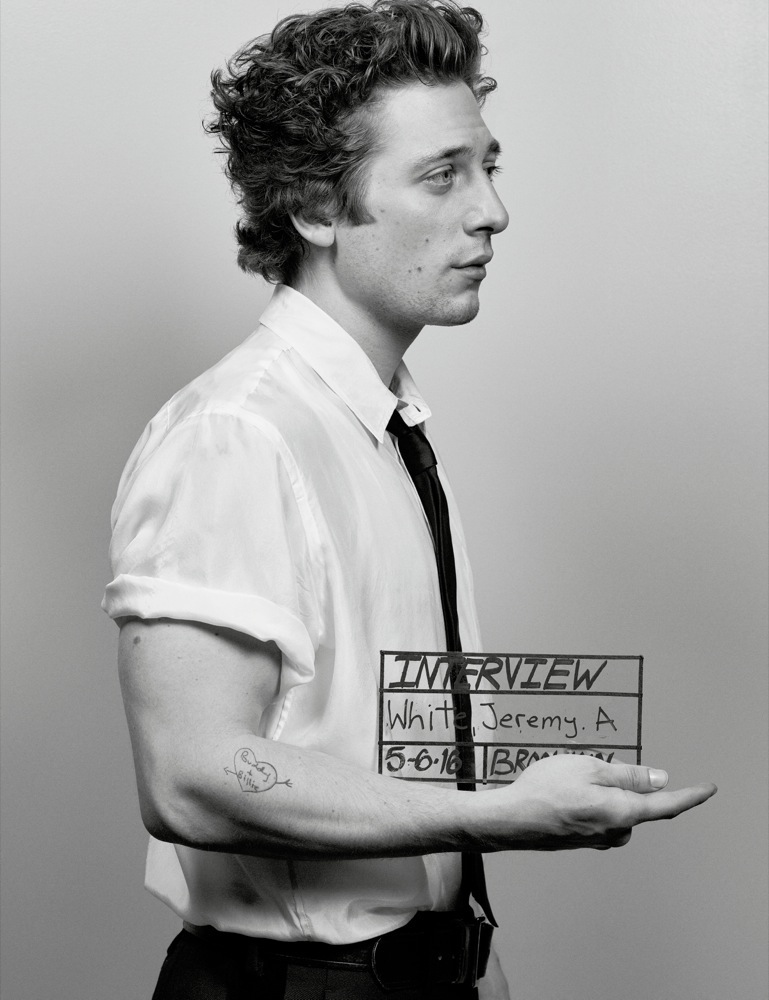 AGE: 25. HOMETOWN: Brooklyn. SEEN IN: Shameless. UP NEXT: You Can’t Win and Viena and the Fantomes.

HAYLEY PHELAN: Shameless just finished its sixth season. What’s it been like to live with a project for that long?

JEREMY ALLEN WHITE: It’s been really incredible. I got the job [to play Phillip “Lip” Gallagher] right out of high school. I was living at home at the time, and my folks were like, “You’re going to have to get a real job soon.” I was so stoked just to get the pilot and go out to L.A., I didn’t even think about it going beyond that. And then when it got picked up for the first season and then again for the second season, I was just amazed that I got to live with a character for that long. That really doesn’t happen for a lot of actors.

PHELAN: Do you feel like you’ve grown up with Lip?

WHITE: I do. The writers know me, and so each season, they’re writing to me and for me. They’re sneaky about it. Sometimes I feel like they must have recorders hidden somewhere.

PHELAN: Have some of your personal experiences made it onto the screen?

WHITE: Well, it’s more that I feel like Lip is finding out how to be a man, and I think every young man in their twenties is also trying to figure that out. That’s something I got to explore on camera.

PHELAN: Do you remember the first movie you fell in love with?

WHITE: Probably The Lion King [1994]. I think I made my parents go to the theater and see it with me at least four times. And then I obviously had the VHS and watched it over and over again.

WHITE: It’s not really hidden, but I love to dance. I trained as a dancer when I was young—jazz, ballet, tap. Going out dancing with friends is my favorite thing to do. I break out all my old moves. All my friends make fun of me because I have a very specific dance I do when the tempo changes. I guess it would be described as a, like, a weird sashay-tap thing. But if I could dance forever, that would be great.