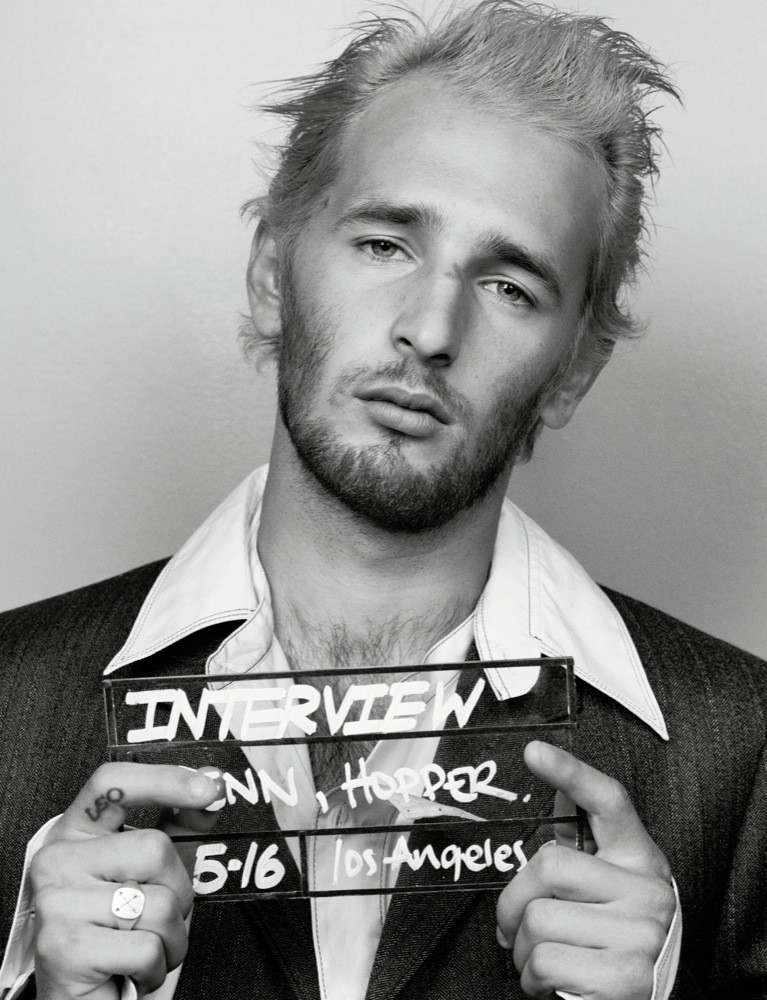 AGE: 22. HOMETOWN: Los Angeles. UP NEXT: The Last Face, about aid workers in Africa, starring Charlize Theron and directed by his dad, Sean Penn (his mom is Robin Wright); Netflix’s political satire about the war in Afghanistan, War Machine, with Brad Pitt.

JOHN ORTVED: Where are you living?

HOPPER PENN: L.A., unfortunately. I hate almost everything about it. I don’t fit well there, with the people. It’s very hard to find a genuine person in L.A. Also, I’m the big fan of rain and overcast weather. So it’s either Seattle or New York for me.

ORTVED: Where does your name, Hopper, come from?

PENN: It has to do with Dennis Hopper; my dad was friendly with him and idolized him. My dad wanted to name me Steak, the food, because he loves it so much. But my mom was never going to go for it. What they told me is that I hopped in her stomach, I didn’t kick, so they went with that.

ORTVED: When did you start acting?

PENN: Two and a half years ago, my dad was working on his movie called The Last Face, and I asked if I could PA for it. He said, “No, you’re going to act in it.” I said no, because I’m very shy; I didn’t know how to act. He said, “Well, you’ll get paid.” So I was like, “I’m onboard.” After the first day, I fell in love with it.

ORTVED: Tell me about War Machine.

PENN: The experience was fucking intense. Twelve of us play Marines. We got into Abu Dhabi, and the next morning we woke up at five, got our heads shaved, and went to boot camp. The first day, all those guys are your brothers. If you do 50 push-ups and someone falls down, you all start back at one. We all got really close.

ORTVED: Do you worry about measuring up to your parents?

PENN: My dad is a really good actor, and there are a lot of shitty actors, and I definitely think I’m one of them.

ORTVED What kind of work do you ultimately want to make?

PENN: Stage would be my dream. Not Broadway; I don’t want to sing. I’d like to do comedies. I don’t know how to get to where I am as weird as I actually am in front of the camera.