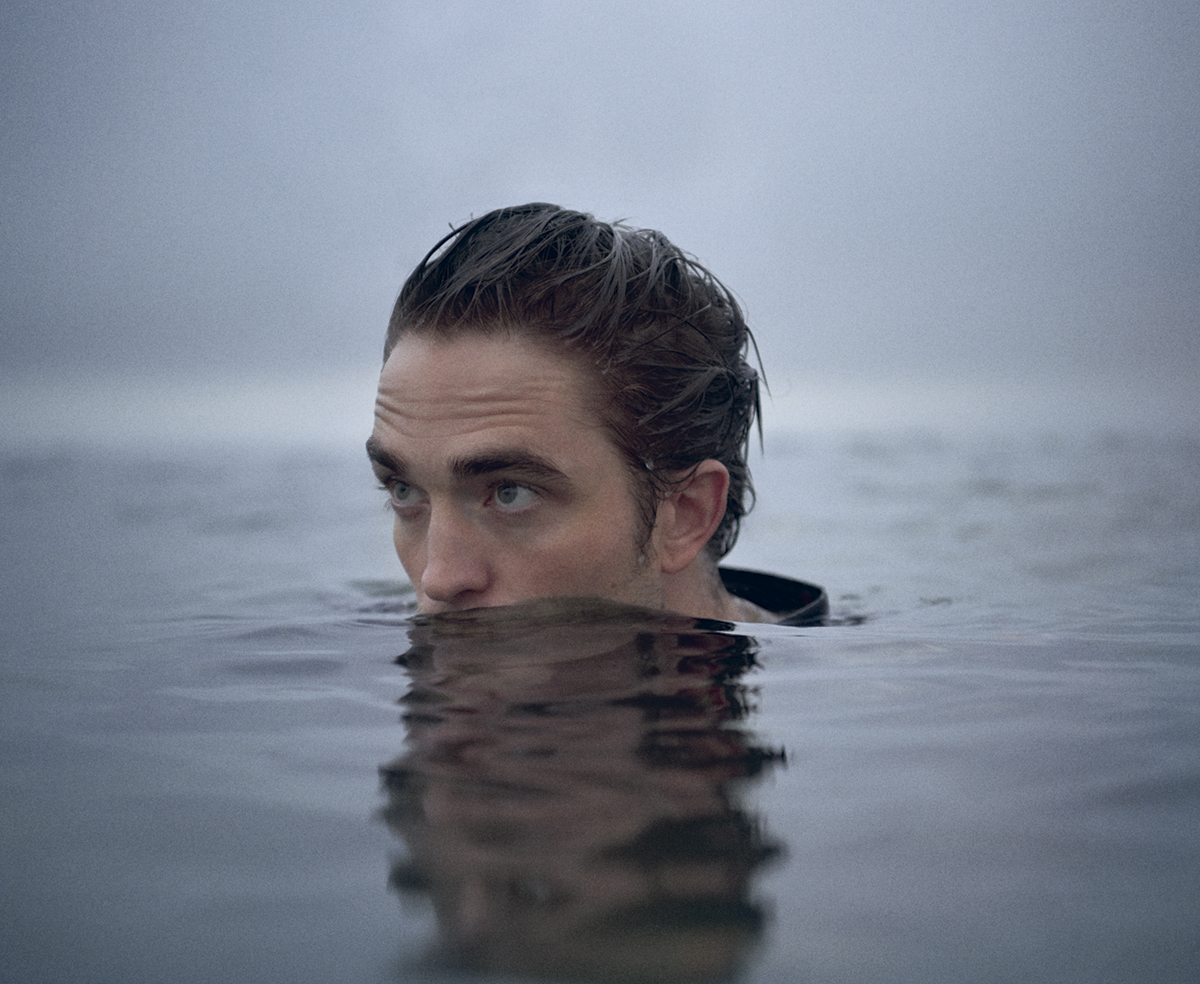 Although his days as a franchise-carrying international heartthrob are mostly behind him, Robert Pattinson’s charisma remains maddening and ineluctable, his face a permanent yin-yang of bemusement and pale gravity mounted onto an industrially honed bone structure. Having graduated from his suburban London upbringing, through the cosmic fizz of superstardom, Pattinson’s career has opened up into a wild, wild world of his own making. The 32-year-old actor has shouldered heavy roles in heavy films by directors such as David Cronenberg and James Gray, before masking himself in a goatee and Queens-patois for the Safdie Brothers’ panic caper Good Time. Any doubts about the sincerity of Pattinson’s craving for low-budget, high-ambition projects have been dispelled in his latest role in Claire Denis’s first English-language film, High Life. The French director’s new psycho-sexual drama puts Pattinson in a prison colony in space, where the inmates are being harvested for their seed by a bewitching Juliette Binoche. (Pattinson’s character calls her the “shaman of sperm.”) Next year, he will star in the A24 horror film The Lighthouse opposite Willem Dafoe, someone who has deftly straddled art-house classics and summer blockbusters. Having never talked on set—it’s a macho actor thing—the pair spoke at length for the first time to discuss the rawness of celebrity and the joys of stepping away from it. —NATHAN TAYLOR PEMBERTON

ROBERT PATTINSON: I was literally terrified of this interview, and I just did a whole week of them. When I was in San Sebastián, I did one with Juliette Binoche, and I remember thinking, “I don’t even know if people are interested in what I’m talking about.”

WILLEM DAFOE: You come across as charming in the interviews I’ve seen. Is it like a performance?

PATTINSON: I definitely do get a certain high from it. There’s a little gremlin inside of me that thinks, “Just say something shocking. You’re only here for a few minutes, say something terrible.” There’s a kind of perverse glee I get from that. But I’ve given my publicist a number of heart attacks.

DAFOE: What gives you confidence?

PATTINSON: I don’t think it’s a question of confidence. I think it’s more that the best way to deal with pressure is to say the worst possible thing you can say. I’m definitely not good at staying on all the talking points and actually selling a movie. I see loads of actors who are really great at that, but I just seem absolutely incapable of doing it. I feel so embarrassed, because I don’t even know if the audience is going to like the movie. You can talk about your craft, but if the audience sees it and they’re like, “Well, that was shit,” then it doesn’t matter how you got there. DAFOE: How was the festival in San Sebastián?

PATTINSON: I ended up eating a fish that had an incredibly tiny body and an enormous skull. In fact, it was one of the more off-putting meals I’ve ever had.

DAFOE: But how did it go screening the film there?

PATTINSON: It was great. It was a little scary after the first screening in Toronto. I don’t think that audience was really prepared for it. It was a huge auditorium, and as soon as they walked in, I could see everyone sitting there with popcorn, ready to be entertained. And I just suddenly thought, “Oh, no, a train is about to hit these people in a second. They’re definitely not expecting an esoteric movie about demon harvesting.”

DAFOE: How much do you think about the audience when you’re making a movie?

PATTINSON: When I’m making a movie, I don’t think about who’ll watch it at all. I mean, I do want to help get people to the movie. That’s really the only time I think about it. There’s a part of me that likes the art of marketing. I feel like a lot of actors don’t even want to think about the commercial prospects of a movie.

PATTINSON: My dad was a car dealer, and I used to love listening to him talk about sales techniques. It’s a performance of reading your audience and seeing where you can lead them. Selling something is pretty similar to playing a character—kind of. DAFOE: How do you deal with the fact that sometimes you’re making movies that aren’t for everyone? There’s this broad assumption that if a film is not popular, it isn’t successful at being a film. That always drives me crazy.

PATTINSON: But if you make something that is incredibly personal and specific and different, then even if it’s just one person who comes out and goes, like, “I really liked that movie,” it connects with them on a slightly deeper level. It means so much more than them saying, “I had a great time watching your crowd-pleasing movie.”

DAFOE: I’m with you on that. It’s funny, because when you and I shot The Lighthouse together, the conditions were so harsh that we hardly talked outside of scenes.

PATTINSON: I hardly talked to anyone.

DAFOE: I must admit you had me puzzled a lot of the time.

PATTINSON: I realized in the rehearsal period that you understood the script a lot more than I did, so I didn’t want to reveal that.

DAFOE: You clearly weren’t into rehearsal. Maybe it was the nature of the role, but I always felt like you wanted to leap in and not work stuff out, as though it was more real to confront it without any pre-knowledge. I was reminded of the old Dustin Hoffman and Laurence Olivier quote, “Go.”

PATTINSON: My idea for The Lighthouse was that if I don’t really understand this script on a cerebral level, then I’ll try to understand it on a physical level. But I must say that I’ve never seen someone with such a supernatural level of energy as you. I remember watching you and being, like, “How are you doing this?” 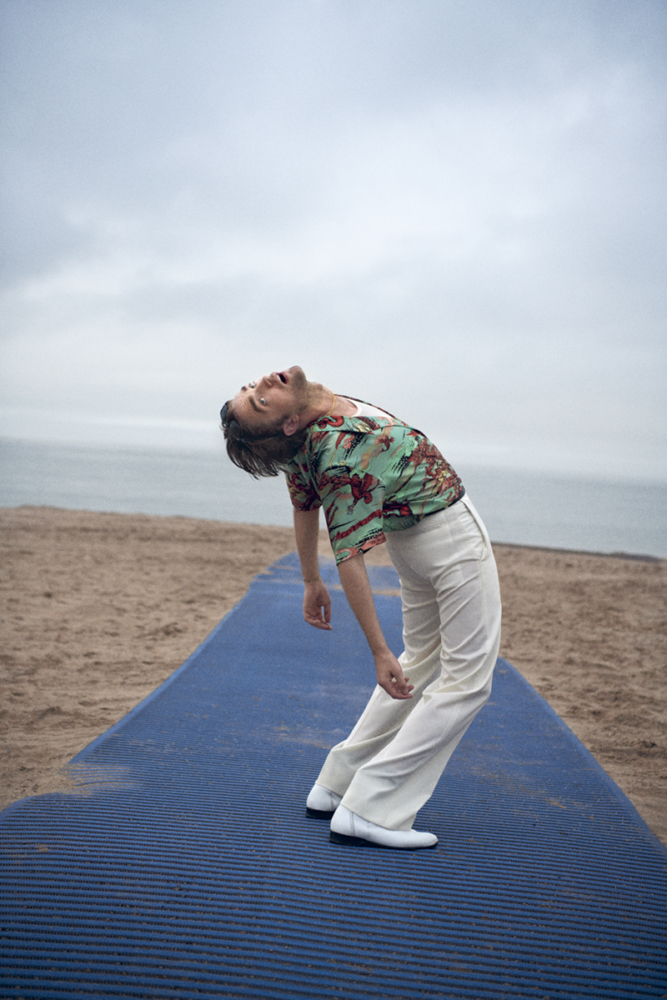 DAFOE: I’ll take that as flattery, but I’ll also return it by saying that your approach was fierce. You were a warrior. Do you remember when we were being sprayed with that water and it stung so bad? Those kinds of things never leave you.

PATTINSON: That’s the closest I’ve come to punching a director. However much I love Robert [Eggers], there was a point where I did five takes walking across the beach, and after a while I was like, “What the fuck is going on? I feel like you’re just spraying a fire hose in my face.” And he was like, “I am spraying a fire hose in your face.” It was like some kind of torture. It definitely creates an interesting energy. [Laughs] Just out of curiosity, do you think differently about a part when you decide to do a less commercial thing, as opposed to when you’re doing a huge franchise thing? Are the approaches different?

DAFOE: I really came of age as an actor in a company, so I feel like I’m best when I’m with people who turn me on. I like personal films and smaller crews. I like flexibility. When you’re making a bigger film, it’s a different mentality. With a bigger movie, you have to be more responsible, more assured. The people making the movie also have this pressure to be responsible, and responsibility for art is like death.

PATTINSON: With every single movie I’ve done, I’ve felt a compulsive need to tell the director on the first day that I have no idea what I’m doing. And I think in a larger corporate structure, people just don’t take that well. I don’t think I’m ever going to get to a point where I feel like, “Oh, I’m a professional actor with a set of tools ready, and I’ll be able to tell the story using whatever colors you need.” I mean, I’ll literally do a movie specifically because I think I can’t do it. You just hope you don’t drown. And then when you don’t drown, you hopefully figure out how to swim. 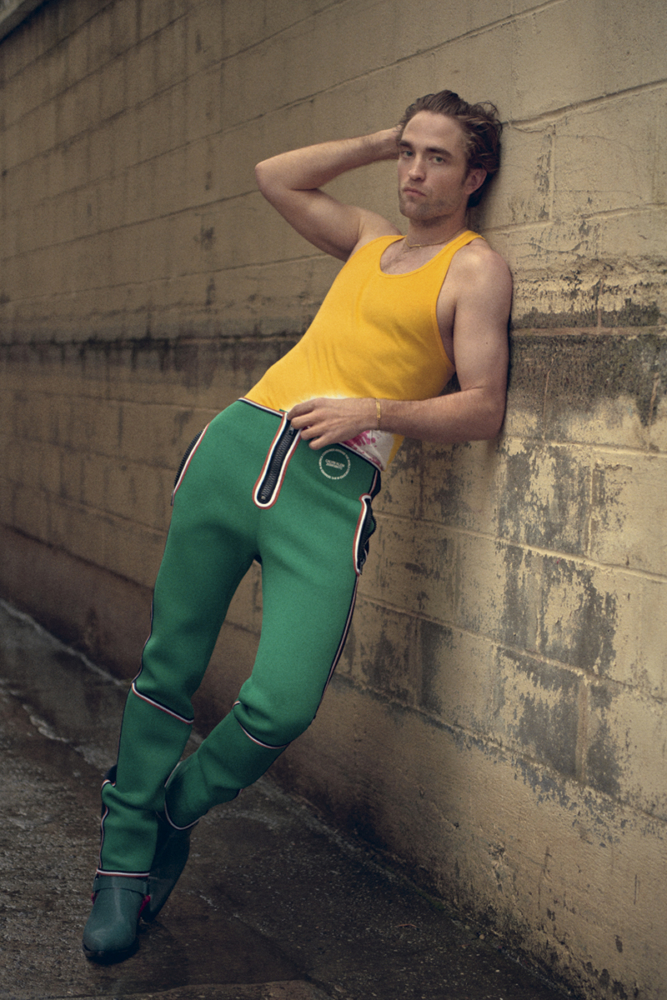 DAFOE: Listen, I think you’re doing great, and I like the choices you’re making. You had this great celebrity with the Twilight films, a celebrity that I’ve never known, and allowing that to help you take the risks you’re taking now is a very smart way to go.

PATTINSON: You have definitely known the same level of celebrity. I saw you walking through Halifax with people chasing you down at the organic grocery. What Does Willem Dafoe Desire? Mark Ruffalo Finds Out