Chloe Cherry may be the new girl on HBO’s Euphoria, but she’s no stranger to being in front of the camera. Since the age of 18, she has appeared in countless adult films, including an X-rated 2020 Euphoria porn parody in which she plays Jules during a hot and heavy encounter with Rue [Jenna Foxx]. Rumor has it that the clip is the reason that Cherry landed the role of Faye, an endearing character with great style, unforgettable lips, and a bad drug habit. To find out more about the elusive rising star and her path to Euphoria fame, we got on zoom with Cherry to talk about acting, adult films, and TikTok teens obsessing over her iconic lips.

INTERVIEW: Hi Chloe! Where are you right now?

CHERRY: I’m at home in my bedroom in Los Angeles.

INTERVIEW: Cute. Where are you from?

INTERVIEW: What kind of music were you into in high school?

CHERRY: I was super into musical theater, but also funk and disco. I liked a lot of weird stuff.

INTERVIEW: How would you describe your style back then?

CHERRY: I would mix it up. One day I would be dressing like a librarian and then one day I’d dress like an edgy goth chick, or be super girly. It was fun. 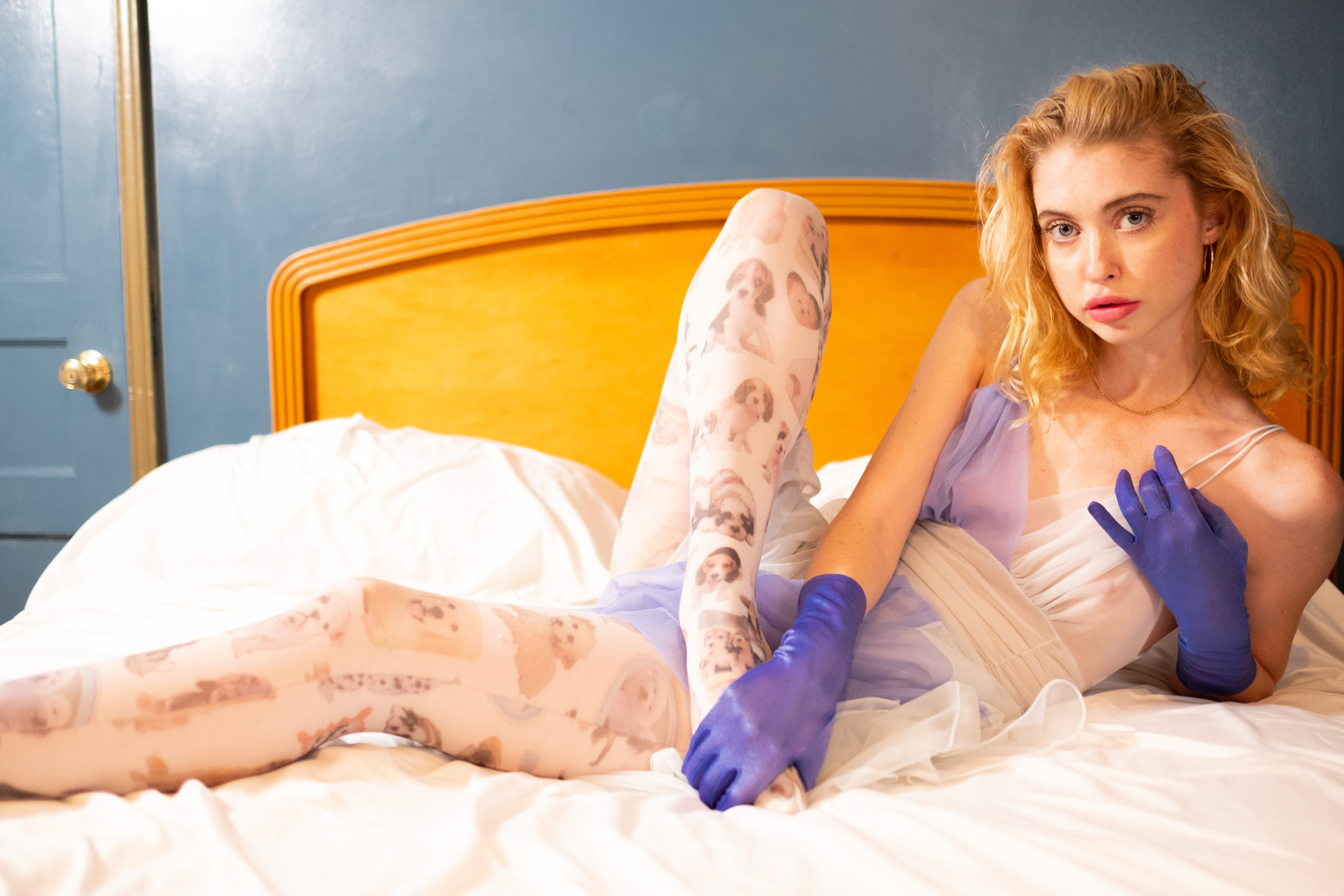 CHERRY: I’m a Virgo. I was born on August 23rd. I don’t know what my moon sign is, my mom doesn’t remember what time I was born.

INTERVIEW: How did you end up on Euphoria?

CHERRY: Sam Levinson [the director and creator of Euphoria] found me on Instagram. He thought I was funny and wanted me to audition, so of course I sent in tapes and everything. I was so blown away that he wanted to audition me at all. It was the greatest honor of my life.

INTERVIEW: You started out doing adult films, right? How was it transitioning into TV?

CHERRY: I was always very professional doing adult films. It wasn’t like I was going on set for the first time. I already knew what I was doing, I knew how to listen to directors, how to take their cues and how to navigate a set. It didn’t take me that long to figure out all the other, bigger pieces. It came to me very easily. INTERVIEW: How did you get into character for Euphoria? Did you relate to Faye at all?

CHERRY: I think we all have times in our lives where we’ve felt like we’re not our best selves. Faye is definitely a full-blown drug addict, but she still thinks, at certain points, that she’s better and smarter than everyone else. Like, she calls Rue a fucking junkie-ass bitch. People always project their insecurities. You could really tell that she was going through something, and I guess I related to that because we’ve all gone through things.

INTERVIEW: Who did you connect with most on set?

CHERRY: Sam [Levinson]. We would talk a lot about the characters and compare them to our actual life experiences. He was just so good at connecting with me and getting me to really relate to Faye, to pull from my life to make it feel real. We talked a lot, and I honestly found him to be a very fascinating person. You know Rue, the main character, is based on him? He has such a vision.

INTERVIEW: Speaking of Faye, what do you think is the biggest red flag in a relationship?

CHERRY: I feel like a pretty big one—for me at least—is if they constantly talk about their ex. That’s a huge red flag.

INTERVIEW: Have you seen the videos on TikTok of people trying to make their lips look like yours?

CHERRY: I have. I think it’s funny.

CHERRY: There are so many opinions on it. It’s definitely a look.

INTERVIEW: What’s the craziest encounter you’ve had with a fan?

CHERRY: I think the craziest thing is when people come up to me and want a picture and then they’re nervous. I’m like, “Don’t be nervous, it’s just me.” 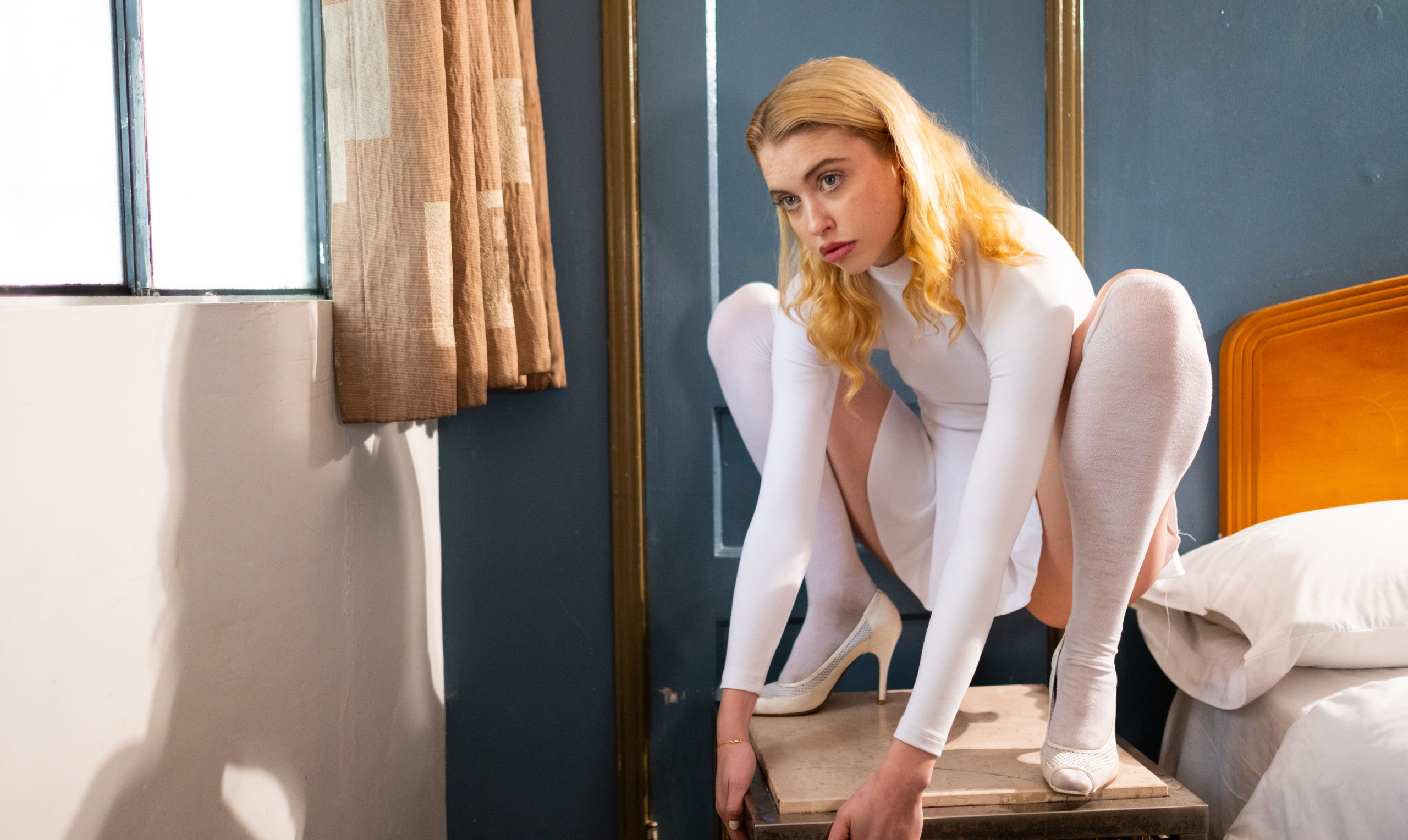 INTERVIEW: What do you like to do when you’re not working?

CHERRY: I like to make art and read and write. I love thrift shopping. I like to learn new things. I like to go to new places. I like cooking. I love keeping a clean house. I love challenging myself with a hike and I really like to make collages about whatever I’m feeling or whatever ideas are in my head.

CHERRY: I think what inspires me is just myself and what makes me happy. I really like following my own desires. I want to make what’s in my own mind real.

INTERVIEW: What’s a bad habit that you want to get rid of?

CHERRY: Doubting myself, and smoking.

INTERVIEW: When was the last time you screamed?

CHERRY: When I saw myself on HBO.

INTERVIEW: What does the future look like for Chloe Cherry?

CHERRY: You’ll see me in more acting roles for sure. I just want to see what else I can do. There are no limits on what I’m willing to try.