Amber Heard Will Never Get Used To Seeing Herself Onscreen 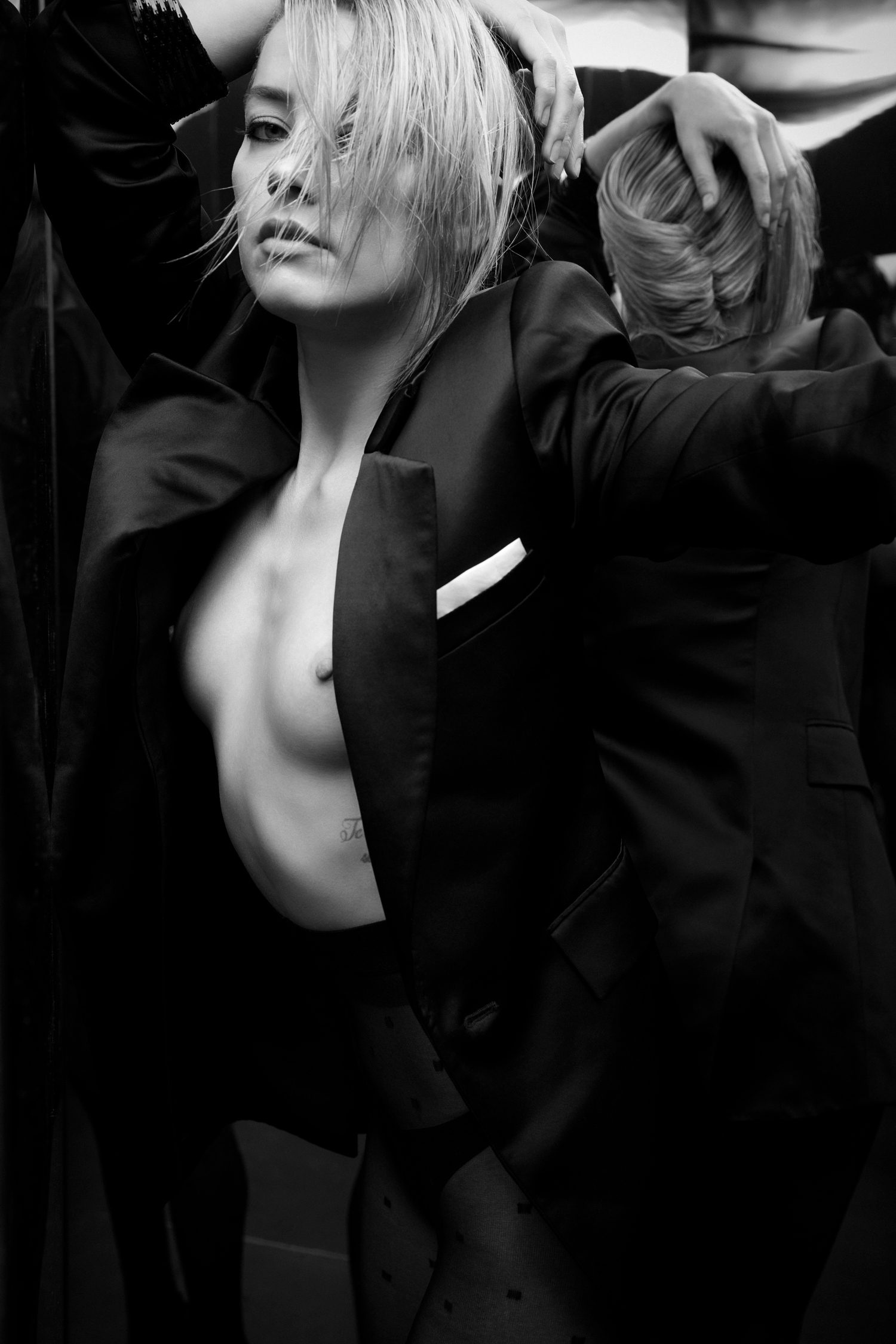 All Clothing and Accessories by SAINT LAURENT BY ANTHONY VACCARELLO.

INTERVIEW: Do you remember the first time you saw yourself on-screen? What is that experience like for an actor?

HEARD: I have a vague, visceral memory of it. It’s just like the feeling you get when you hear yourself on an answering machine—but multiplied by 100 in terms of that gut-wrenching sensation of embarrassment.

INTERVIEW: Have you gotten better at watching yourself over time? Or is it something you never get used to? INTERVIEW: How do you decide which part of yourself to protect?

HEARD: It’s a weird thing for an artist to do, especially one from my generation who didn’t necessarily grow up with social media. I’ve only had social media for two years. When you’re in the public eye, you become used to being fiercely protective of your image and your private life, and protecting that from being used against your best interest. And that creates a relationship with privacy and having to fight for said privacy. I think that’s why people are sometimes reluctant to join social media. But I have to say that since being a part of it, I realize that for all those years I missed out, I was just one of the only people not weighing in on my life.

INTERVIEW: It almost feels like the experience of being an actor and having your image everywhere is now just a part of the contemporary life of every person. It’s almost like the world is catching up to being a famous actor.

HEARD: I think the world, to your point, is catching up, but they’re catching up to the sense of branding, which had previously been left up to a small group of people. And now it has been democratized by social media. The negative and positive effects that come with that reality are now being felt en masse. Everyone is now the CEO of their “brand,” and the pressures that come with that are starting to be addressed in a mainstream way.

INTERVIEW: Have you ever shared things you regret?

HEARD: That’s something I think people in the public eye are used to. It’s a balance that we’re constantly having to mitigate: being ourselves versus having that very thing be used against us. Saint Laurent’s New Collaboration is a Quirky and Electric Fantasyland