Yvonne Orji Tells Her Story, From Syrup Sandwiches to Insecure 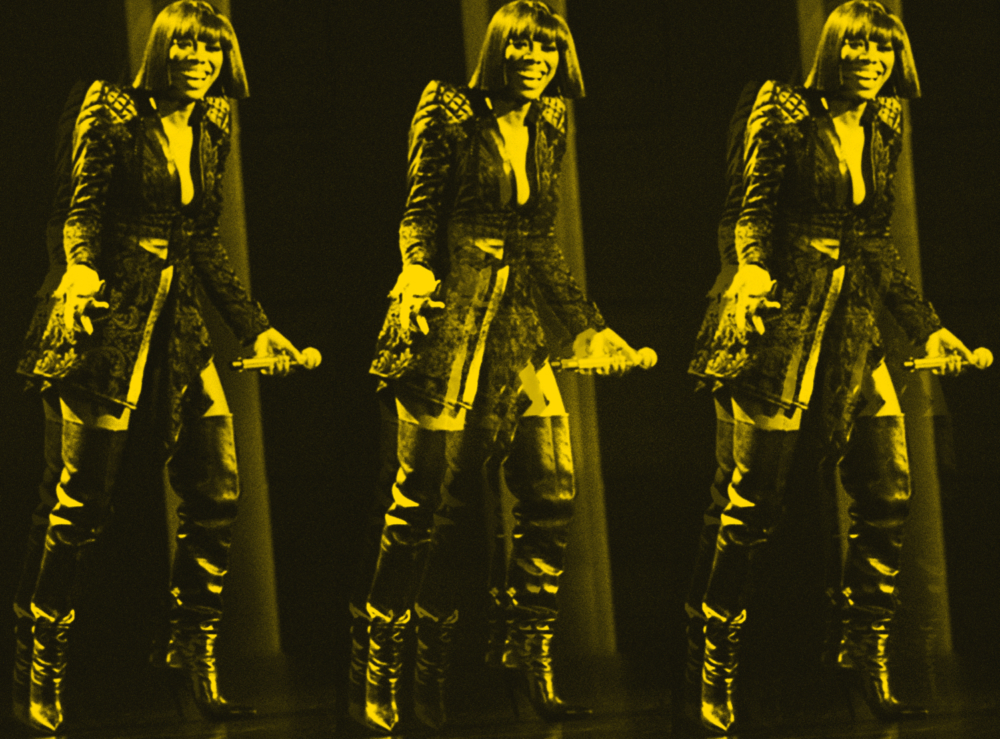 Yvonne Orji, co-star of the acclaimed HBO series Insecure, is one of those actors who, upon first glance, leaves an impression that will likely last forever. Ever since the show’s first episode in 2016, Orji’s popularity has grown steadily among super-fans and critics alike. As Insecure wraps up its fourth season in June, Orji will release her first ever comedy special, an HBO-produced showcase called Momma, I Made It! that follows the actor-comedian from onstage in D.C. to her native Nigeria, where viewers meet Orji’s loving—if not overly doting—parents.

Born in Port Harcourt, Nigeria, Orji moved to the U.S. with her family at six-years-old, eventually graduating from George Washington University with a Master’s Degree in Public Health. Much to her parents’ chagrin, Orji followed her love of comedy and acting to New York City and then to Los Angeles, where she would meet her Insecure co-star and the show’s co-creator, Issa Rae. The rest, as they say, is history. Who better to tell her story than Orji herself? —JACOB UITTI

“The first laugh I ever got was when I did comedy for the first time at a beauty pageant in graduate school. I was telling a joke about how mothers don’t know how to whisper, and whenever a call comes from overseas, they pick it up, like, ‘Hello!? Can you hear me!? Yes, I’m hearing you!’ But it’s like, ‘Mom, everyone can hear you, you’re in church.’ That made everyone laugh.

“I was born in Nigeria and we lived in this very small apartment, but we had so much fun. It was me and my three brothers.  There’s this one picture of me sitting on my dad’s lap and he has this full beard. I have to be, like, two, and I look exactly like my dad. We both have the same smile. We would go to the polo club and go swimming with our cousins and our friends. Life was so simple back then in Nigeria. I mean, when you’re a kid, life should be simple. But it was just about getting up and having fun with your family.

“My brothers made me a tomboy. My brothers and I—we didn’t know there was a difference. They treated me like one of the boys, and I thought I was one of the boys. My mom was like, ‘I have three sons! Not four!’ And I’m like, ‘Ooookaaaay.’ So I would play rough with them. They would always practice their wrestling moves on me. They were like, ‘Here comes the sleeper hold! You go night-night!’ And I was like, ‘Huh?!’ They would jump from the couch and then elbow me. They told me to stay in one spot, and I was like, ‘Okay!’ I just wanted their affection and love.

“We moved to America in 1989. A lot of people don’t know this, but there was a nursing shortage in America, so they heavily recruited nurses from both the Philippines and the continent of Africa. So, my mom got a job working as a nurse at Howard University Hospital. Part of the deal was, like, ‘Hey, I’ve got a family,’ so, they sponsored all of us to move to America.

“Growing up, I think I didn’t realize that anything was different. I always just thought there was a cool factor of being, like, ‘Hey, I’m here in America, but I have this other place that I go to every summer for three months.’ For me, it was the best of both worlds. Other kids were summer vacationing, but I was like, ‘I’m getting on a plane and traveling 16 hours to go to another country.’ I always thought that was a superpower, being able to navigate both. When you’re a kid, the thing that makes you different is the thing that also makes you bullied, ostracized, and othered. But as an adult, you realize the thing that makes you different is the thing that makes you unique. I am fully Nigerian. I’m also equal parts very American. I got here when I was six, so a lot of my experiences were broadened just by being exposed to different opportunities here. But I also go into those opportunities with a heavy lens of what it means to be Nigerian. It’s this beautiful dichotomy that I like to think reinforces so much about me and my personality and my character—how I see the world and how I operate within it.

“When I was thinking about telling my parents I wanted to move to New York to pursue comedy, in my head, I pretended I was American. Because that conversation goes very differently when you’re American. ‘Hey, Mom and Dad! I have this desire and this dream. I’d really love your support and I’m going to make it if I try! If I don’t, I know you guys will love me and I’ll always just come back home if it doesn’t work out.’ In my mind though, that was, like, ‘Yeah, nah, nah. That’s not how it’s going to go.’ The reality of the conversation in my head was that this could go one of two ways: ‘You can get a beatin’ or you can get takin’ out the will.’ There was no version where it’s, like, ‘They’ll understand and they’ll appreciate your honesty.’

“Thankfully, I didn’t get beaten, but my dad was definitely cooking over the stove with a hot pot, and in my mind, I was like, ‘Oh, this pot is going towards my forehead! At a slow-motion pace!’ But he was just like, ‘I don’t understand why you’re throwing your life away.’ Which is accurate and fair because there are no guarantees being a comedian. And then my mom just started crying immediately. You never want to be the reason for your parents shedding tears. But I think at this point I was 25, and I was like, ‘Man, if I can’t make a decision for myself at 25, I’m never going to be able to.’ So, even if it was the wrong decision, I had to at least see for myself.

“I was basically doing what they instilled in me, but I was just applying it to the wrong profession. If this was, like, medicine, they would have said, ‘Just go for it! It’s going to be hard, but you will walk proud!’ I applied all those moments of parental advice to being a jester, as they called it. ‘You want to be a jester?’ And I’m, like, ‘Hmm, I don’t juggle balls, I really don’t. I promise you I just use a microphone.’ So, it was a very difficult transition period. But I think I got through it!

“When my bank account was low, I ate 2 Bros. Pizza. They kept the homeless and the artists alive, man. That’s what I say. Because you could get two slices of, like, big pizza and a grape soda for $2.75. That was real. Occasionally, you would see, like, the Wall Street businessman with a suit and a briefcase and I wanted to be, like, ‘This is not for you, sir! Like, ‘Yo, this is my block, this is my spot!’ But, yeah, 2 Bros. Pizza. And then when it got really bad and I couldn’t afford the bus pass to get into the city, I made syrup sandwiches. You have a sweet tooth like me, syrup sandwiches—in my mind, I pretended they were, like, the best thing. You take one slice of bread, put some maple syrup on it, you fold that piece of bread. And if you want to get real saucy with it, add some cheese too. Pretend like you’re having a Chick-fil-A chicken sandwich but without the chicken! Or the biscuits!

“Before I went to Liberia in 2008, I released this thing on YouTube. It was like, ‘If Obama was the President, then Africans from everywhere are going to turn crazy.’ Even though he was like, ‘I’m Kenyan,’ I was like, ‘No, there’s going to be a Nigerian that says, ‘Obama, no, you are my brother! I know your sister!’ and Obama’s like, ‘Huh?’ I didn’t know who Issa was, but she told me she watched that, and she was like, ‘Oh my gosh, this is every auntie that I know in Senegal! It’s hysterical!’ She started following me on Facebook and I had no clue.

“So when I finally moved to L.A., it was 2011 and everybody was talking about [Issa Rae’s web series] Awkward Black Girl. And I was like, ‘What is this thing?’ and my friends were like, ‘You don’t know about this?’ and I was like, ‘Clearly, I don’t. What is this thing!?’ Then when I watched it, I just got engulfed in it. So I tweeted her and she responded. She was like, ‘I’m having a wine down and game night at my house, you should roll through.’ Of course, I get to her house and her friends are like, ‘What? Issa is inviting people to the house off Twitter?!’ By the time I started auditioning for Insecure, we weren’t best friends, but we had a rapport. We had a respect for one another, creatively.

“In the pilot episode she gave that nod to Girlfriends, because—especially for the African-American community—that was one of those shows that was poignant and really good at showing different types of friendships, especially among women groups. For anyone who was black or brown, it was like, ‘Oh, this shows me in a way that I hadn’t seen on TV before.’ It’s the same thing with Insecure. We’re giving a new crop of millennials that relationship on TV that we saw when we were growing up. I hope that resonates for years to come. It’s kind of like Love & Basketball, which is my favorite movie. They just celebrated 20 years since the release, and 20 years later, I still am chasing that high of Love & Basketball. At the time, they were just trying to make this really dope movie. No one knew it would have a cult following. It was the same thing when we shot the pilot. We were like, ‘We just wanted to get our full season in.’ We didn’t want to get canceled! If you try to create something that goes viral, it will never go viral. If you think, ‘Yeah we’re leaving a legacy!’ it won’t work. It was more like, ‘Let’s make this show truthful and honest and poignant.’

“My HBO special was a love letter to my family, to my countries, and to what humor looks like. So often when you’re a black comic, you almost feel limited to what you can talk about or the ways you can talk about the things you want to talk about. It was important to have these conversations with my parents. Because as much as I want to joke about them on the American side of the special, I also wanted them to have their moments to say what they wanted to say. Watching the special, the parts that I laughed the most at were those silent spaces that my parents have after they answer a question, because in my mind, I’m like, ‘There is so much going on in their heads.’ My mom was like, ‘We pray that one day, she’ll have a husband,’ and then it’s just, like, silence. She’s thinking, ‘Oh god, when is that day?!’ I wanted to be, like, the silence translator. For every silence, the pause is so present. So present with hope. So present with expectations. So present with a dream deferred. It’s so present with so much.”