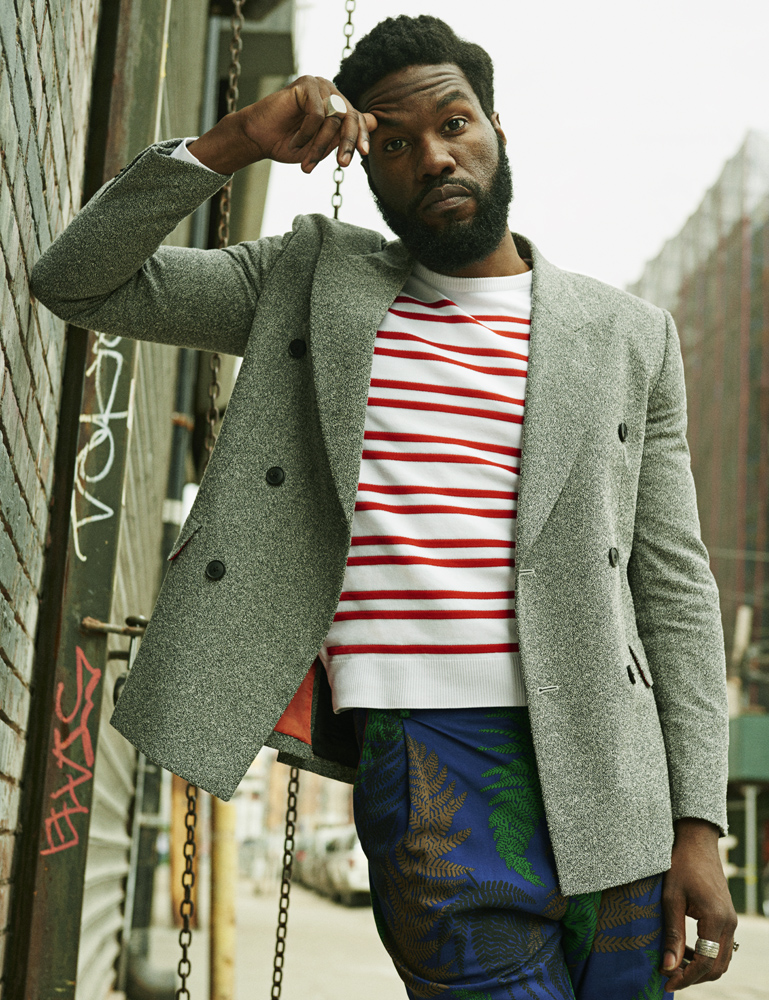 “I got laid off.” So began 29-year-old Yahya Abdul-Mateen II’s foray into acting. After graduating from the University of California, Berkeley, where he majored in architecture, Abdul-Mateen was employed by the San Francisco Mayor’s Office of Housing and Community Development in the early 2010s when his job suddenly ended. He decided to give himself three years to make “significant progress” as an actor. “The idea was that I’d move to L.A. and get a McDonald’s commercial,” says the Oakland-raised Abdul-Mateen. Instead, he found work as Antonio in a local production of Twelfth Night, and then enrolled at Yale School of Drama. He spent summers onstage at the Williamstown Theatre Festival, and with the Public Theater’s Shakespeare in the Park production of King Lear. “I was Spear Carrier No. 2. I died,” he recalls. “Most people don’t know that production was about Spear Carrier No. 2, who was desperately trying to protect the king and watching his whole world crumble before him.”

Next he landed in the sights of director Baz Luhrmann, who was casting the role of Cadillac, a club owner and underworld figure in The Get Down, the new Netflix series about the era of disco and the beginnings of hip-hop in the South Bronx in the late 1970s. “The first thing that changed was my posture—vertical,” the actor says about the dance classes he took in preparation for the role. “And my shoulders became broader. The whole attitude is ‘Everyone, look at me.’ ” Abdul-Mateen also took workshops with Kurtis Blow and DJ classes from Grandmaster Flash, both pillars of hip-hop’s foundation. Is he at all concerned about an Australian director portraying the history of a quintessentially black American art form? “I feel so safe,” he says. “His vision is crystal clear.” In fact, he sees that period as ideal for Luhrmann’s visual storytelling. “If you look at the elements—movement, sound, fashion, skin, sweat, sex—and put those things in his hands, he makes a dynamic explosion.” For Abdul-Mateen-who will follow The Get Down with a role in the upcoming Baywatch movie—his attraction to the project came from something personal. “I’m from a place where young people traditionally do not have resources,” he says. “This is the same story. We see young people turning that situation into possibility. They move the rubble and that becomes a space to dance. I love how rebellious it is, creating something out of nothing.”