“It was May 1984, and, for me, deep into a week of roaming among the young warriors. They had graduated at the tops of their classes from some of the most competitive universities in America. Now they worked at the Lawrence Livermore National Laboratory, a federal facility for the design of nuclear weapons in a dry valley about 40 miles east of San Francisco. Theirs was a world of blue jeans, Coke bottles and top-secret research that took place six or seven days a week, often all night long. Their labors had helped inspire the “Star Wars” speech of President Reagan and were now aimed at bringing that vision to life. Their goal was to channel the power of nuclear explosions into deadly beams that would flash through space to destroy enemy missiles. They… talked late into the night about how to use their futuristic inventions…

“But their excitement also had a dark side. They could be arrogant. At times they seemed to believe that their labors gave them the power to save or destroy the world. They enjoyed black humor. Mimicking a florist commercial, they liked to say the bombs of Livermore were the way to ‘send the very best’”

Visiting the Lawrence Livermore National Laboratory, the nation’s central clear-weapon design facility, Bill Broad felt for a moment as if he were back in his undergraduate college dormitory. As a reporter for The New York Times, he was there to interview one of the chief scientists involved in the X-ray laser beam—the principal component of the so-called “Star Wars” plan—and noticed scores of men in their early to mid-20’s scurrying through the corridors and between buildings, consuming seemingly limitless amounts of ice cream and Coke. Broad quickly discovered that they weren’t summer interns or part of a school field trip, but the actual designers of the most advanced nuclear weapons on earth. As Broad says in his book Star Warriors: A Penetrating Look Into the Lives of the Young Scientists Who Are Behind Our Space Age Weaponry, “Amid such casualness it was easy to miss the potential power of this dedicated group of young men. They looked as if they would fit into the engineering or physics department of any major university in America.”

Bill decided during the interview that in order to know these young men—what made them do what they did, what defined them as geniuses—he would live with them for a week. Star Warriors recounts that time. At age 34, Broad is roughly one of their peers. He enters their universe and watches them work, often around the clock, on designs for supercomputers and nuclear weapons. He eats with them at Burger King and local Chinese restaurants, hears how they were recruited by the lab (some of them while they were still in their teens), listens to tales of old girlfriends and childhood.

Broad was born in Milwaukee in 1951, and after completing what he loosely terms an undergraduate degree—half in visual arts and half in science—he entered the University of Wisconsin at Madison as a graduate student in the history of science. After five years as a reporter for various science magazines, he made the monumental leap to science reporter for the Times, where he is still the youngest in the department.

His byline appears regularly, often on the front page. He has covered several space shuttle missions, military hardware developments, tours of the CERN lab in Switzerland and the newest high-tech wizardry in nuclear weapons, atom smashers and telescopes. Broad has a regular spot in the media dome at Cape Kennedy, two miles from blast-off site, and admits that he’d love to go on a shuttle mission—or to Mars—knowing that “my generation of reporters is the first that will have that chance.”

In Star Warriors, (Simon & Schuster), Broad is able to illuminate the life and lives behind history’s most inhuman death-affirming technology. 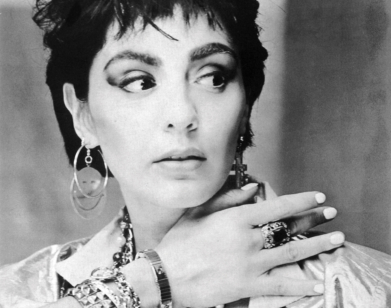 Dapper Dan on Gucci, gangsters, and his unstoppable fashion empire Richard Whelan on the imagined escapades of photojournalist Robert Capa