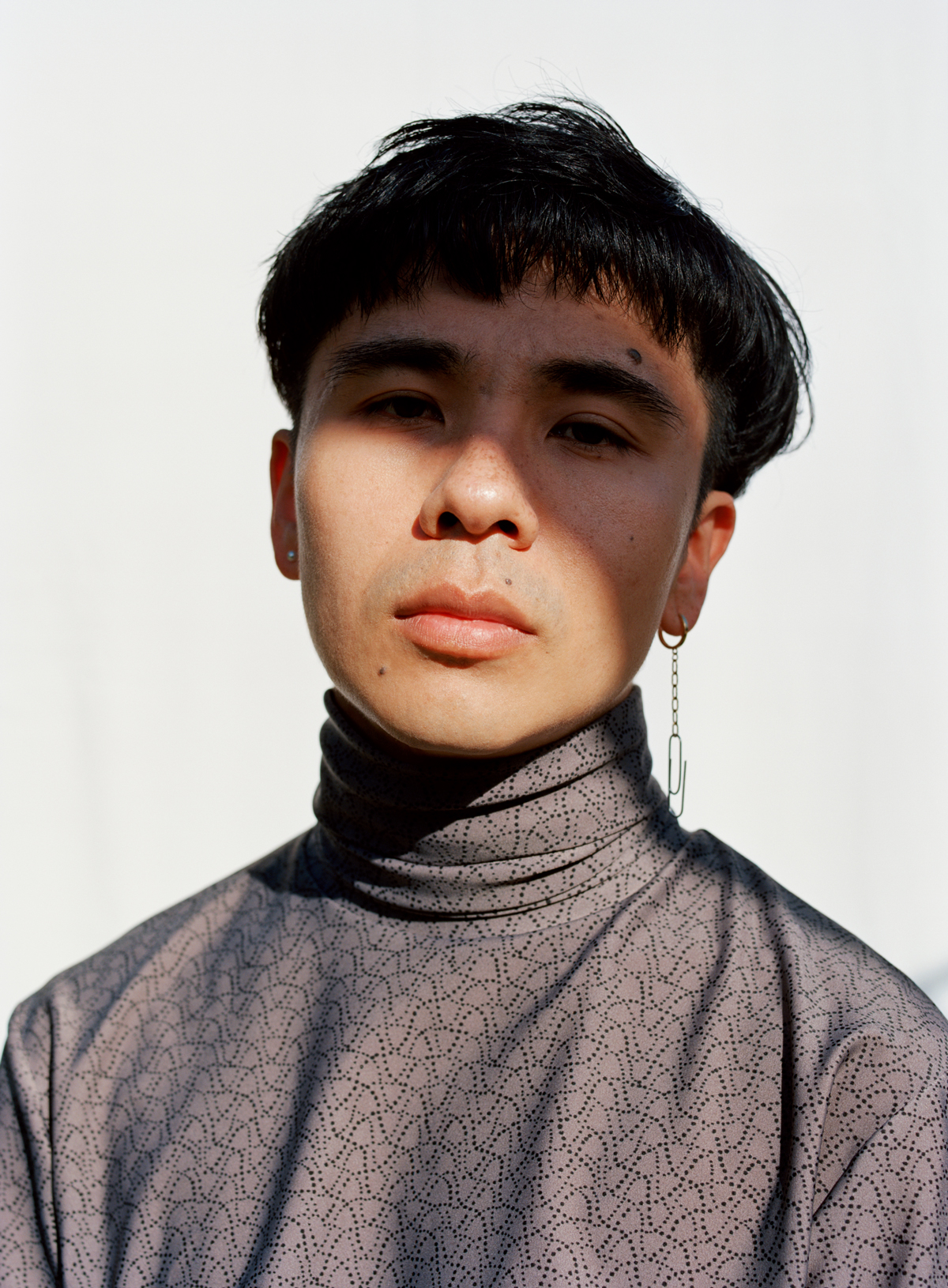 Turtleneck by Fendi. Earrings Ocean’s own.

“The way he watched me back there in the field, when we worked briefly, side by side, our arms brushing against each other…his eyes lingering, then flitting away when I caught them. I was seen—I who had seldom been seen by anyone.” Ocean Vuong’s description of a boy falling in love with his employer’s son exemplifies the lyrical and frequently devastating power of his debut novel, On Earth We’re Briefly Gorgeous [Penguin]. Set in working-class New England during the early aughts, the coming-of-age story is told from the perspective of Little Dog, a twentysomething Vietnamese-American man reflecting on his childhood in a letter to his illiterate mother. The novel explores themes of queer identity and alienation in an almost impressionistic swirl, abandoning traditional narrative patterns for more striking architecture. “Every moment is a doorway,” says the 30-year-old writer, who is currently an assistant professor at the University of Massachusetts Amherst. “I just followed where they took me, in a very improvised way.”

With On Earth, Vuong is stepping into a new literary arena, though he is already well regarded as one of poetry’s rising stars. (His honors include a Whiting Award and the T. S. Eliot Prize.) Verse is Vuong’s natural form, and he says many of the ideas for his new book were developed as poems. “I had so many questions that poetry, being a shorter form, couldn’t really answer.”

His material hits close to home. Like Little Dog, Vuong was born in Vietnam and immigrated to the U.S. as a toddler; and like his protagonist, he, too, was raised by his struggling mother in Hartford, Connecticut. Such a personal approach to fiction allows for a surprising sharpness and lucidity in the novel’s graphic descriptions of sex, violence, and drug use—all of which come to define this very contemporary American childhood. “Self-discovery, particularly enacted through failure, is a privilege given to mostly white characters,” Vuong says. “I wanted to give a poor yellow character the privilege of getting it wrong, failing, growing up without all the answers—and ultimately discovering himself.”