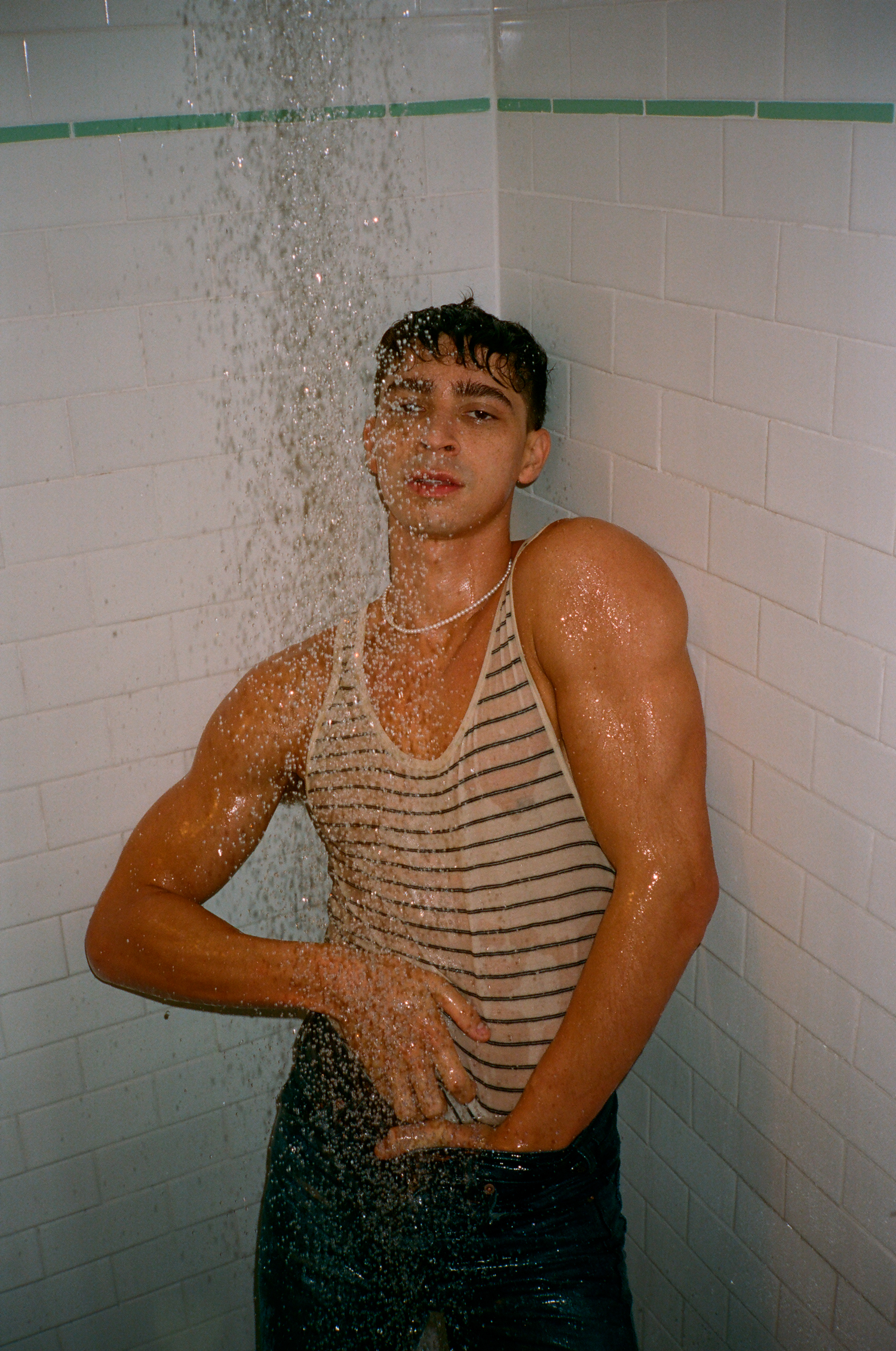 Tank Top, Jeans, and Necklace by Celine by Hedi Slimane.

If he hadn’t gone on to study drama, Isaac Cole Powell would have likely joined the family business as a landscape architect. But the office of admissions at the University of North Carolina School of the Arts had other plans for the aspiring theater star. Four years and change later, he has been cast as Tony in Ivo van Hove’s Broadway revival of West Side Story. “There’s this superstition that you’re not supposed to say ‘Macbeth’ in the theater. You say ‘The Scottish Play’ instead. I don’t know if I really buy into that, but I am very superstitious about other things. If I see a penny and it’s heads up, I always pick it up. But then I always put it back down for someone else to pick up, because then I get the luck and the karma.”