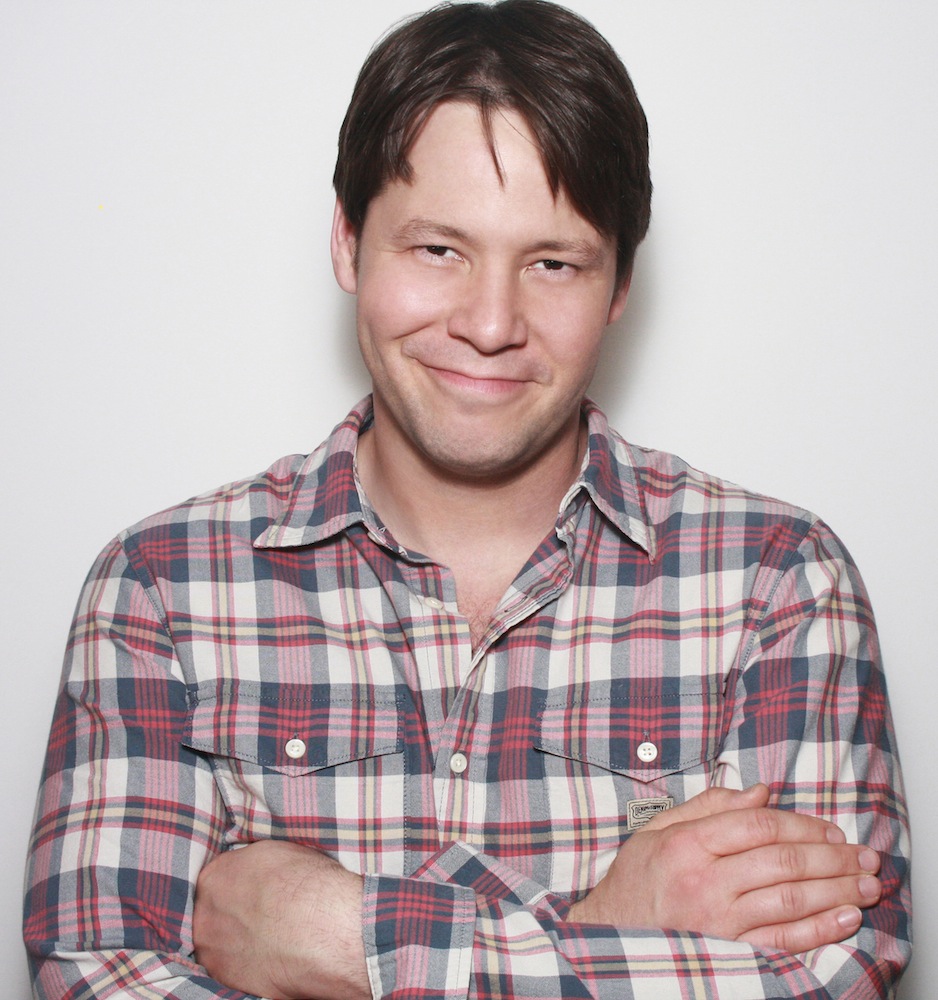 At almost the end of its third season, The Mindy Project‘s scrappy, rom-com obsessed protagonist, Dr. Mindy Lahiri (Mindy Kaling), a New York-based OB/GYN, has transformed from drunkenly crashing a bike into a stranger’s pool after her ex-boyfriend’s wedding, to completing a fellowship at Stanford, getting pregnant, and starting her own fertility clinic. Mindy’s romantic foibles have of course been at the core of the smart, warm-hearted series, but her coworkers at Shulman & Associates round out the cast into a real ensemble, and bring a hefty dose of levity to the show. There is Mindy’s colleague-turned-boyfriend, cranky, uber-Italian Staten Island native Danny Castellano (Chris Messina), posh British doctor Jeremy (Ed Weeks), Dartmouth bro with a heart-of-gold Peter Prentice (Adam Pally), and the always enthusiastic Morgan Tookers, a former car thief-turned-nurse (with a tattoo on his stomach reading “No more stealing cars”), who lives with his grandmother and crafts a bedazzled barf bucket for Mindy to help with her morning sickness.

Tookers is played by Ike Barinholtz, a MADtv and Eastbound & Down alum, who also serves as a series writer, producer, and now director. Barinholtz first got into comedy in his native Chicago, and along with his writing partner, David Stassen, he’s writing the script for the upcoming Police Academy: Next Generation. He will also star in the much-anticipated Sisters along with Tina Fey and Amy Poehler (as Poehler’s love interest), out this December (“It’s like Superbad, but with sisters,” he says).

We spoke with Barinholtz in advance of tonight’s episode, which he directed, about auditioning for Mindy, drafting the show’s story arcs, and Judge Judy.

IKE BARINHOLTZ: I am sitting in my trailer starting to pack up all of my belongings ’cause we’re about to wrap in three days, and I have an accumulation of hats and sneakers and [clears throat] a marijuana vaporizer, just so much shit that I’m trying to get out of this trailer.

BARINHOLTZ: It is! Only in the sense that they provide juice and everyone makes out constantly. Mindy, Chris Messina, and the writers, we’re all pretty close, so there’s a lot of texting. If I were leaving to go to the Peace Corps for a few months, I would definitely be a little more sentimental, but everyone’s in a pretty happy mood.

KELSEY: Before we talk about The Mindy Project this season, I read that when you were growing up, you wanted to be a politician. When did you realize that comedy was going to be the thing?

BARINHOLTZ: I think after I got to college and I stopped going to class and doing any homework. I would just drink and smoke weed and watch comedy. It’s kind of like, “Listen, I don’t think I can do that as much if I’m a politician, but in comedy, I can do it all the time, and it’s part of my job!” So, I think it was a combination of college things. When I came back home to Chicago, I started seeing some improv shows at the ImprovOlympic. I saw Amy [Poehler] and Tina [Fey] and Tim Meadows and Chris Farley perform, and I was like, “Oh, that’s what I really should do.”

KELSEY: Do you remember your first role?

KELSEY: Do you have any particularly memorable audition stories?

BARINHOLTZ: They’re all terrible. Auditioning is pretty rough. [laughs] I auditioned to be an onion in a Quiznos commercial one time. I had just moved to L.A., I got this audition, and I thought, “Well, this is perfect. I’ll be the onion in this Quiznos commercial. Then, Quentin Tarantino will see this one day and be like, ‘Oh my god, that onion is amazing! I’ve got to cast him in my next movie!’ And then I’ll be set.” But as it turns out, they went a different direction with the onion. I think they went ethnic, maybe, I don’t know. That was pretty rough—to be told that you’re not good enough to be an onion shot with a very long lens from far away. You start to question whether or not this is the right business. Luckily, I stuck with it.

KELSEY: Well, it might have been typecasting from that point on. Fruit of the Loom commercials…

BARINHOLTZ: I would have done onion, turnips, parsnips, just any kind of root vegetable that I could get. I’ll be honest, and this might sound cocky—I think I’m a little bit deeper than your average root vegetable. Not much, but a little bit.

KELSEY: Was writing something that you always did on the side?

BARINHOLTZ: My writing partner is a guy named David Stassen. When we were in high school we wrote a comedy column. We always just loved writing and trying to make people laugh on the page, and we always had this pipe dream, “Oh, maybe we’ll go to L.A. and write movies one day.” I was getting deeper and deeper into the comedy scene in Chicago, and he was finishing up at Northwestern, then I went to Amsterdam, and he was still doing that stuff. I said, “We should actually try to do that.” So, we moved to L.A. like, “Oh, we’re writers now! We’re gonna be writers!” We wrote a movie that was really bad and a TV show that was really bad. We ended up selling a movie that six years later, it looks like they’re going to make it with Kevin Hart and The Rock. It’s a small, low-budget TV comedy. No, I’m kidding. It’s like a $15 million action comedy.

KELSEY: So you originally tried out for Chris Messina’s character, Danny. Was that before you came on with Dave to write on the show?

BARINHOLTZ: Yes, I did. I was a very big fan of Miss Kaling because I love The Office. I think it’s really just one of the greatest shows that America’s ever made. I heard she was doing her own thing. The character wasn’t even called Danny then, I think it was called Clayton, maybe. I know that she always had Messina in mind, and after she met with him, they tweaked the character to make it more Messina-y. I thought I did a good job. Clearly, she didn’t think so. You know what? Fuck it. I mean, I’m happy for Chris. I’m glad it worked out, but I’m still a little bitter, okay? Because you know what? The show could have even been better with me. And I don’t care who knows that. And I’m being sarcastic.

KELSEY: Well, Mindy could’ve been having your baby right now.

BARINHOLTZ: In real life, she’s going to do that for me. She might get the TV baby; I’ll get the real baby. That’s a joke. It really worked out in the end. The two of them, I think, are one of the best couples on TV. Her and I, both on camera and off camera, have a very fun friendship where we’re constantly making fun of each other, which is my favorite kind of friendship.

KELSEY: At this point in the season, every character is finding a new place: Mindy is pregnant and starting her own office; Peter, Adam Pally’s character, left the practice. Everyone is having these major life moments that have evolved hugely since the start of the series. What has been your experience scripting these arcs?

BARINHOLTZ: The Mindy/Danny one is obviously kind of the big fish. Even going halfway through season one, I don’t think anyone thought it was going to turn into what it is. We always thought there would be a “will-they-or-won’t-they,” he’ll suffer silently, and she’ll do the same, and maybe in the last episode of the series, it’ll come together. But it started to become more evident that the stories we were enjoying the most were the ones where it was the two of them. It just organically seemed to turn into that. Going into this year, we had to pivot from a show about a girl looking for love to a show about a girl who found love, but is this guy the right guy? Is this guy the guy who’s gonna give it to her? Luckily we were able to fall back on the two of them having this really funny chemistry with each other.

We always knew Adam was only here for a finite amount of time. We always had plans to have him go—he was going to go to Doctors Without Borders; there was one where he was going to get shot to death. But once we came up with this character Tracey Wigfield plays, Lauren, we were like, “We’ll use her to drive a wedge between him and Ed Weeks, and that will be a fun energy to play out. In the end, he’ll move to Texas, and be with her.” As far as everything else is concerned, we do everything season arcs to arcs. There’s an episode we just shot last week where Morgan puts on sympathy weight with Mindy. That episode was really fun. They had me in a fat suit and talking about how I gained 50 pounds in six weeks. But, we were just like, “Well, listen. That’s not something we want to go back to constantly for the rest of the season.” So, in the next episode, Morgan’s like, “Yeah, I lost the weight.”

BARINHOLTZ: It’s very exciting! We knew he was a big fan of the show, and we are obviously obsessed with him. Mindy was like, “I’m gonna try to get him on the show.” Honestly, I didn’t think it was going to happen because he’s filming a new show, and he doesn’t act a lot anymore. When she told me he was doing it, I just couldn’t believe it. We definitely wanted to have a big Danny episode with his inner conflicts about his religion. Once we knew we were doing that, then it was the natural connection, “Okay. Steve Colbert I bet would love to play a former badass, incorrigible priest who now has seen the light and is a little judgmental.”

KELSEY: Are there any guest stars you’re just dying to write for? I saw on Twitter Larry King was lobbying to play Morgan’s grandfather.

BARINHOLTZ: I think that would be so, so fun. I mean, there’s the obvious comedy people that we all love so much, whether it’s Will Ferrell or Amy Poehler or Danny McBride. Those are three people that if you can get them on your show, you know you’re doing something right. But if Larry King and Judge Judy were my grandparents, I would be so happy, my god! The problem is they both literally have, like, a billion dollars, and I don’t know if they want to schlep their butts all the way to Universal Studios and spend a day on set, but the offer is out there. Judy, if you’re reading this, Larry, if you’re reading this, please come. Join us.