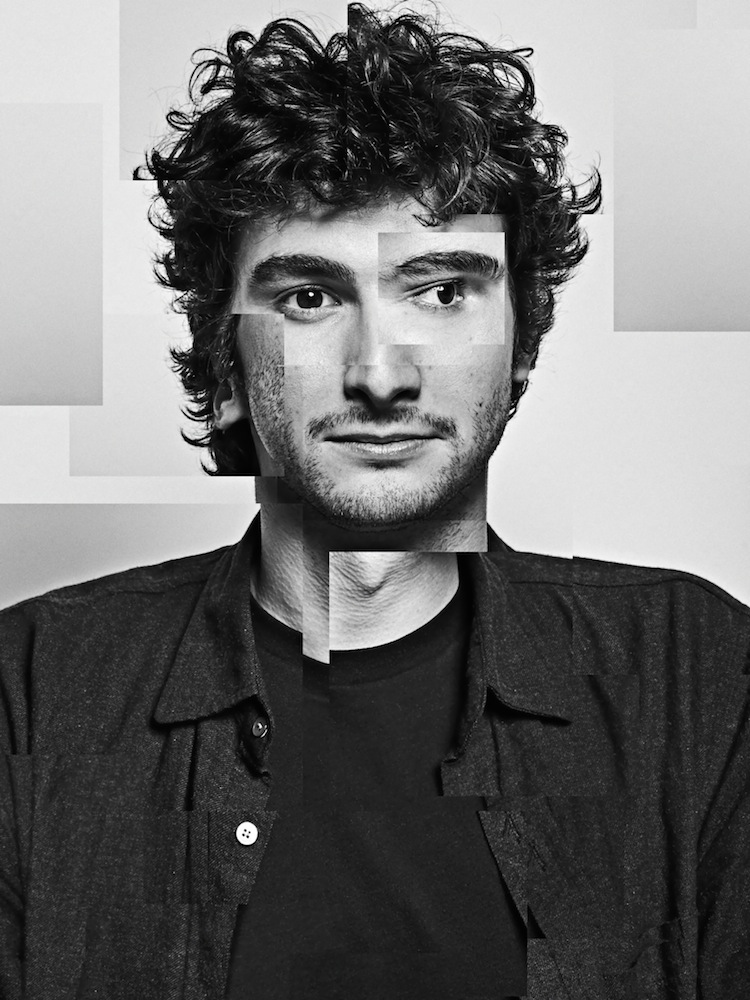 For the next three weeks, The Sensuality Party will be performed at university and college campuses around New York. Though it began as Kuritzkes’s senior thesis while at Brown University, it is not a student production, but the last play in The New Group‘s current season. “I think what excited the New Group about doing this play was doing it in spaces where they could get an audience that doesn’t usually see their plays,” explains Kuritzkes. “Doing it in a context where the people watching the play are going through something that’s not necessarily exactly the same as what’s happening in the play, but they can relate in some way,” he continues.

Over his four years living in New York, Kuritzkes has had an impressive array of residences at the likes of Yaddo, The MacDowell Colony, and the Edward F. Albee Foundation, and was part of Ars Nova’s Play 2014 to 2015 Play Group. On the side, he’s something of a YouTube celebrity, with 22,000 subscribers and video views that range from 12,000 to 2.2 million. Recently, he has been co-writing a pop album, Songs About My Wife, with unconventional lyrics (“Even though we’ve got a baby, we’ve still got time to get crazy when the baby’s asleep“) and addictive beats.

HOMETOWN: I’m from Los Angeles, from the Valley.

FAVORITE PLAYWRIGHTS: Most of the playwrights that inspire me don’t put stuff on that often, but one of them is definitely Wallace Shawn. Another is Caryl Churchill, Edward Albee, my wife Celine Song, and Sarah Kane.

FAMILY HISTORY: My mom is a real estate lawyer; my dad’s a gastroenterologist. There weren’t that many creative people in the house, but my uncle, who’s a screenwriter, was a big influence—seeing that he was a person who’s job was to create things.

FROM THE FRINGE: I had this show at the Fringe Festival in New York the summer between junior and senior year of college. Someone who had been a reader for the festival really liked that show, and we started collaborating a bit together. He did a reading of this play, and one of the actors who was in that reading knew somebody at Playwrights Horizons named Alec Strum. Alec reached out to me and sent it to a bunch of agents and that’s how I got my agent.

The sense I got when I was doing the Fringe was that it was a disaster—that’s not fair, I wouldn’t want to call it a disaster, it’s just not a lot of people came to see the show. It’s a giant festival and there are many hundreds of shows in it. Certain ones get traction really early on in the festival. I assumed nothing would come from the show, but in this weird roundabout way, it did lead to all of this stuff.

THE SENSUALITY PARTY: The play was written in 2011 and there are some references in the play to stuff that was happening around 2011, like Occupy Wall Street, but none of those historical events are specifically named or placed. I think people who remember that time will know that it’s about that time. The span of the play is sort of the whole college experience; it goes from 2008 to 2012. But I don’t think it reads like a period piece.

FINDING A VOICE: This play is the first play I wrote that sounds like me, or that I’m willing to still have my name. I was sort of a different writer every year [in college], because I was a different person every year I was there. I didn’t know myself very well. It took four years to start to be the person I recognize. I hope my voice changes [again]. I expect it to change. I try not to worry about it too much, but I do worry about it a lot. I hope that the play that I write now that I’m really proud of and feels like it says what I want to say is not the play I’ll be writing five or ten years from now. But I also hope that I’ll be able to at least recognize who that person is who wrote the play, even if it feels like I’m connecting with a stranger.

THE YOUTUBE VIDEOS: I started making YouTube videos in college. I don’t know how it really happened, but one of the videos got posted on Reddit, Potion Seller, and there’s this whole community that’s been built up around that video in particular and that sort of spawned off into them watching all the other ones. I honestly don’t know why I started making them. Probably to make my friends laugh. I made a ton of them my senior year in college, and then I was still making them when I left. The fan base, for the most part, was people I knew, or people who knew people I knew. Then sometime around my first year in New York, one got posted and my fan base exploded. It has, like, two million views. There’s fan art. They write me messages on YouTube. A lot of them have friended me on Facebook. Do I accept them? Of course! I mean, it’s the internet, so a lot of people send me a friend request and I’ll accept it and then it’ll turn out that they’re a total racist and I’ll have to unfriend them. But it’s fun. It’s my widest fan base for anything I do. Some of them know I write plays.

SONGS ABOUT MY WIFE: I co-write songs with a friend of mine. Those are recent. They’re fun. I do not have a child, but I am really married. I haven’t made any YouTube videos since I started making music ones, and a lot of the fans are very upset about that. They think the channel is veering off into this pop direction. But I will be returning to making [other videos].

UP NEXT: I really want to write a musical. My wife and I tried writing one together. We co-write, not really plays, but stuff that we think will help us live. We co-wrote a TV pilot together, an animated comedy.

THE SENSUALITY PARTY IS ON NOW. FOR MORE INFORMATION OR TO PURCHASE TICKETS, VISIT THE NEW GROUP’S WEBSITE.