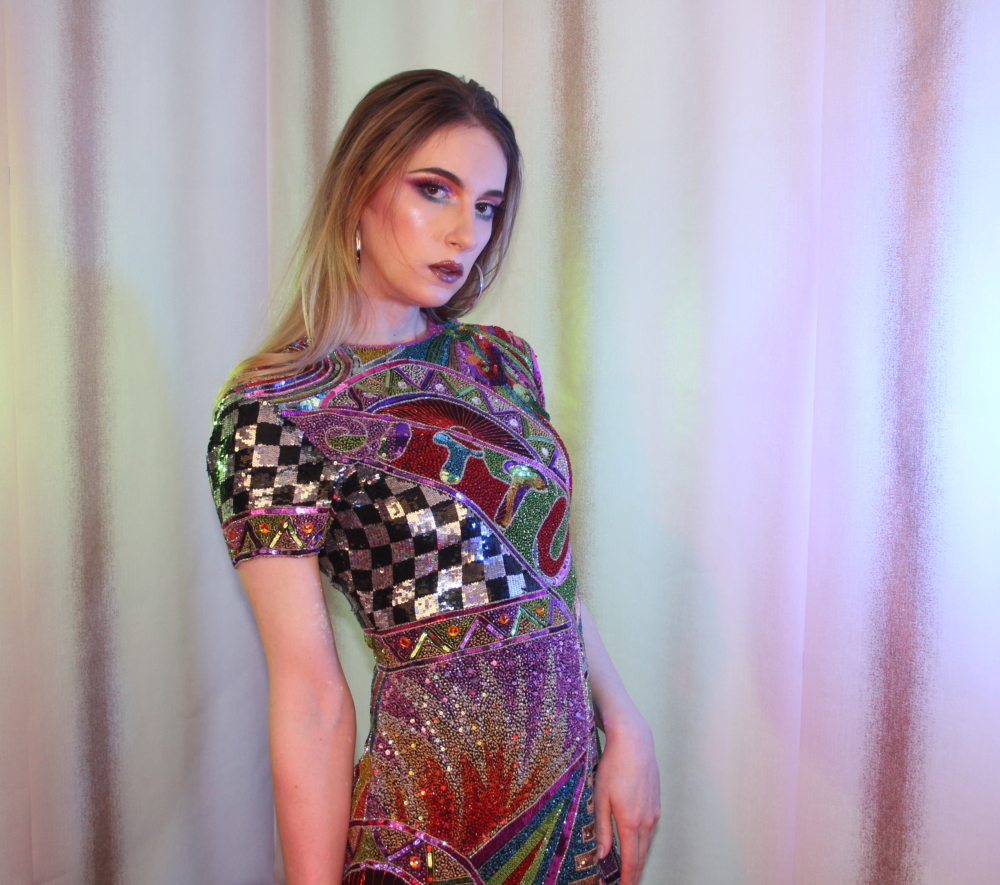 Natalie Wynn—better known by the name of her popular YouTube channel, Contrapoints—spends her time in her Baltimore apartment recording herself talking about everything in the zeitgeist, from TERFS to Jordan Peterson. (Her bio: “YouTuber, ex-philosopher. Sex, drugs, and social justice.”) The transgender intellectual of the modern age has changed public discourse by infusing drag, philosophy, humor, and mood lighting into her web series, racking up millions of views in the process. Amidst the chaos of social media, Contrapoints distills the wreckage of irreverent memes and Twitter debates into episodes crafted as stylishly as a graduate-level dissertion, albeit with a little more bite. We asked Wynn to share her hot takes on some current topics, from Drag Race to #sponcon to everything in between.

“I know that a lot of people in the trans community don’t like the show because it has a bad record in terms of how it deals with trans people, but it’s a guilty pleasure. I love watching it. I get a lot of fashion and costume inspiration. I know it’s easy to seem like a prophet in retrospect, but I was a stan for Yvie Oddly from the beginning. I thought her drag was so unique and so fascinating. It’s hard to stand out when you’re competing on a show that’s run 11 seasons, plus All-Stars seasons. I followed her on Instagram before she was even on the show.”

“What I was told by a friend is don’t watch any previews, don’t read any reviews, just go see it. So I know nothing, except if it’s anything like Hereditary, it will ruin my day.”

“Not a good look. The sandal should be Roman, that’s my feeling. I don’t like the clunkiness.”

“I just made a character in a video—Baltimore Maryland—who’s very much a Marianne Williamson gay. Honestly, at this point, what counts as a president is completely open as far as I’m concerned. I think that post-Trump, what counts as a viable presidential candidate is completely up in the air, and I would be perfectly happy to elect the goddess of love.”

“I guess I never intended to become the world’s leading expert on incels, but I suppose I have. They need to get off the internet and stop worrying about skulls, but then again, I should give myself the same advice.”

“I bought one because I was considering having a character [in a video] use it, but instead, I just smoke it while I’m editing. Now I’m getting addicted to nicotine—I’m actually not addicted to nicotine, but it has its danger. So much for using it to quit cigarettes—I was not a cigarette smoker in the first place.”

“She’s one of my favorite contemporary musicians. I really wanted to use the song “Faceshopping” in my beauty video. I was listening to it the day before I had facial surgery. I couldn’t sleep at night, because it was absolutely terrifying thinking “oh tomorrow I’m just going to go under general anesthesia and have my face completely cut up.” I remember waking up at 3 AM and listening to that song. “

“Carbonated drinks, in general, are just so much more pleasant than non-carbonated. Sparkling wine is simultaneously very flavorful, very refreshing, and quite alcoholic. It kind of just brings a little celebratory moment to your day.”

“The campy thriller pop, that haunted house thing, I love that. It’s fun and it’s not too serious. I love to see any trans girl succeeding. The song “Do Me” is my 2019 slut anthem.”

“I have never done sponsored content, and I think that it is a little bit of a blow to the dignity of the creator who does it, although most of my friends, people I admire, have. And I certainly have considered doing it, but I’d have to do it in my own particular way. There’s a period tracking app that wanted to sponsor an episode. I think yes, only assuming that they allow me to completely, straight-facedly talk about how much I enjoy tracking my period.”

“Are these the ones because the iPhone doesn’t have the headphone jack now? No. I can’t deal with that. That’s too many things to charge. I have enough chargeable things already.”

“I would never go anywhere near such a thing. Seems like a lot of moving, a lot of activities. I don’t know about that. I can’t trust it.”