Tank Top and Necklace by Versace. Necklace (worn throughout) by Tiffany & Co.

After 12 seasons as Elliot Stabler on Law & Order: Special Victims Unit, Christopher Meloni left a morally ambiguous detective–shaped hole in the hearts of viewers when, in 2011, he departed the long-running cop procedural, seemingly for good. In the ensuing years, the Washington, D.C.–born actor reminded audiences that despite the hot-headed character he became famous for, he was actually a funny, lighthearted guy, making appearances in comedies such as Veep and At Home with Amy Sedaris, as well as reprising his role as Gene, the shell-shocked chef of Camp Firewood in Wet Hot American Summer: Ten Years Later. More recently, though, Meloni shocked the world when it was revealed—dun-dun—that Stabler would be rejoining the Law & Order universe, first in a special episode of SVU (Stabler and Captain Olivia Benson, played by Mariska Hargitay, had some unfinished business) and then as the lead of his own franchise spin-off, Law & Order: Organized Crime. It was on the set of that show where paparazzi photos emerged showing Meloni’s ample, well, ass, which sent certain corners of the internet into code red. Here, he addresses that, along with 16 other topics chosen sort of, but not really, at random.

“This is what has happened. I’ve been blessed with glutes that have an attractive shape. But I have a trainer, and we’re going through bodybuilding phases, and where everyone kind of caught me was that I’d been preparing for one year in a very high-intensity weight training program that actually focused on legs. So I guess you could argue that the glute-peeping public are now reaping the benefits of all that hard work.”

“I’m semi gluten free. I think that falls under the category of vegan, which I’m dipping my toes into. I’m unafraid to expand the horizons and see how it makes me feel. I actually had a gluten-free pasta just the other night that shocked and pleased me. It’s a close cousin to the Beyond Meat–type stuff, and I’m a big fan of those as a change of pace.”

“Meaning that if you’re an Elliot and Olivia shipper, you’re thirsting to see their relationship be consummated? That’s like asking me to try to stop the northbound train by lying down on the track. That’s a third-rail question.”

“It was awesome being one. You’re basically number one on the call sheet. The younger kids were in awe of you, but I’m not designed to buy into the hype. I just wanted to win, which we did. The fact that we were undefeated was the true goal.”

“I’m not against them, but it just doesn’t fit with who I am. I like things in my life a little low-key, especially if it’s less expensive.” T-Shirt Stylist’s Own. Sweatpants by Champion.

“I did it twice. One time it was a Law & Order–themed thing, and [the actors] Katie Erbe and Sam Waterston thought I was playing possum because I was horrible in the warmup round. And then when it was time to really play and Alex Trebek came out, I kicked their ass. It felt good.”

“It’s like golf to me. I’m good for five holes and then I just don’t give a shit anymore.”

“You go in, throw your best punch, and you get out. Brad Pitt in Deadpool 2 was the ultimate cameo.”

“I can’t do it for monetary gain. Maybe I should see a shrink about that. But I am trying to convince myself to do it for a charity. I don’t know if that’s my Catholic guilt, but I’m caught between procrastination and doing it for charity. Maybe once the season shuts down and I have a bit more time, I’ll be more amenable to it.”

“The most miserable job I ever held, but it was either that or starve in New York City. I was a bouncer at Kenny’s Castaways, The Bitter End, and Stringfellows, which was a nightclub that turned into a strip joint. I was just a kid, I didn’t know what I was doing, and  I wasn’t imposingly big. I worked out, but I was just another guy. You’re there to try to police people who are shitfaced, so you should have a gift for gab, and I’m not that good at that. And I don’t have a diplomacy bone, so consequently, there were a couple of times where it got messy.”

“I don’t want to get too heavy, but my relationship with cops is great, and there’s no higher compliment than when a cop comes up to me and gives me props.” “I have the same relationship to bologna that I have to Spam. And of course kids used to rhyme my last name with it, and I must say, that’s one of the few times in my life that I’ve handled that kind of obnoxiousness well. That’s a low-level attempt at humor. Come on.”

“I always want to test the server. I usually find two or three things on the menu that I like, and I’ll ask a specific question about how something is prepared, or which is more filling, because I’m usually ravenous. And if it has the threat of being greasy, I ask that question, but not in such stark terms. More often than not I’ll say, ’If you were me, which one would you order?’ And I appreciate it when they say, ‘I haven’t tasted that one so I can’t tell you.’ Honesty counts. You don’t have to have all the answers.”

“The most important tool in my house, aside from the espresso machine.” 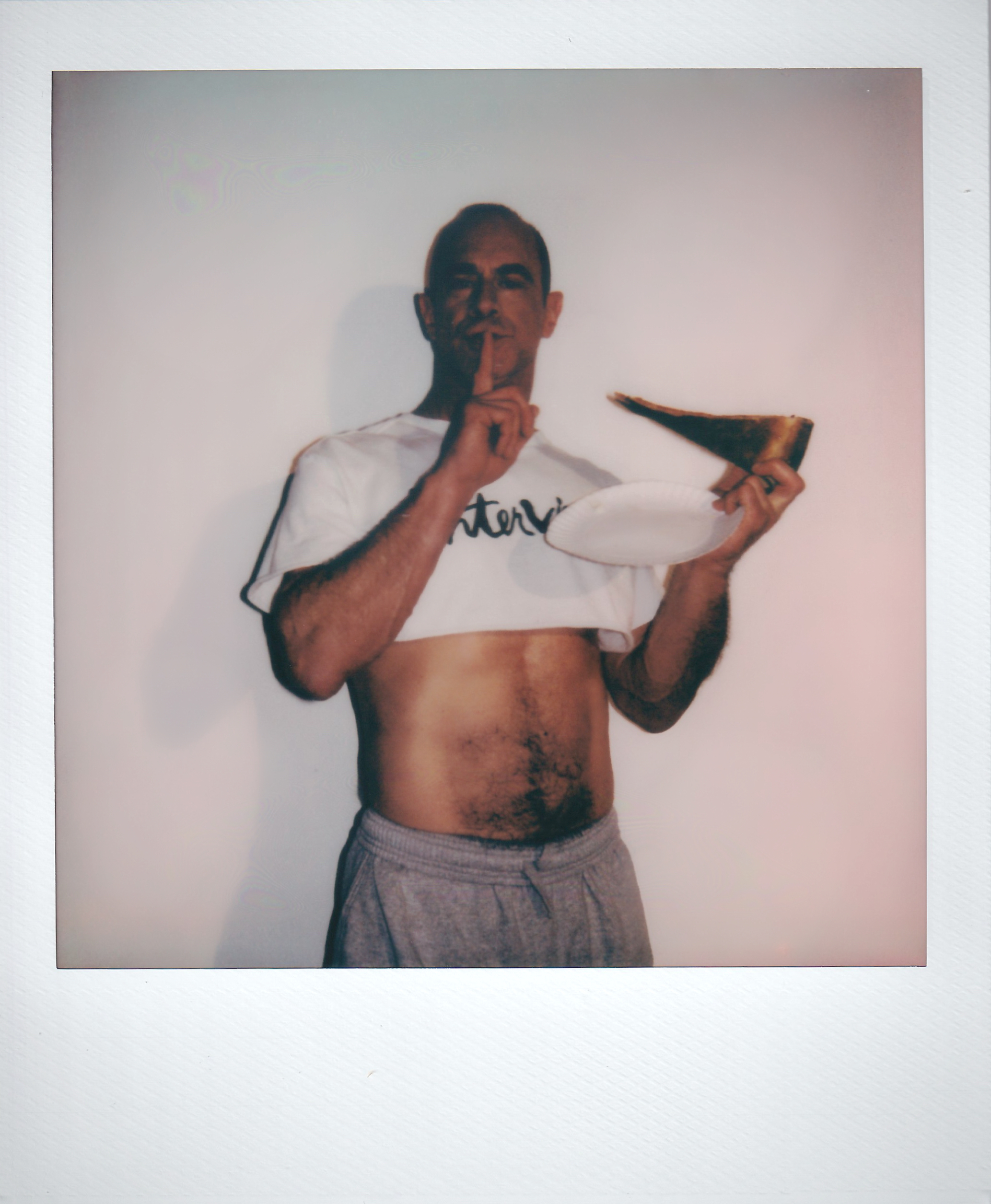