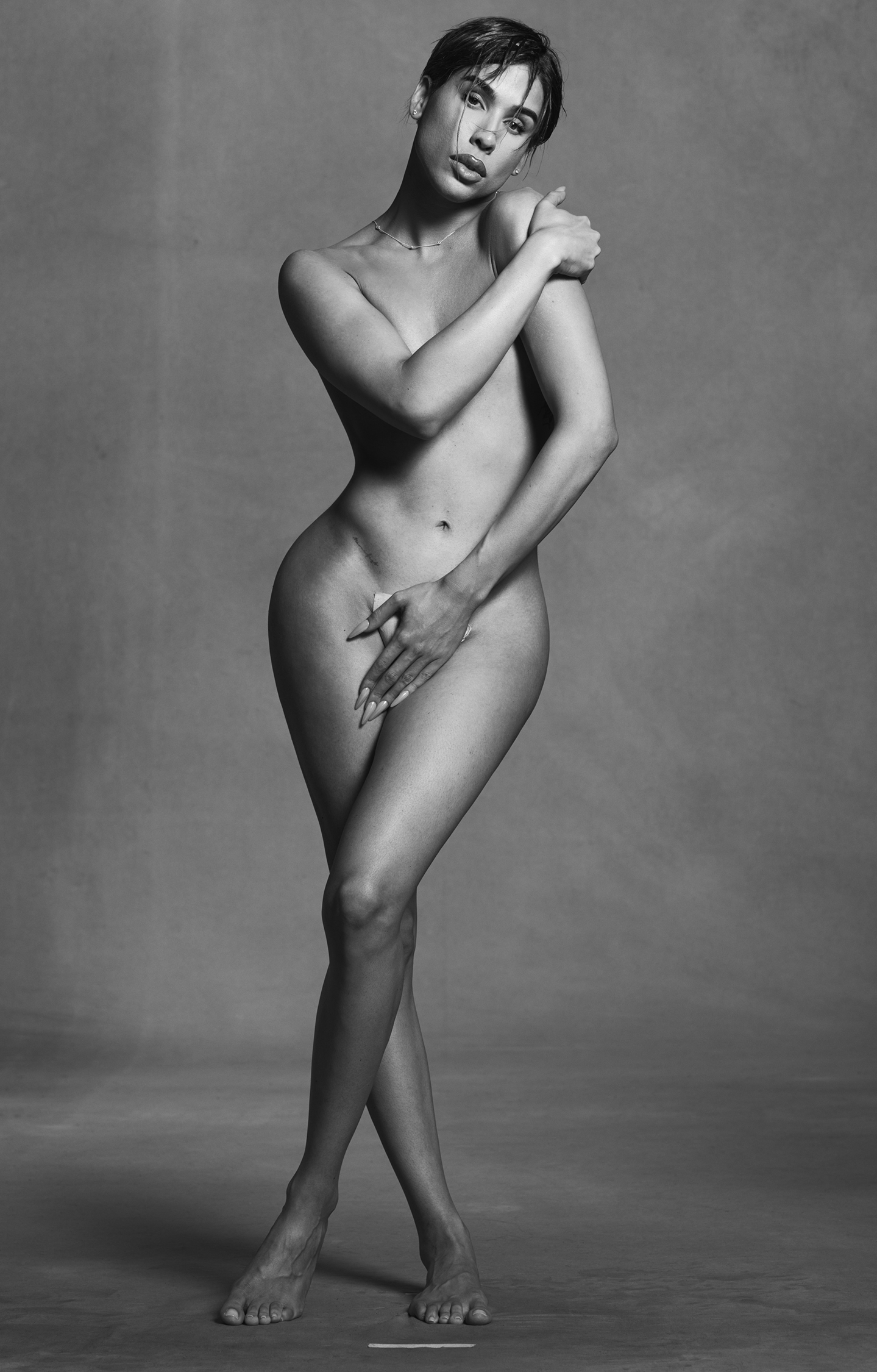 Ariel Tejada, aka @makeupbyariel, was only 17 when he first hit the Manhattan streets, rolling suitcase in tow, and started booking the gigs that would rocket him to the celebrity makeup artist A-list. But it was only when Kylie Jenner noticed his genius that he found his true calling. Together, they created the iconic “Kylie” look that transformed the beauty industry forever. Read and learn as the two superstar aesthetes discuss YouTube tutorials, the Met Gala, and their shared passion for the transformative power of a crazy little thing called glam. — CAT MARNELL

KYLIE JENNER: I have a little list of questions that I’m going to ask. Okay, Ariel. How did you start doing makeup?

ARIEL TEJADA: It was such a natural transition for me from just being a creative in general, but I feel my first makeup moment was me randomly doing my cousin’s makeup. One day she was getting ready for an event and I was like, “I think I can do it. I’ve watched enough YouTube videos.”

JENNER: Do we have a picture of this glam?

TEJADA: No. [Laughs] I wish. But I remember that day. I felt so fulfilled and I bought a mannequin head and I started practicing on it.

JENNER: That’s cool. So you watched a bunch of YouTube videos?

JENNER: I watched a lot of YouTube videos too when I was younger. My dad was always so suspicious about what I was doing on the computer all day.

JENNER: I would just watch these YouTube videos of how to do your eyeshadow. And then I would go to school the next day and wear the look.

TEJADA: In private—because I grew up in a really religious household—I would go into my room and practice on one of my eyes. I would keep it as long as I could and then wipe it off.

TEJADA: And my mom caught me one day.

JENNER: What did she say?

TEJADA: I got scared, but she didn’t really say anything. She’s like, “Wipe it off before your dad sees you.” JENNER: When did being a makeup artist become real for you?

TEJADA: It’s funny. I was only doing makeup for six months before I met you.

JENNER: That’s crazy because it looked amazing from what I saw.

TEJADA: And during those six, seven months—this was freshly out of high school—I would go on this website called Model Mayhem.

JENNER: What is that?

TEJADA: It’s a website where you connect with photographers and models and you do things for trade.

TEJADA: I was like, “Maybe this could be a thing for me.” I was doing these photo shoots and dragging this little suitcase through the streets of New York. I would drag this suitcase from, like, 14th Street all the way to 49th Street, but I’d wake up every day excited. I loved it. I knew I wanted to do it for the rest of my life.

JENNER: Well, that goes into one of my later questions, about how I connected with you over a passion for makeup. I feel like you’re so good at what you do because of how much you love it. What keeps you going after all these years?

TEJADA: Like, I actually, genuinely enjoy everytime we sit in the chair and glam. Each day is exciting for me because even if we try to replicate a glam, it’s never exactly the same.

JENNER: I also love how you’re always learning and evolving and pushing yourself to be better. You always come into work with a new technique— even during my pregnancy, when we weren’t doing makeup as much. Um, do you still think that there’s room for innovation in the industry?

TEJADA: Yes. With TikTok and YouTube, there’s something always changing in the makeup industry. I don’t necessarily copy things, but I find inspiration in what others are doing. I adapt little things and figure out how I can blend them with my technique.

JENNER: Well I think you—not to cut you off, but I think you learn a lot from yourself, too.

JENNER: We’ll do glam and I’ll walk a carpet and immediately after—not that we’re not obsessed with it—but you’ll be like, “Okay, next time, I feel like it could be a little brighter by your nose.” We bond over attention to detail.

TEJADA: I agree with that.

JENNER: Makeup is a whole different language for us. When was the first time you realized you were influencing other people with the way that you do makeup?

TEJADA: You are such a huge part of this. Together we’re a perfect team. A lot of my career is so attached to you. You’ve taught me about the way that you like things done on yourself and I’ve used my own knowledge to perfect that. Our brow technique, the really clean, shaped brow—that was the first time that people were going crazy. And then we did our first Met Gala together and I was like, “We just set a whole new style of make-up.” With the blush and the brow and the under-eye—people had such specific things that they liked about our glam—and I say our glam, because I feel like you’ve helped mold me into the makeup artist I am today. You’ve been such a muse for me.

JENNER: I love you.

TEJADA: I love you! [Laughs]

JENNER: Is there anyone you look up to when it comes to glam? And it could be someone from the past or it could be just a glam icon or another makeup artist.

TEJADA: Your sister. Her face was really a thing for me when I started doing makeup. Kim and Mario [Dedivanovic, Kim Kardashian’s makeup artist] were such a huge influence on me.

TEJADA: The way that her face handles makeup and the way that he did makeup at the time—I’ll still look back at those moments when they were first starting.

JENNER: And I think maybe it was the first time we saw a makeup artist–celebrity duo.

TEJADA: Yes. We didn’t even try to do that. It just naturally became such a thing for us. We’re such a perfect duo.

JENNER: We are. What is your favorite glam you’ve done on me? And is there a glam that—

JENNER: No, there’s nothing that we don’t love. TEJADA: There’s nothing that we don’t love, but I’ll look back at glams from when we first started and I’m like, “I can’t believe she liked that.” Our evolution in glam is just so beautiful. I would say my favorite glam, and it’s not even because it was the best glam we’ve done, will forever be Met Gala, 2016.

JENNER: It was a very special glam.

TEJADA: For some reason that day, we set the tone for what our glam was going to be.

JENNER: I felt so beautiful that day. Makeup for me is about enhancing your own features. Sometimes you can do your makeup where it could affect you negatively, almost. You’ve always made me feel so beautiful.

TEJADA: You’ve helped me see beauty and makeup in that way. Because when I first started, I thought it had to be the crazy shadows and the lashes—there was too much of everything because I just loved makeup so much. You helped me refine that and understand that it doesn’t have to be the craziest lash for it to look glam, or it doesn’t have to be the brow and the lip and everything. Let’s choose something and make it stand out.

JENNER: Aw. What do you think we disagree on the most, when it comes to glam?

TEJADA: I don’t know. You say something.

TEJADA: We definitely do have our little things that—I don’t know if we disagree on them, but we see things differently.

JENNER: It depends on the glam.

TEJADA: I’ll give an example. Sometimes I’ll do too much around the lash line or something, a small detail, and you’ll be like, “I think it’s too dark.” And I’m like, “No, but I feel like it’ll show up nice on camera.” You’re like, “Mmm.”

JENNER: Or you’ll be like, “No, just wait for the lashes and it will all come together.” And then sometimes it does, or at the end, I’ll be like, “It’s too dark, Ariel.” [Laughs]

JENNER: Yeah. And I think these past two years we’ve really been exploring different looks. So for 2022, I think our goal should be to get out of our comfort zone more.

JENNER: Is there an era of makeup that’s your favorite? Nineties glam?

JENNER: What impact do you think Instagram has had on the makeup industry?

TEJADA: I think we celebrate beauty so much more. People are way more interested to see what looks you’re wearing, or how I apply makeup, or what we use, and that’s really impactful. That’s the positive side of it, but I also think it puts a lot of pressure on people because they feel like they have to be perfect all the time. Little do they know that half of the time we’re in sweats doing these things.

JENNER: I know. Okay, so I want to set the record straight on what Kylie Cosmetics blush we use on me.

JENNER: I actually made it for us.

TEJADA: Yeah. Because, remember I would mix all these eyeshadow colors to get the right color.

JENNER: You mixed the Kylie Cosmetics hot pink eyeshadow with other blushes to make this perfect—

TEJADA: When things are too high-stakes and there’s so much pressure. One thing that I appreciate most about working with you is that it never feels like work. And when it starts to feel like work, we take a step back and try to reassess things and remind ourselves that this is supposed to be fun, because the moment it’s not fun, we’re like, “Why are we doing this?”

JENNER: Makeup’s fun, clothes are fun, photo shoots are fun. And we take our jobs seriously, but—