Picture this. It’s 1987, Manhattan. A nobody kid from St. Louis named Andy Cohen is wandering the streets on his first night in town, and sees the ultimate New York Andy: our founder, the late, great Andy Warhol. Was that celebrity sighting a sign? Because now it’s 34 years later and Cohen is a god-tier media mogul, a dishy talk show host, and the ultimate New York Andy. Anyways, we reunited them here for a Warhol “interview” between the two legends.

ANDY WARHOL: What was your first job?

ANDY COHEN: I had a paper route in St. Louis, Missouri. I also worked for my family business every summer, which was food manufacturing and distribution. I worked the phones, made deliveries, and drove a forklift.

COHEN: During the pandemic I was leaning into big hoodies and big, long sweatshorts, but in my life, I’m a big Ralph Lauren guy. I’m kind of square.

WARHOL: Is there anything that you regret not doing?

COHEN: No. I’ve always wanted to jump out of a plane, but maybe it’s okay that I haven’t done that. Also, I’ve never had sex with a girl. I think about that.

COHEN: I love love. However, love is not so easy to come by. I’m not someone who falls in love easily. I know when I’m in love, but it’s not around every corner.

COHEN: Are you really asking me about my beauty secrets?

WARHOL: What do you eat for breakfast?

COHEN: A piece of toast with jam on it. And my son says, “Daddy’s toast. Daddy’s toast, Daddy’s tea.” Anyways. 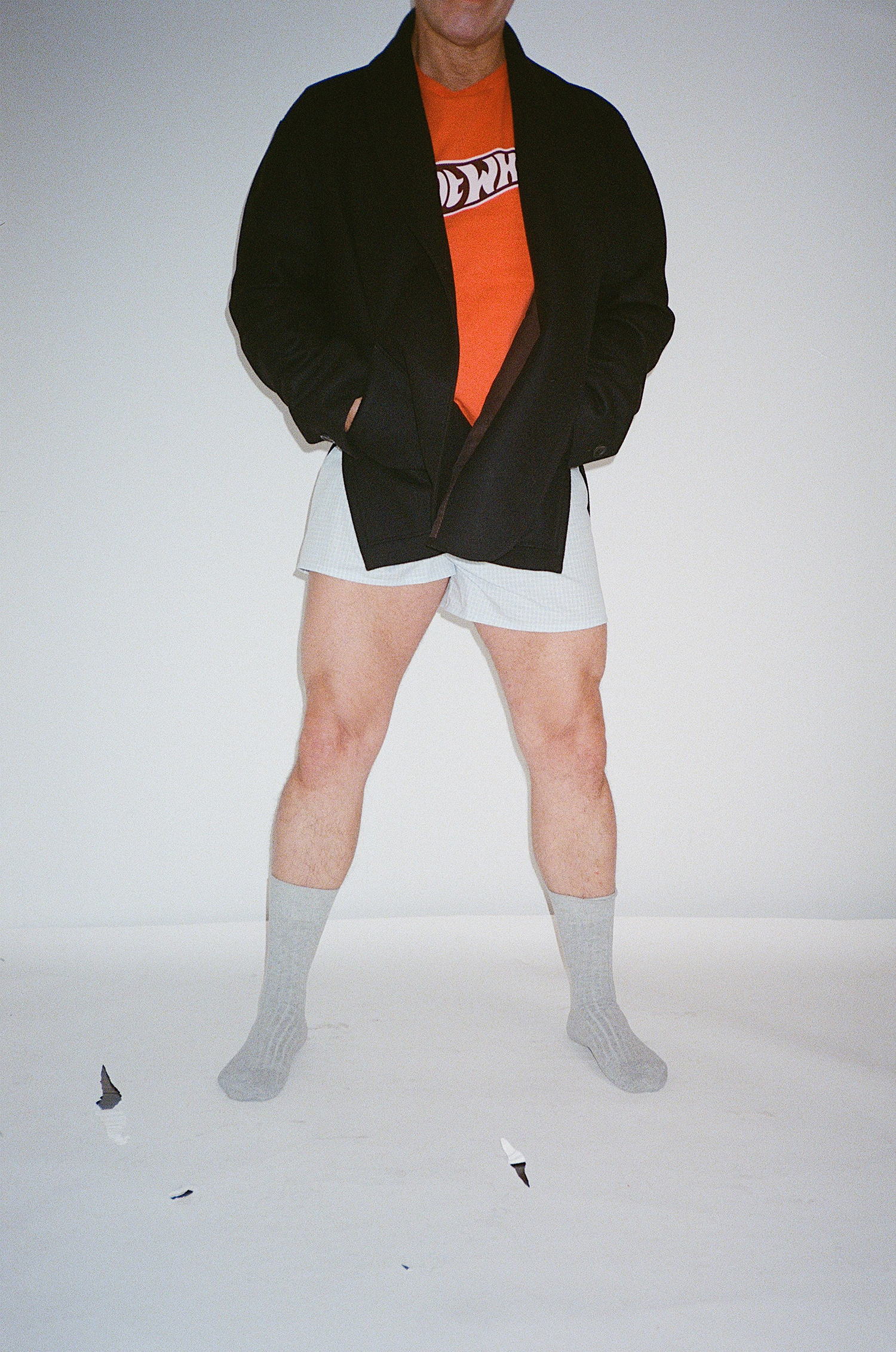 Jacket by Ermenegildo Zegna. T-shirt Andy’s Own. Boxers (worn throughout) by Hanro.

COHEN: I’m working on The Real Housewives, got eight shows going. I’m working on Watch What Happens Live. I have two radio channels on Sirius, a talk channel and a music channel, which just launched. I have a new book coming out in the fall, and a book imprint, so I’m always looking for new titles. That’s some stuff I’m working on.

COHEN: This is a good question. It’s a serious question. I don’t want to fuck this up. The football guy who came out, but he’s too young. I think there’s some gay Secret Service guy or fireman who’s waiting around the corner.

COHEN: I get a lot of fan art of myself, the dog, or Ben. I guess that’s not so crazy. I don’t really know. I can’t think of anything.

WARHOL: Do you think it’s okay that boyfriends can kiss and tell?

COHEN: Everyone’s story is their own to tell.

WARHOL: Do you wear underwear to bed?

COHEN: What don’t I love about New York City? She’s been having a moment since I stepped foot in her in 1990, but my first night ever in New York City was in 1987, and I saw Andy Warhol on the street. It was very exciting.

WARHOL: Do you want to live forever?

COHEN: No. I read a book called Forever by Pete Hamill about this guy who lived in New York City forever. And there’s something kind of tragic about it. I want to say yes, but I hate saying goodbye to friends.

WARHOL: Why can’t it be magic all the time?