Diane von Furstenberg turned the tables on Alain Elkann when she sat down with the famed journalist to talk about his new book, Alain Elkann Interviews (Assouline).

Von Furstenberg, who was romantically involved with Elkann in the early ‘80s, is featured in one of the book’s many conversations, talking about her move to America, her family life, and her rise to success. Now, during her narrative moment, the designer extraordinaire described Elkann’s interview style to be “like a flirt.”

“You know he has a preconceived opinion of the person he is interviewing,” she said.

Elkann ran with the simile: “Between you and the interviewed person, there must be a boundary. When it’s finished, it’s finished …you’re already thinking about the next one.”

That much is clear, for his list of subjects is both prolific and profound: Joseph Brodsky joins Zac Posen, Sophia Loren and Anthony d’Offay, but he still counts the people he never got to speak with as his greatest regrets—Winston Churchill, Albert Einstein and, most notably, Mother Theresa, who passed away before he was able to sit down with her.

“He is a nomad and he travels from place to place and from circumstance to circumstance,” von Furstenberg said of his ceaseless work ethic. “[This book] is a perfect reflection of the man and the artist he is and all the people he encounters.”

ALAIN ELKANN INTERVIEWS IS OUT NOW. 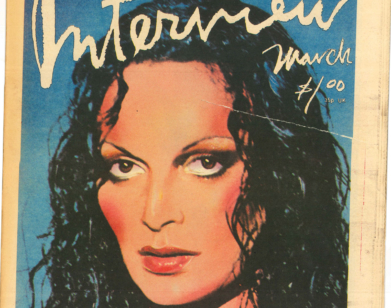