The facetious furball from the long-running TV series doles out prudent counseling on topics ranging from grooming to whoring out your pet for fame. The directorial firebrand discusses embracing slowness, her films’ melancholy undertones and why The Beguiled required a feminine perspective. 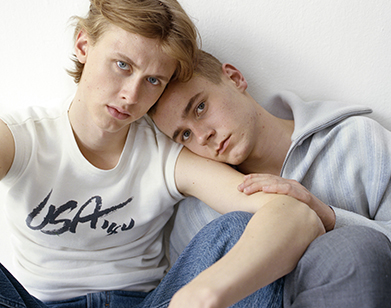 How Skam’s Isak and Even revolutionized teen TV

Tarjei Sandvik Moe and Henrik Holm are the poster boys for a fandom so large and malleable that their characters became real, but the two young Norwegian actors are still feeling the aftershock of Skam’s international success. Who sat front row at NYFW?

Vic Mensa, Kelela, and Cardi B all made appearances on the FROW of New York fashion week shows this season. The formidable actor—who never got a bad review in his career—died of natural causes. For a brand known more for flouting convention with unlikely silhouettes, Mike Eckhaus and Zoe Latta are bringing sexy back. Lou Dallas is a dreamy young New York label trading in fantasy, rather than rehashing staid codes of streetwear. Jean-Charles de Castelbajac Reflects on His Past

Before outfitting Pope John Paul II in a rainbow-striped cassock for World Youth Day in 1997, French designer Jean-Charles de Castelbajac warned him that the rainbow flag was associated with homosexuality. Chantal Kreviazuk has penned hits for everyone from Drake and Kendrick Lamar to Carrie Underwood and Pitbull. On Friday, the singer/songwriter returned with her first solo album in seven years: Hard Sail. There is an undeniable tinge of Prince in singer Søren Holm’s pitch-bending vocals, but the Danish band Liss arguably has more in common with arcane XL Recordings label mate Jai Paul. Over the last five years, stage designer Es Devlin has moved mountains for Kanye West on his “Yeezus” tour, mounted Jay Z on a giant LED cube for “Watch the Throne,” and granted Miley Cyrus’ undying wish to fly around arenas nationwide riding a tube steak during “Bangerz.”

If you asked Andy Warhol with whom he was closest—the person he rang up every morning to chat and entrusted to answer lazy questions from the press—he would probably give you the name of his staunch, lolling best friend Brigid Berlin. Jacob Lofland, Out of Arkansas

You may not recognize his name, but 19-year-old actor Jacob Lofland has dominated the headlines in his local paper for two years running.