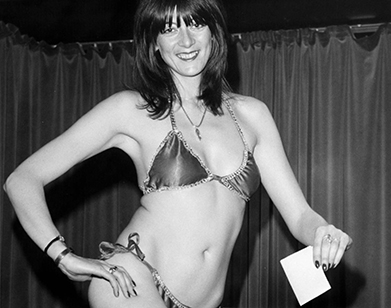 Oct 10, 2017
With a provocative exhibition at London's ICA that included bloodied tampons in the '70s, Tutti has long shook down the priggish attitudes towards sex in art—now, she's finally being recognized for her work. Apr 06, 2017
Fresh from his photo shoot with David Bailey, the 26-year-old Scottish actor Jack Lowden is full of respect for the veteran image maker: "He just takes one shot, shouts, ‘I got it!' stands up, and you're done," Lowden says. "He's proper old-school." Oct 31, 2016
A new exhibition by the young Polish curator attempts to bring a bigger conversation to the state of contemporary design. The Best of Frieze London 2014

Oct 17, 2014
Londoners don't do Frieze—they do Frieze Week. As the galleries assemble their installations in Regent's Park and dates go into diaries, it's no surprise to anyone in town that this four day fair has the definitive industry show for contemporary art. Feb 11, 2014
From their first meeting in the early 1970s, Richard Hamilton and Alan Cristea formed a strong friendship—working together, holidaying abroad, collaborating, and arguing a fair bit along the way. Feb 04, 2014
For her eponymous line of shoes, Sophia Webster fuses bold colors with humor and sophistication. The Opal of Lydia Courteille’s Eye