From the coastal town of Blackpool to the streets of South London and beyond, a new kind of musical alchemy is occurring, as a wave of young, individualistic women have holed up in their bedrooms experimenting with synthesizers and computers, and emerged as outsize pop stars. Florence and the Machine is fronted by a lady who sings the blues—but this Londoner is art-schooled, so her blues likely have shades of azure, cerulean, sapphire, and ultramarine. Ben Esser has the biggest quiff in British music since Morrissey. His electro-pop career is getting pretty big too. Not everyone gets the half-Argentine, half-English pop duo Heartbreak. 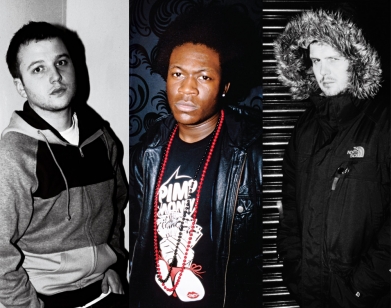 The latest music craze pulsing through London’s underground clubs is so loud that it can’t stay hidden much longer. Dubstep is less a party and more a sonic insurrection. If most of this decade has seen indie rock captured by the Brits, then 2008 is the year that American bands have seized it back. From Black Kids and Boy Crisis all the way to MGMT, the United States -finally boasts many of the world’s best new groups. The latest addition is the provocatively named San Diego four-piece the Muslims, whose members clearly don’t practice Islam and aren’t-they swear-out to make a sociopolitical point (“It’s just a catchy name,” says singer Matt Lamkin).