The Continuing Labor of Lowe 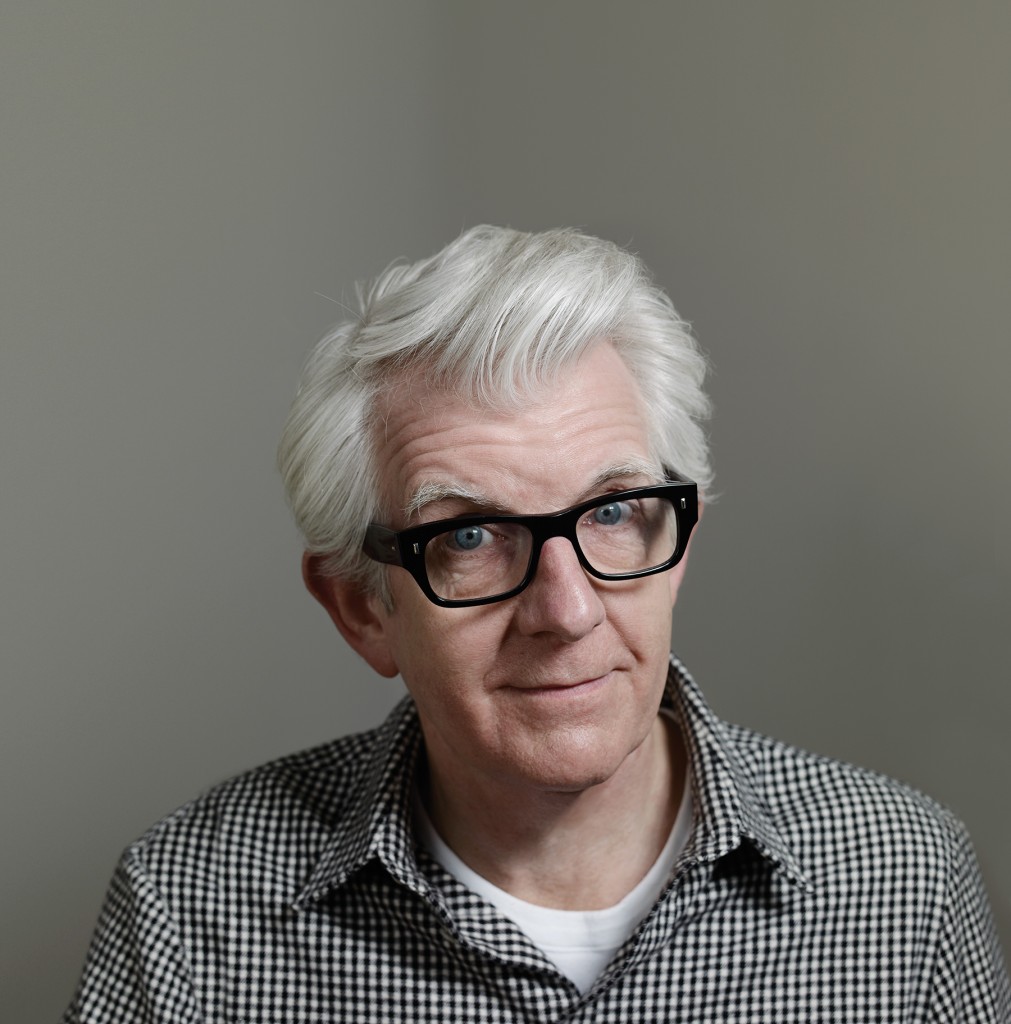 At 63, Nick Lowe is experiencing a musical rebirth. Once the writer of rock hits “So It Goes” and “Cruel to Be Kind,” Lowe is now content to slow down the pace, favoring instead stripped-down arrangements and ballads. The Old Magic, his latest album, includes originals with a few covers sprinkled in—notably, “The Poisoned Rose,” by collaborator and kindred spirit Elvis Costello. The two are inextricably linked, as Lowe produced Costello’s first five albums and gave Costello “(What’s So Funny ‘Bout) Peace, Love, and Understanding.”

This spring, Lowe is back on tour to promote the new album. We caught up with him over the phone and talked about aging in the music industry, favorite books, and the definition of a “pub bore.”

LEVY: Do you find it draining or is it still enjoyable playing to crowds every few nights?

LOWE: In a way, it’s less draining than it was when I was a young man. When I used to do it, we used to come over here and do these very, very long tours. In those days—when I was with Rockpile—we used to have a pretty good ol’ time. The show itself was a kind of unwelcome interruption [laughs] to the days’ carryings-on. So it was, in a way, a lot more draining then. But we had fun back then, and the audiences seemed to have fun. And even though it’s a little more sedate now, I take much more care over the shows than we did back then.

LEVY: What kind of show are you trying to create for your audience now?

LOWE: Well, it’s a very song-based show. I try to make it as much fun for them as I can, for the audience. I try and keep it conversational. I don’t do great long diatribes after every song, because my tunes are all short. So, I can do quite a lot of tunes in the show. But, I try to keep it friendly and fun and saucy and something that I hope younger people will go for as well, so I’m not preaching to the converted. I always dreaded, as I got older in the business, that I’d just have the same audience and still be doing the same stuff as I did when I had my career as a pop star in the ’70s. The worst thing is to just stay—your audience forces you to stay—like that; you can only do that stuff that you did back then. That was the thing I was really anxious to avoid if I could. I find I’ve got a lot more younger people who come and see me as well as the older. You know, everyone is welcome—we don’t get rid of anybody. [laughs]

LEVY: Set lists from your recent shows include a lot of songs from the new album, but also “Cruel to Be Kind” and “(What’s So Funny ‘Bout) Peace, Love, and Understanding.” How do you strike a balance between new songs and old songs? What no longer feels relevant or like something that you can play during your shows?

LOWE: It’s an interesting question, actually, because I love doing those songs—the ones you mentioned, “Cruel to Be Kind” and “Peace, Love.” They’re pretty old songs now; they’re more than 30 years old. I mean, “Peace, Love, and Understanding” is almost 40 years old. It really comes down to how good the song is; if the song is basically a good tune, it will stand the test of time. And, not only that, it will sort of evolve, almost without you having to do anything about it. They don’t play my old records that much on the radio, certainly not in the UK. But, occasionally they do and when they come on I’m amazed by how I think I’m still doing “Cruel to Be Kind” pretty much how it always went. But when I hear it come on the radio, I’m astonished by how sort of different it is than how we do it now. You know, we didn’t do that on purpose. It just sort of evolved of its on accord. And, if a song is any good, that’s what will happen: it just evolves and changes and it’ll take almost any kind of treatment. Some of the other songs, I just can’t do them. It’s just unseemly for a man in his 60s to sing some of those tunes that I used to get away with back then. I just don’t feel like that anymore.

LEVY: I guess I shouldn’t be holding my breath for “So It Goes,” then. [laughs]

LOWE: No, though, “So It Goes”—I do that one from time to time. We haven’t got that one on this tour. There are a few that people are disappointed if they don’t hear, but it’s too bad. I just can’t make it, I’m afraid.

LEVY: Your music is going through a bit of a resurgence, not only because of Curtis Stigers’s cover of “(What’s So Funny ‘Bout) Peace, Love, and Understanding” on the soundtrack to The Bodyguard, but I got introduced to “So It Goes” from the movie Wonderland, where the song plays in the background of a scene. Also, in 2008, Jesus of Cool was rereleased. How does it feel for you to have a second life in music, not only in the songs you’re creating now, but for your older material?

LOWE: It’s a terrific compliment. I’m very pleased about it, because I hoped that that would happen. It’s very strange, though, listening to Jesus of Cool and Labor of Lust. I had to listen to those records, which I hadn’t listened to for a long time, and it’s quite a sobering experience, because it’s a bit like somebody showing you a home movie of you at a rather drunken teenage party. It makes for uncomfortable viewing when you hear yourself as a kid, which in comparison to how old I am now, I was a kid. It’s a long time ago. It makes for quite uncomfortable listening. But especially with the songwriting, because you think, “Oh boy, you could have done that much better.” I sort of talk to my younger self and say, “Well, you had a great idea there. If only you’d have taken a little more care over it, you wouldn’t have done that stupid bit in the middle.” But, that’s what you did. I can understand why people like it.

LEVY: I know that you’ve also said that you’re not an autobiographical songwriter, but I get the sense that your songs at least come from a personal place of emotional honesty. So, for a song like “I Read A Lot”—do you, in fact, read a lot? [laughs]

LOWE: I suppose I do. I can’t really read much when I’m at home, because I’ve got a very young little boy. Every time I try to pick up a book he comes and bugs me about something or other. The only time I can really read a book is when I’m on the road. [laughs] I’ve got one, which I’ve just started now. Yeah, of course I like to read.

LEVY: What are you reading now?

LOWE: I’m reading a book by a guy who I’m a big fan of; I’ve only recently discovered him, a German writer called Hans Fallada. He’s dead now, but he wrote a fantastic book about working class people during the war in Berlin called Alone in Berlin—a really fantastic book. Ever since I’ve read that I’ve been reading his other books. Terrific writer.

LEVY: Is that a novel or is it nonfiction?

LOWE: Alone in Berlin was actually a true story, which he sort of embellished a bit about a couple whose son was killed on the eastern front. They were so disenchanted with the Nazi party that they decided to leave these postcards all over town saying, “Hitler’s a shit” and “They’re all bastards, don’t believe anything they say.” This is true and it caused a tremendous stir, because the people who found them were even scared to hand them in, in case they were accused of doing it. It’s a story about paranoia and how awful living under the Nazis was. It’s a really fantastic book; a real page-turner. He’s got a very direct style. He writes very much like an English writer I like a lot called Patrick Hamilton who wrote Rope and Gas Light, which Alfred Hitchcock turned into films. Hamilton wrote about pub life in London; pub bores. No one could write a pub bore like Patrick Hamilton.

LEVY: That’s not as much in the culture here. What exactly is a pub bore?

LOWE: You know what a pub is, don’t you?

LOWE: And you know what a bore is?

LOWE: Someone who is just kind of drunk and goes up to you and just sort of jabbers away in your ear; getting on your nerves and they just make a lot of noise and try to pick fights. Patrick Hamilton could write these pub characters so well, I think, because he was one himself. He’s a really great writer. He drank himself to death as well. He writes, again, about war time; slightly before the war, 1930s London. Hans Fallada is bit like a German Patrick Hamilton. They’re two of my favorites at the moment.

LEVY: Do you still find time to go to the pub? Is that part of your culture when you’re at home?

LOWE: No, I don’t really anymore. Pubs are closing down like mad. They’re almost a thing of the past, the English pub. They are closing at an incredibly fast rate. They are turning into flats and offices and things like that. People just don’t go to pubs anymore. It’s too expensive, they’re too noisy, and you can’t smoke in them—not that I smoke anymore. But, that was all part of it; the smoking and everything and they banned smoking. No one goes anymore. And my days of carousing like I once did are behind me now. I just can’t do it like I once did. I mean, I’m not . . . I still do like to have a drink, but I can’t carry on like I used to.

LOWE: Well, it was really great. It only really worked in London. It was a London phenomenon and it was really sort of bar bands. But, there were some great people who came out of it, like Elvis Costello, Dire Straits, Ian Dury, and Graham Parker. Really, really good people came out of that scene. I think that it could happen again. There’s a very young generation of bands in London. I get the feeling that something like that could happen again.

LEVY: And would you be glad if it did?

LOWE: Oh, I couldn’t care less, really. But for the sake of young musicians, I had such a great time when that was going on and I think it’s a great opportunity to play, learn your craft, learn how to work a room, and how to deal with an audience. And, to meet lots of girls.

NICK LOWE WILL PLAY AT TOWN HALL TOMORROW NIGHT. FOR MORE ON THE ARTIST, VISIT HIS WEBSITE. THE OLD MAGIC IS OUT NOW.