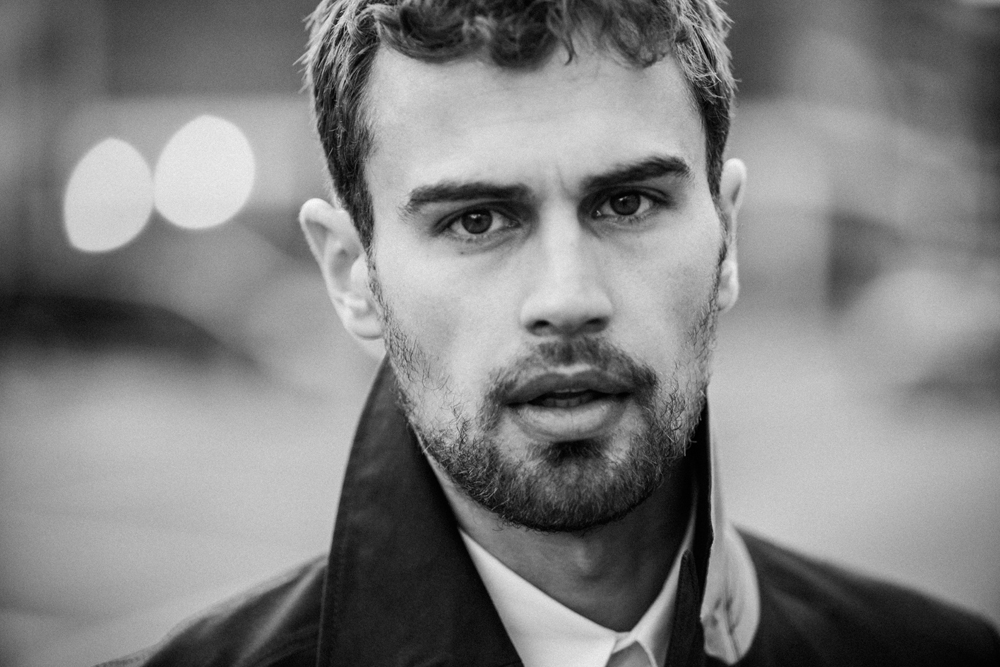 “I get to smoke crack!” says Theo James gleefully, referring to his role as a drug dealer in the dark comedy War on Everyone, which he finished shooting two days prior. The English actor made his first splash in 2010, as the dreamy, doomed Mr. Pamuk in an episode of Downton Abbey. However, he remarks, “People never came up to me about it, because I was wearing a wig.” That’s hardly his problem any longer, now that his portrayal of Four in the first two installments of the dystopian Divergent series has made him a certifiable heartthrob. Upcoming, aside from the starring role in John Michael McDonagh’s War on Everyone, James will appear alongside Rooney Mara in the thriller The Secret Scripture, and he has begun work on Allegiant, the two-part finale of the Divergent series.

Adding to his allure, the 30-year-old James is the face for Hugo Boss’s new men’s fragrance, Boss the Scent, the campaign for which debuts this month with a commercial directed by Darren Aronofsky and print advertisements photographed by Mert Alas and Marcus Piggott. “It came out of the blue,” he says of his ambassador role for Boss Parfums. “But classic masculinity is very interesting to me, because I’m more of an old-school-type dude.” Shooting the ads, he says, was “a funny learning curve. It’s strange to do, surreal. There’s no dialogue, so you have to invent a story in your head. Otherwise, you’re just standing there looking like a dude standing there.”

For James, no empty suit, it’s important to keep taking on unexpected projects. “When you’re in a franchise, you need to come up with things that are very different,” he says. “Sometimes that can be hard, because you do a big blockbustery-type thing, and the things that come easy are similar to that. You need to avoid that temptation, because I do think it will affect your career in the long term. I like doing things I find interesting and wacky.”