By Staff and Jil Derryberry 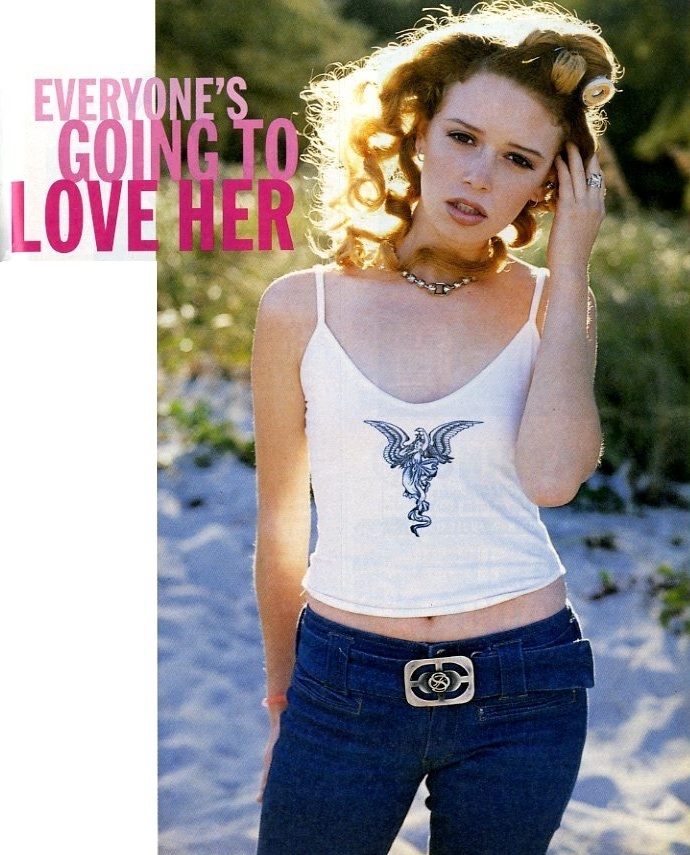 Earlier this week, a photo of a young Natasha Lyonne decked out in full ’90s fashions (spaghetti strap tee with an angel on it; a metal chocker etc.) surfaced on the Internet. The source: Interview‘s January 1997 issue, which also featured Neve Campbell and the Spice Girls, with Edward Norton as the cover star. It was before American Pie and the Slums of Beverly Hills, and long before Orange is the New Black, but Lyonne was just as quick and funny then as she is now.

There are plenty of bright you things in Woody Allen’s newly released musical, Everyone Says I Love You, and none packs as much wattage as 17-year-old Natasha Lyonne in the role of Allen’s whip-smart daughter. So, how does a young woman whose last singing gig was covering Janis Joplin tunes in a garage band find herself warbling “My Baby Just Cares for Me” on the diamond counter at Harry Winston? “A grave mistake,” deadpans Lyonne, who began developing her comic timing as a frequent visitor to Pee-wee’s Playhouse. “But Everyone Says I Love You is not your typical musical. It’s more like when you’re in the car listening to the radio and you just have to sing along. You wouldn’t necessarily ever express yourself that way outside of the car, but this is a movie—you can get away with a lot more.”

As for effervescent, self-assured Lyonne, she’d probably sing wherever and whatever struck her fancy. This is one high school senior who prefers absurdist French literature to the recommended reading, and admits that “Oasis and Alanis Morissette are way beyond my comprehension. Me, I’m just going to sit back and listen to Tom Waits until they both blow over.”

THIS ARTICLE INTIALLY APPEARED IN THE JANUARY 1997 ISSUE OF INTERVIEW.