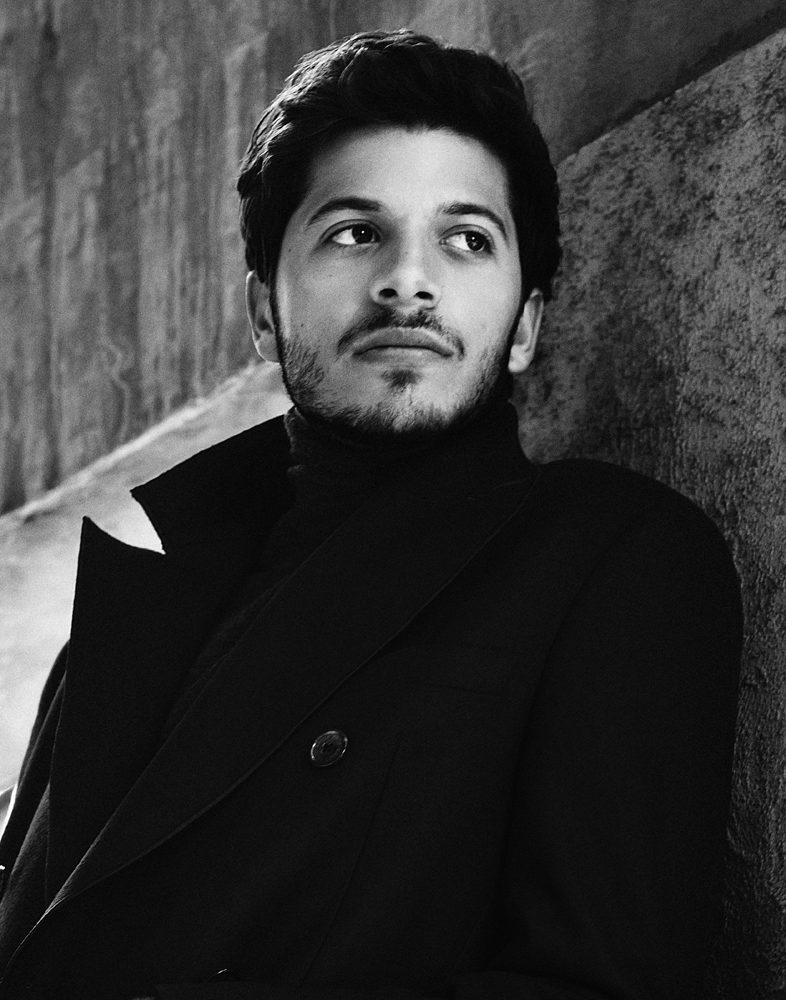 British up-and-comer Dimitri Leonidas, who got his first major role as a featured tween on the U.K.’s long-running Degrassi High-analogue Grange Hill, is having a get-serious moment. Over the course of the next year, the 26-year-old actor will figure prominently in two buzzy films based on real-life events that are doubly compelling when you consider some of the people involved: The first, the new World War II drama The Monuments Men, is directed and co-written by George Clooney; while the second, the Iranian political drama Rosewater, is the movie Jon Stewart took three months off from The Daily Show this past summer to helm. In Monuments Men, which is out next month, Leonidas plays Sam Epstein, a heroic American soldier, opposite Clooney, Matt Damon, Cate Blanchett, Bill Murray, and Jean Dujardin, in a sort of bookish Ocean’s Eleven (2001) about a team of museum directors, curators, and art historians who race against time to protect the buildings, bridges, and art under siege by the Nazis. “The vast amount of stuff that was stolen—you can’t really imagine,” says Leonidas. “I heard that there are still vaults full of artwork that they just don’t know who it belongs to. Floor-to-ceiling warehouses full of art that was rescued from the Nazis.” A week after wrapping Monuments in Germany, Leonidas was in Jordan playing a Muslim street hustler in Rosewater, Stewart’s meta-project about Maziar Bahari, an Iranian-Canadian journalist (played in the film by Gael García Bernal), who was imprisoned in Iran in part because of a misunderstood appearance in a satirical segment on The Daily Show (which the film re-creates). The two roles signify a sudden change of trajectory for an actor who describes his career so far as the sum of “little bits and pieces.” “At the time, you’re just trying to do the job,” Leonidas says of working with his new colleagues. “But I definitely had a few moments where I was like, ‘This is mad because they all have bodies of work that are full-scale amazing.’ ” But it’s not all history lessons for Leonidas, whose interests span everything from Stanley Kubrick’s Eyes Wide Shut (1999) to the new crowd-sourced video-gaming console Ouya. “I like to be surprised,” he says of his future. “It’s nice to read things that play with you a little bit.”