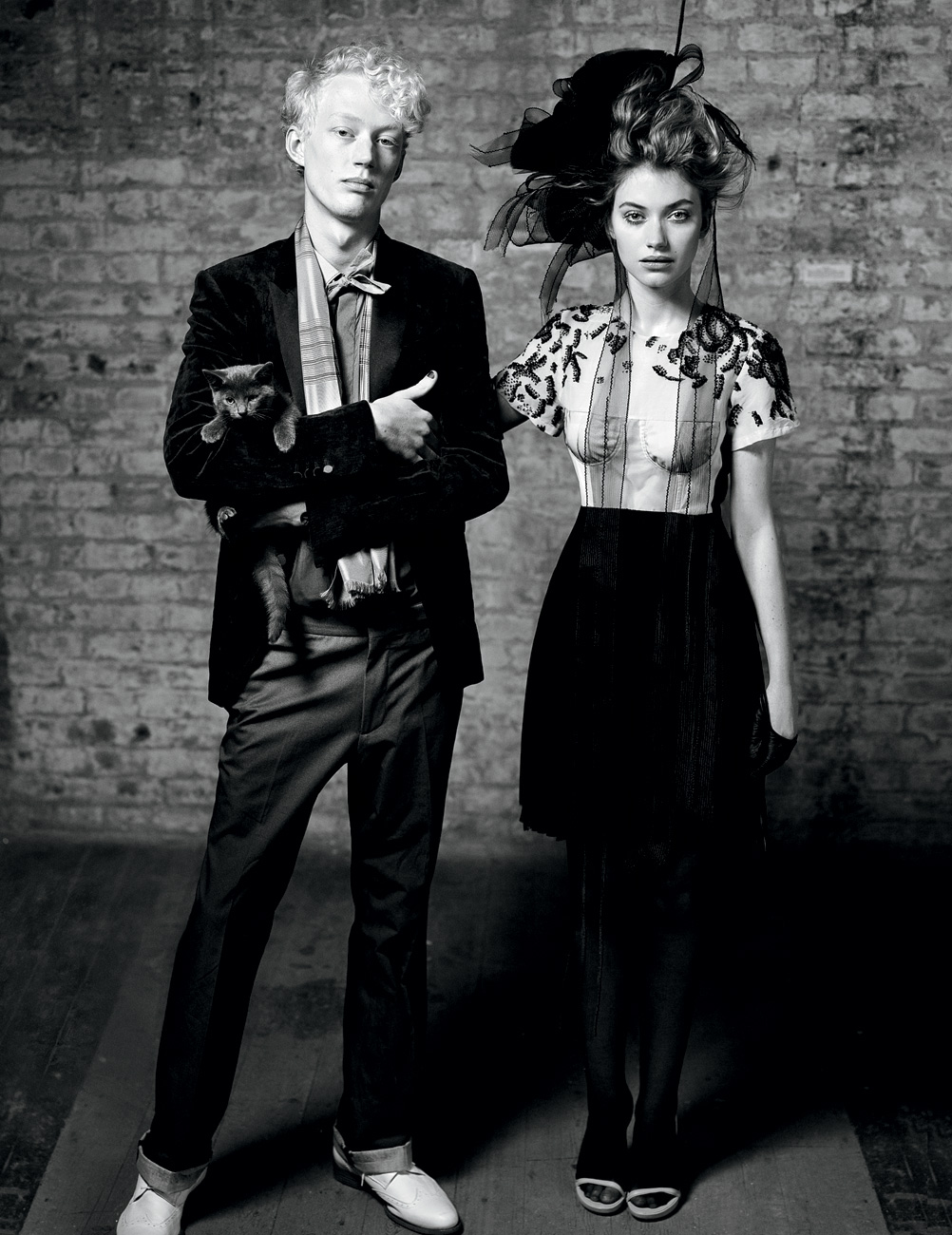 While the world of fashion turns its attention to the renewed energy of London’s young designers, a new breed of dynamic duos is emerging on the city’s scene-unique unions of talent, romance, style, looks, and, in one case, lineage who are as attached at the hip as they are defiantly individual. We celebrate the city’s coolest pairs, wearing the season’s best of British.

Tanner, on how the two met: “It was one evening at the house of a tattoo artist. I was getting something small behind my left ear, and Alice’s friend happened to be getting a tattoo, too.”

Paget, on how the two met: “We hated each other at first. But we were reintroduced a couple years later, and One day Jasper gave me his arsenal scarf because it was cold out. later, I went inside and realized I was still wearing it, so I ran out to give it back to him. He put it around my neck and pulled me in for our first kiss.”

Delevigne, on how the two met: “i ran into him at his ex-girlfriend’s place. I had come over with some friends. I don’t think he was very impressed as I climbed into bed and proceeded to chat with him! We continued to bump into each other but fell in love five years later in Ibiza. It was after a day on the beach, and that was it, really. Apparently, if you find love there it lasts forever.”

Korzun, on how the two met: “It happened four years ago-on Myspace of all places! Within weeks of meeting each other in person, we moved to London to be together.”

Kurata, on how the two met: “We were at a friend’s party. Leah was learning
Japanese and decided to show off her skills. I was really impressed.”

Willing, on how the two met: “I first met Jethro about a year ago at a fashion show after-party
in Australia. Then we met in London through friends at the cat & mutton pub and we’ve
been together since! Falling in love with Jethro has been wild fun. he’s a very talented man.”

Alex, on their brother-and-sister relationship: “She’s everything I’m not, and is therefore essential to the way I construct myself.”