Life After Death with Nate Lowman 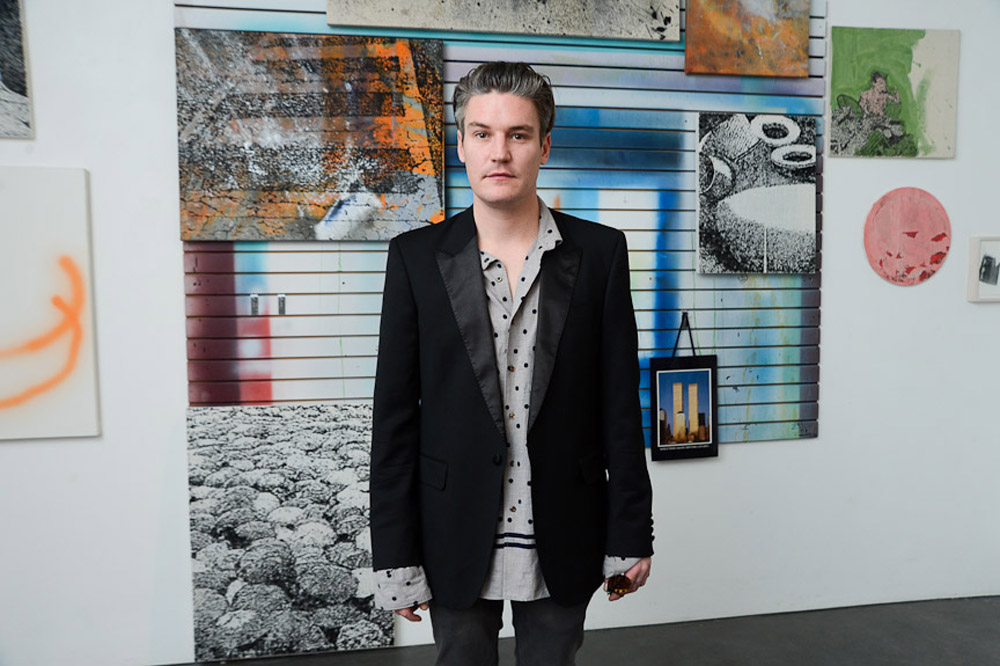 It’s easy to read echoes of the apocalypse in Nate Lowman’s current exhibition at the Brant Foundation Art Study Center, “I wanted to be an artist but all I got was this lousy career” [through March 2013]. Works include recent paintings, collage, and sculpture, as well as Four Seasons (2009-2012), a room-sized installation that transforms each season into a verb (wintering, springing, summering, and falling). They are represented by images—a man falling from the WTC’s crumbling North Tower, workers in Cancun picketing for fair wages during spring break—that seem to hark the downfall of society. “I do believe that I will see the apocalypse in my lifetime,” Lowman told Interview. “And when it comes, I’m not repenting for anything I’ve done.”

Featured is a new series of crucifixes made from New York City tow-truck equipment. Lowman creates work inspired by imagery and objects he finds serendipitously—on the sidewalk, in the garbage, pasted to fridges, buried in shoe boxes. Lowman allows these images to enter into a dialogue. Just days, before the exhibition opened, Lowman had Hurricane Sandy on his mind. In Autocide (2012), an oil and alkyd on canvas, an image of a defiant girl eating an ice cream cone is superimposed with the words, “I’ll be dead soon.”